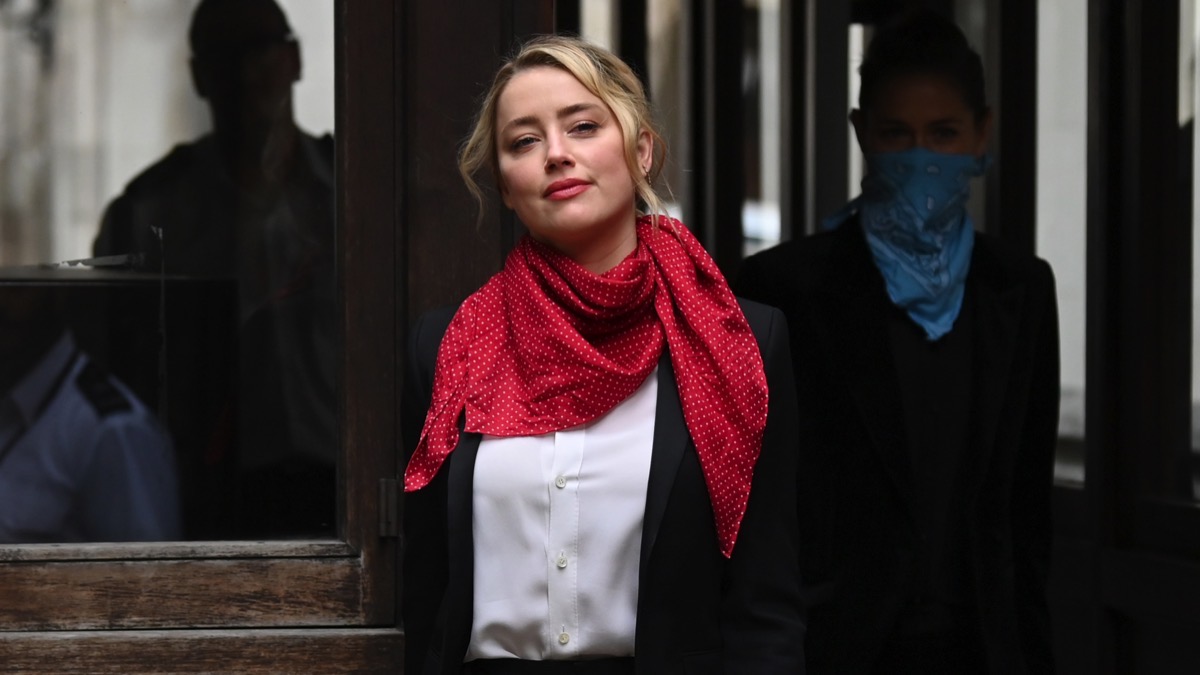 Another day, another ridiculously awful set of accusations are revealed or denied during testimony for Johnny Depp‘s libel trial against The Sun.

It has been a few days since we covered the trial because frankly, we got bored with the awfulness and outrageousness of it.

Honestly, no matter what the outcome of the libel trial, Johnny Depp and Amber Heard‘s reputations have been trashed. That said, it’s Hollywood, so their careers will still flourish, but come on, will anyone respect either of these two again?

Let’s dive in to the latest news from the trial.

A leaked video calls into question important testimony given by Amber Heard’s sister on the fourth day of defense testimony against Heard’s ex-husband, Johnny Depp, in Depp’s libel trial against the Rupert Murdoch-owned British newspaper, The Sun.

Depp’s attorneys were asking the court about the video before the fifth day of testimony began, as Depp’s legal team believes that this leaked video showing Amber Heard abusing her sister, Whitney Henriquez, contradicts Henriquez’s testimony on Thursday about Depp abusing her sister. They wanted to use the video to cross-examine Henriquez.

Henriquez is a very important witness in this libel trial because so far she is the only third party yet who has testified that they actually saw Johnny Depp hit Amber Heard. Henriquez testified that she saw Depp hit Heard “really hard in the head … multiple times” in March 2015 in an altercation that is now being referred to in the trial as the “stairs incident.”

Heard had previously testified that she had remembered a rumor that Depp had thrown one of his ex-girlfriends, Kate Moss, down the stairs, and Heard believed that Depp was about to do the same to her younger sister, Henriquez.

Therefore, in an attempt to protect her sister, Heard punched Depp. Heard and her sister then alleged that Depp proceeded to pummel Heard with blows.

Aafter Depp’s attorneys finished their cross-examination on Thursday afternoon (July 23, 2020), they revealed that they had received an anonymous leaked video that allegedly shows Heard attacking her sister.

“We were contacted to explain Amber Heard has a history of violence and attacking people,” Sherborne told the judge after asking that Henriquez, who is due back on the stand today, wait outside the courtroom during the disclosure.

“The material, we say, demonstrates Whitney Heard lied yesterday,” said Sherborne, who wants the surprise video admitted, according to the Evening Standard. “It goes to the issue of whether or not Ms. Heard was violent.”

Sherborne also asked the judge to bar the Heard, who was in the gallery, from “using her phone” to communicate with her sister.

But the judge said he had no reason to believe Heard had not complied with the instruction not to talk to her sister about her testimony.

In the video, which was played in court today (July 24, 2020), shows Henriquez, by a pool with her friends. In the clip, a woman can be seen inspecting Henriquez’s cheek and arm.

The woman asks, “Did you get in a fight or something?”

“I can’t believe Amber beat your ass. I know you could beat her ass,” the woman says. “Whitney, truth or dare? Did you really start the fight with your sister? Or did she start it? For real for real for real.”

Henriquez once again responds: “We’re not going talk about that.”

“She really did whoop your butt,” the unidentified woman continues in the footage, which was filmed as part of a previously unseen reality TV show from 2006 or 2007.

Henriquez told the court today: “First of all that was a really bad reality show. We were referring to a verbal argument my sister and I got into.”

Asked if she had told her friend of a physical fight with her sister before the cameras started rolling, she said: “I did not discuss anything other than a verbal argument with my friends off-camera.”

“I was not talking about a physical fight, that person is inferring, trying to make a storyline, albeit a bad one, interesting.”