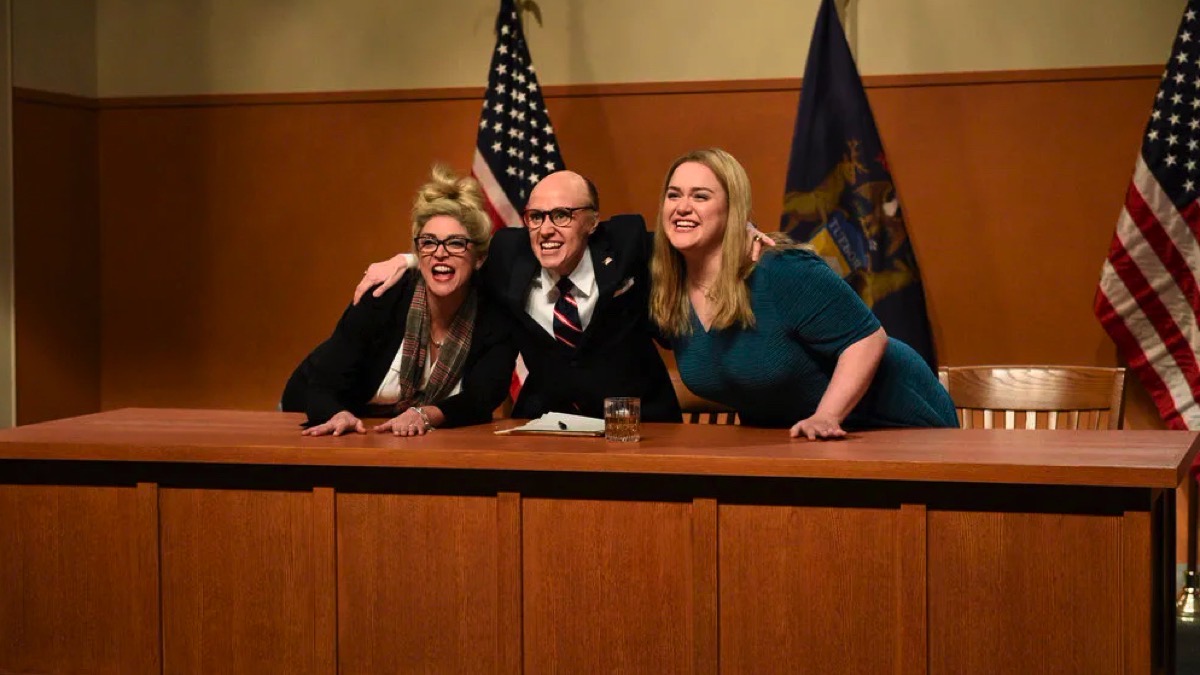 Saturday Night Live didn’t waste any time in giving the people what they wanted in its latest episode, leading things off with a spoof of Rudy Giuliani’s Michigan election hearings for its latest new episode on Saturday. That included a pitch — or perhaps pitcher — perfect impression of one of his star witnesses by Cecily Strong.

The cold open stayed political for the Jason Bateman-hosted episode, as despite the election being long over Donald Trump’s lawyer has put together an impressive string of legal losses that continue to make headlines. And possibly rumblings out of Giuliani himself that have made them go viral for all the wrong reasons.

And with Strong ready to knock her impression of a slurring, unhinged “star witness” for the Trump campaign for Kate McKinnon’s Giuliani out of the park, the cold open topic was a no-brainer. There was Giuliani making noise of his own to start, then a rotating cast of characters making things up about the election and false claims of widespread fraud that somehow mean the election was stolen from Trump.