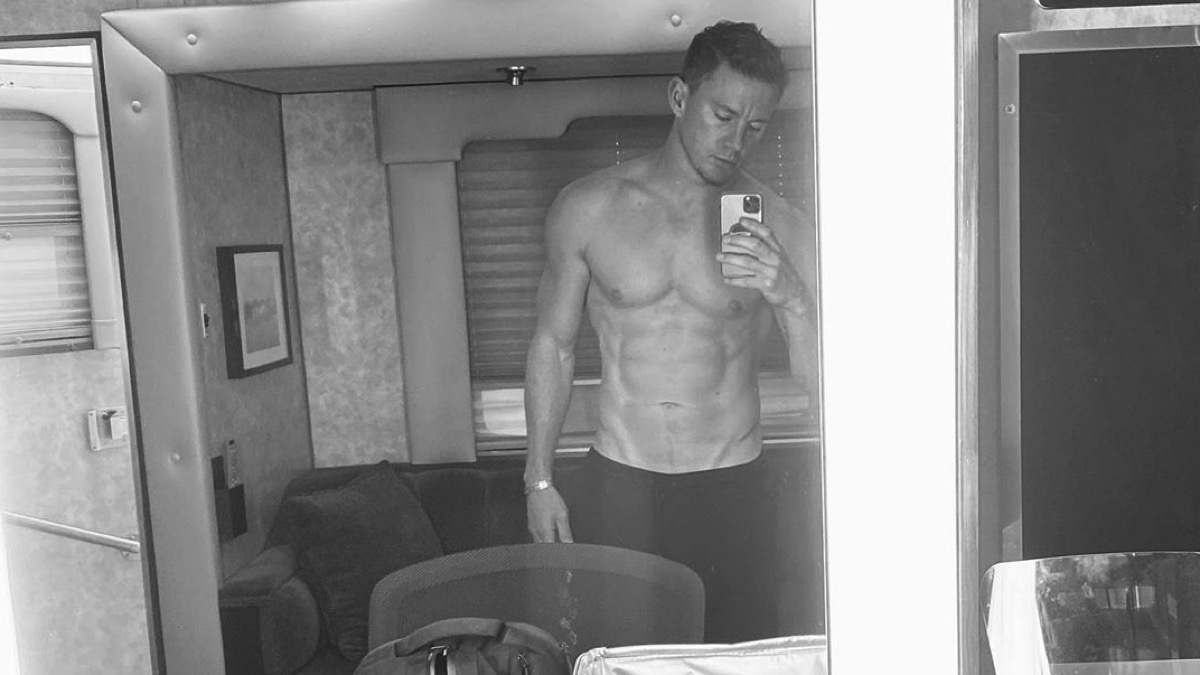 In today’s Quickies, we are trying out something new. This post will be updated throughout the day with more news, so check back!

Channing Tatum is looking really good these days. He gave an update in an Instagram post about what he’s up to.

“It’s been a long road back. Injuries, life shit, and just insanity in general. Ha daddy is finally back boooi!! Gonna be a fun next 10 year run. To all those that have been there for me and held me down through it all. I love you. I’m gonna make ya proud. Let’s goo. Also peep the purell bottle. Keep it clean out there folks. Hahaha”

Billie Lourd is a mom! The actress welcomed her first child with fiancé Austen Rydell​.

Tory Lanez is denying that he shot Megan Thee Stallion in a new song. Megan has accused of shooting her in the foot in an unexplained incident in July, dropped a 17-track album Thursday night (September 24, 2020) in which nearly every song addresses the incident and its fallout, and what Lanez apparently perceives as a betrayal from nearly all quarters.

The new album, Daystar, may forever remain most famous for asking the musical question: “How the fuck you get shot in your foot, don’t hit no bones or tendons?”

Lanez continues, “How the fuck your team is trying to pay me in some whole millions? / I just lost like $10 million because this cold business / But I got like 10 million followers that’s gon’ roll with me / Fans that support me because they know my heart.” [Page Six]

Megan, your up next.

Rebel Wilson attended the Monte-Carlo Gala For Planetary Health in Monte-Carlo, Monaco, with new guy Jacob Busch as her date. Rebel donned a gown from the Rene Ruiz Collection for the event, which raises money for environmental initiatives and promotes sustainable development.

Earlier that day, she and Jacob were seen hanging out on a helicopter pad with stars like Kate Beckinsale and Helen Mirren on Rebel’s Instagram.

Busch previously dated Real Housewives of Beverly Hills alum Adrienne Maloof. They were initially linked in 2013 before splitting in 2015. They reconciled in 2017. [E News!]

30-year-old Princess Eugenie, who is the daughter of Queen Elizabeth‘s son Prince Andrew and his ex-wife Sarah Ferguson, Duchess of York, and her husband Jack Brooksbank are expecting their first child together, Buckingham Palace has announced.

An official statement said: ”Her Royal Highness Princess Eugenie and Mr Jack Brooksbank are very pleased to announce that they are expecting a baby in early 2021.

“The Duke of York and Sarah, Duchess of York, Mr and Mrs George Brooksbank, The Queen and The Duke of Edinburgh are delighted with the news.”

Charlie Puth goes shirtless on TikTok, because why the hell not?

On Friday (September 25, 2020), Collins announced that they are engaged! Along with posting a series of pics, she wrote, “I’ve been waiting my lifetime for you and I can’t wait to spend our lifetime together…”

Harry Styles appeared to be in good spirits as he enjoyed a dip in the pool and soaked up the sunshine at his villa on Italy’s Amalfi Coast on Friday (September 25, 2020).

The singer, 26, flaunted his tattooed torso as he took in the stunning scenery and was seen putting on an animated display as he chatted to his creative director Molly Hawkins. [Just Jared]

Dorinda Medley acknowledges that she should have sat this past season of Real Housewives of New York City out to focus on herself. “I think that I was more overwhelmed this season than I’ve ever been,” Medley said. “I don’t think I reached out for help enough.”

She said between her house flooding, splitting from boyfriend John Mahdessian, breaking a rib and her dog, Lucy, dying, “I couldn’t catch a break.”

“I just didn’t want to be there,” she continued, “I was angry. I was really angry about what was happening. I definitely projected it.” [Page Six]

Just a reminder that Sterling K. Brown would like you to vote.