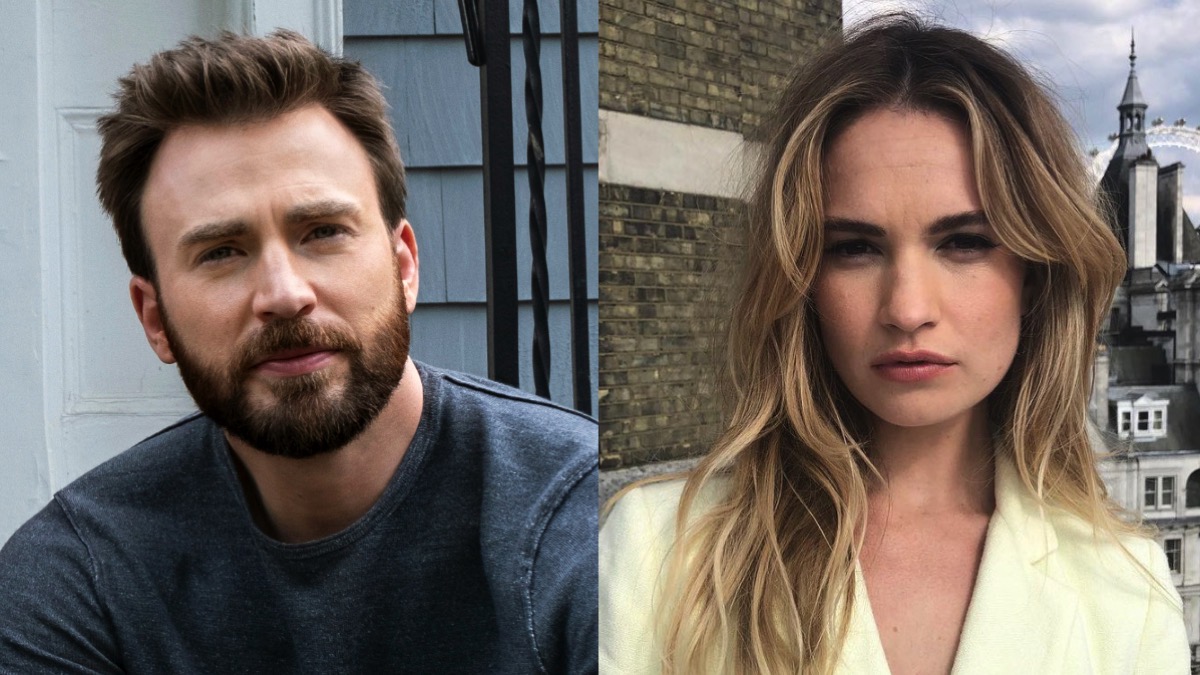 Say hello to the new Ben Affleck and Ana de Armas! Chris Evans and Lily James seem to be heating up as they were spotted on an ice cream date.

A few days ago, we saw the duo hanging out in London and arriving at Evans’ hotel together.

Heading to the private members locale Mark’s Club in London’s Mayfair on July 4, 2020, James and Evans were spotted leaving the venue together in the early hours of the following morning, the pair reportedly sharing a taxi as they concluded their evening out and made their way to the Corinthia Hotel.

In a new set of pictures that is now going viral, Evans and Evans and can be spotted with Lily James in a park and the duo are also seen eating ice cream in a London park.

The lovebirds were both wearing face coverings, with Lily with a light blue scarf and Chris with a New England Patriots mask as they strolled, chatted, lounged on the grass, and ate ice cream together.

Prior to her recent linking to Evans, the Mamma Mia! Here We Go Again actor dated The Crown’s Matt Smith. Beginning to date in 2014, the couple remained together for years, before rumors of a breakup began swirling in December 2019 after James and Smith hadn’t been sighted together for months.

Evans has reportedly been single since he and actor Jenny Slate broke up in 2018.