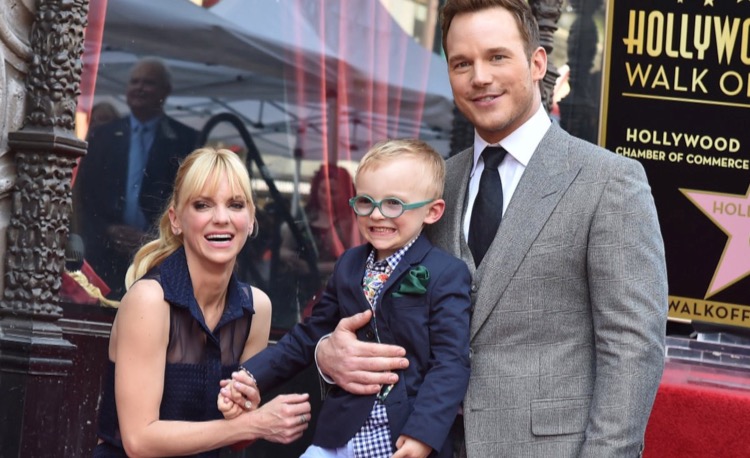 All for the kid! Sometimes you gotta suck it up. Anna Faris and Chris Pratt‘s son Jack had one special Halloween with mom and dad — and their new significant others!

Kim Kardashian slammed for using the R word. Kardashian used the word “retarded” in an Instagram video after people didn’t understand her and Jonathan Cheban‘s Halloween costume as Pamela Anderson and Tommy Lee. She has since apologized.

The cast of The Brady Bunch reunites for HGTV stunt TV show. The six actors reunited at the North Hollywood home that served as the exterior for the iconic 1970s series. HGTV purchased the famed home in August after a much-publicized bidding war with ‘NSYNC singer Lance Bass.

Pop singers Halsey, Shawn Mendes, Rita Ora, and Bebe Rexha are all scheduled to perform in the upcoming Victoria’s Secret Fashion Show. The annual extravaganza will be shot in New York City and will on Dec. 2.

Mike Sorrentino tied the knot with his college sweetheart, Lauren Pesce, today. The newlyweds were joined by their family and Jersey Shore cast members at The Legacy Castle in Pompton Plains, New Jersey.

Mel B showed just how petty she can be. Mel B walked the red carpet at Heidi Klum’s annual Halloween party dressed as ex-bandmate Victoria Beckham and seemed to confirm Posh would not be joining the Spice Girls on tour.