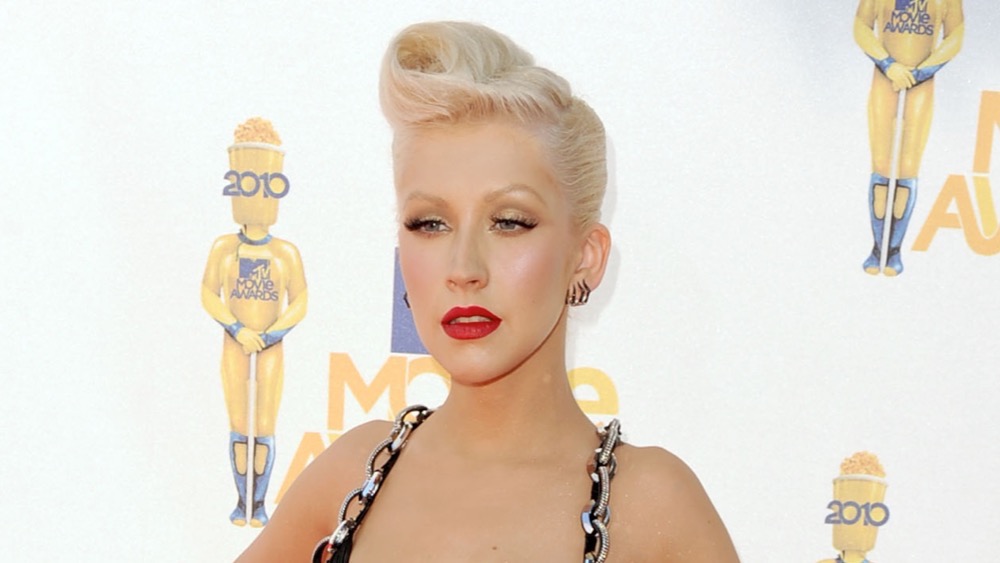 It turns out that Christina Aguilera doesn’t exclusively appreciate the art of music. She also appreciates the art of Penis Puppetry…yes, you read that correctly.

Christina, along with fellow-mom and penis-lover Nicole Richie, attended Puppetry of Penis at the Coast Playhouse in West Hollywood on Tuesday night.

What exactly does this show entail, you ask? Well, male performers indulge the audience in some “dick tricks” (some entitled “weed snipper,” “baby bird,” and “Loch Ness Monster”)…I’ll leave the rest to your imagination.

But don’t be fooled–this show actually won a Tony Award! Plus… what’s wrong with indulging in a little penis every now and again? Christina deserves it after working tirelessly on her long-anticipated album.

Christina previewed 18 seconds of her upcoming single entitled “Not Myself Tonight” via her website on Friday.

WATCH: Christina Aguilera Sure Does Know How to Sell Donuts

The full single will debut on March 30th, from her new album Bionic. Collaborators include Goldfrapp, Sia, Ladytron, Santigold, and Le Tigre; sounds amazing if you’re a pop junkie like me!

“It is something I don’t think anyone will expect,” Aguilera said. The album will include “electronic and organic elements with subject matter ranging from playful to introspective.”

But don’t worry… she is still sticking to her penis-loving xXxDiRtYxXx roots. The first single includes quite a few F-Bombs.

Socialite Life debuted back in 2003. SL Flashback showcases some of our favorite content from years past. This article was originally published on March 27, 2010.

Congrats to Kim Cattrall on Her New Show!