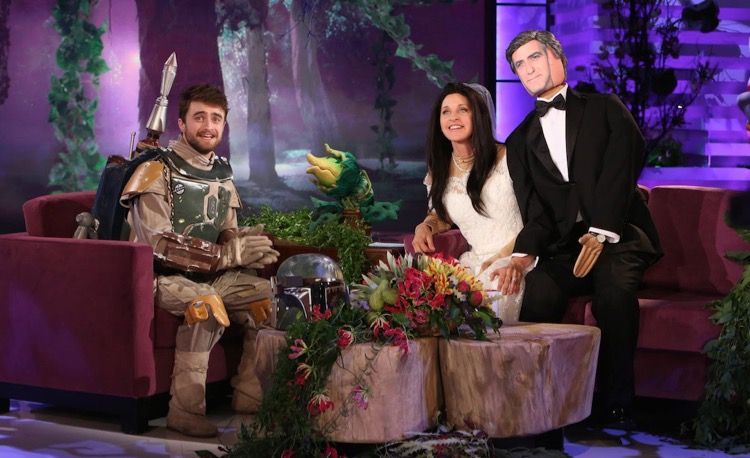 What was that noise? Oh, just the sound of my ovaries exploding as Daniel Radcliffe and Star Wars come together once again.

The actor is rocking the most perfect Boba Fett costume on the Halloween episode of The Ellen DeGeneres Show today and I’m pretty much obsessed with it. Between this and his rapping on The Tonight Show, I’m feeling emotions for Daniel Radcliffe I didn’t know I could feel.

Plus, him talking about never going trick-or-treating as a kid is pretty adorable.

Fun fact guys: Halloween wasn’t that big of a thing in England. “It’s kind of catching on now,” Daniel told Ellen, “But when I was a kid it was really not big, for whatever reason. I’ve never been trick-or-treating in my life, which is a fact that sort of amazes a lot of people and I think I’m maybe missing out a little bit.”

But don’t worry guys, he still “got candy.” Plus, you will never believe who 6-year-old Daniel dressed up as. Sure it’s no Boba Fett, but it’s still good. Check out the video above to hear all about Daniel’s childhood Halloween. Oh! And go see Horns. I saw it the other night and it’s awesome.

This article was originally published on October 31, 2014.