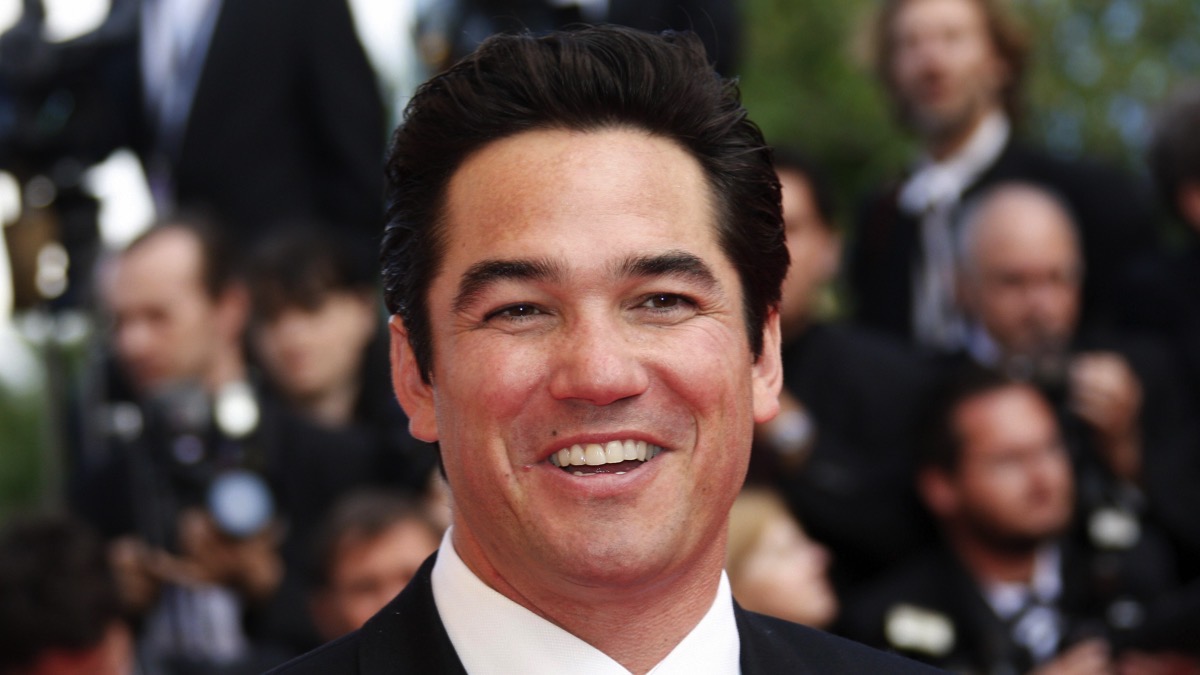 Dean Cain has suggested he wouldn’t be allowed to say Superman’s catchphrase in a modern version of Lois & Clark: The New Adventures of Superman.

Cain is most famous for playing the part of Clark Kent, aka Superman, in the hit TV series back in the 1990s. Since then, he’s revisited the world of Superman with an appearance on Smallville and a more substantial role on Supergirl as Kara Danvers’ adopted father.

Cain has been very open about expressing his political opinions, as evidenced by an interview with Ainsley Earhardt, which was then shared by Bobby Lewis on Twitter.

During the interview, Cain was asked about his views on the recent Black Lives Matter protests and calls to “defund the police.” A recent Time Magazine editorial had extended this to the superhero genre, suggesting superheroes are basically cops with capes, who operate without any sense of accountability.

A clearly outraged Cain insisted the whole discussion is baseless and that he is appalled at how restrictive popular culture is becoming.

“This whole cancel culture thing that we’re living in right now is crazy,” Cain insisted. “It’s like an early version of George Orwell’s 1984. Up is down, war is peace, freedom is slavery, ignorance is strength. You know, that’s newspeak, and it’s crazy… This stuff just all drives me insane. I promise you, as Superman, I wouldn’t today be allowed to say, ‘Truth, justice, and the American Way.'”

Cain was criticized by comic book writer Tom King (Mister Miracle) for remarks that one of the Man of Steel’s signature monikers wouldn’t be allowed to be said in today’s political climate.

King responded “Mother Fucker, I put it in a comic this year. smh,” with a page from his Superman series that shows Superman stating that he believes in truth, justice, and the American Way.

Kate Beckinsale clapped back at several trolls after they took to the comments section of her Instagram and critiqued her love life.

The British star wore googly eyes all over her face and captioned the post, “Nightclubs are closed but we have googly eyes and mostly it’s the same except less risk of illness and no one has wee’d all over the ladies loo seat.”

It was then that one follower wrote, “Why do you keep dating guys that could be your children?”

Beckinsale didn’t let the comment go unnoticed, replying, “Every relationship I have had has been solely to annoy you.”

The actress has been linked to 26-year-old Pete Davidson, 24-year-old Matt Rife, 31-year-old Jack Whitehall, and most recently was snapped holding hands with 23-year-old musician Goody Grace. (Us Weekly)

■ Ghislaine Maxwell, the ex-girlfriend and longtime associate of the late financier Jeffrey Epstein was hiding out in style: her luxury timber-framed home perched on 156 acres of New Hampshire forests boasts dramatic views but is secluded enough to have kept her out of eyeshot of the tight-knit. (Reuters)

■ The CW has opted not to proceed with the second season of Katy Keene. Warner Bros. Television, the studio behind the Riverdale spinoff headlined by Lucy Hale, is planning to explore options for keeping the show going. (Entertainment Weekly)

■ Everything you want to know about Jada Pinkett-Smith‘s alleged love August Alsina. (Vulture)

■ Actor Adam Perry wants to you to take COVID-19 very, very seriously. And he should know, being a survivor of the virus. (Boy Culture)

■ Despite his status as one of the hottest mask-wearers around, NBC News correspondent Morgan Chesky has tested positive for the new coronavirus. (Kenneth in the 212)

FedEx has asked the Washington Redskins to change its team name, which many people consider a racial slur against Native Americans.

A FedEx spokesman said “We have communicated to the team in Washington our request that they change the team name.”

FedEx is the most important business partner of the team to take a stance against the name yet. It bought naming rights to the team’s home stadium, FedEx Field, in 1998 for $205 million in a deal that runs through 2025. Frederick Smith, FedEx CEO, is a minority owner of the team. (ESPN)

Nike was one of three companies to reportedly have received a letter recently from investors asking that it sever ties with the Washington Redskins unless the team changes its name.

Another of those companies, FedEx, responded Thursday by formally requesting that the team change its name. Nike and the third company, PepsiCo, have yet to respond, but there is a major omission from the Nike website that maybe hints at what’s to come.

Nike, the NFL’s official gameday uniform supplier, is no longer allowing customers to purchase Washington apparel from its website. The Nike.com NFL page has every team listed on the left sidebar except Washington. Furthermore, its shopping filters also omit Washington and its search function pulls up other teams but no results for Washington.

It’s unclear when Nike made this change to its website. (Newsweek)

■ Hell has frozen over! Texas Governor Greg Abbott issued an order Thursday requiring all Texans residing in counties with more than 20 cases to wear a face mask while in a commercial space or public buildings or when in an outdoor setting that does not allow for 6 feet of physical distancing. (Texas Tribune)

■ Tucker Carlson 2020? Tucker Carlson’s audience is booming — and so is chatter that the popular Fox News host will parlay his TV perch into a run for president in 2024. (Politico)

■ A husband and wife were charged Thursday with felonious assault, a 4-year felony after a video captured a woman pulling a gun on a mother and her two daughters went viral Wednesday. (The New York Times)

■ This is one pretty damning ad from Joe Biden.

■ Eric Trump decided to post a photo of Ghislaine Maxwell with Clintons to shame them in a now-deleted tweet and it backfired spectacularly! Twitter responded with the following: