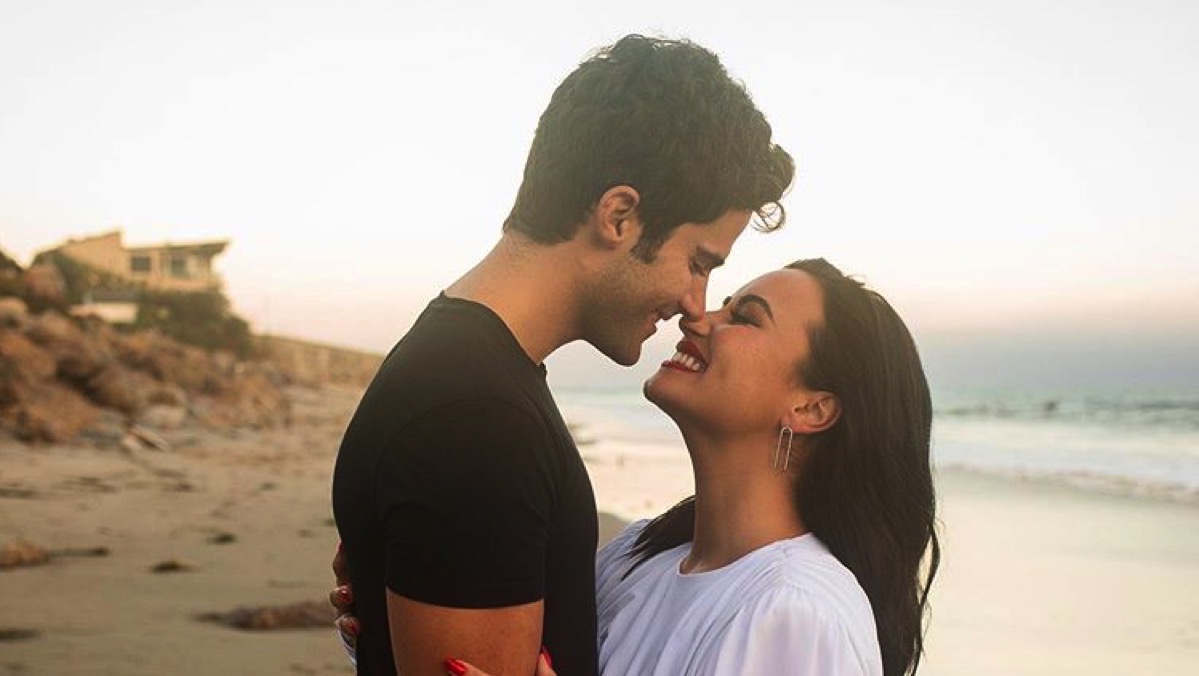 A mere 64 days after they became engaged in Malibu, Demi Lovato and Max Ehrich have ended their relationship.

A source close to the couple said they’ve decided to focus on their careers and still respect and love one another.

“It was a tough decision, but Demi and Max have decided to go their separate ways to focus on their respective careers,” a source told People. “They have respect and love for one another and will always cherish the time they spent together.”

Shortly after the news broke, 29-year-old Elrich took to Instagram to post a message that simply said, “Jesus Loves You.”

E News reports, the couple had been having several issues for a while, specifically when Ehrich was preparing to head to Atlanta to work on a film.

“They were arguing a lot and Demi didn’t want him to go without her,” the source told E News. She did end up traveling with him to Atlanta, which is why she started questioning his intentions with her.

“There has been a lot of tension and Demi left him to get a clear head,” the source said. Lovato was realizing “she didn’t know who Max truly was and didn’t think he had good intentions. There were many red flags she was ignoring and trying to turn a blind eye to.”

“She doesn’t trust him and thinks he’s sketchy,” another source told E News. She “feels he proposed to get attention.” While the engagement happened just after five months of dating, Lovato was indeed in love with Max, but she wasn’t convinced that he was with her.

Demi and Max spent together included a coronavirus quarantine, which saw the couple appearing on social media and even popping up in Ariana Grande and Justin Bieber‘s “Stuck With U” music video.

Following the engagement, Lovato wrote that Ehrich is the person who made her want to “to be the best version” of herself.

“Happy 6 months to my darling, the best father these pups could ever ask for. I love you BEYOND. Thank you for making my life so much better @maxehrich 💖💖💖 I love you baby 💞💞💞,” she wrote on Instagram.

There was mounting speculation that the relationship was in trouble after Lovato to years-old tweets Ehrich purportedly posted about Selena Gomez, Ariana Grande, Gigi Hadid, and more celebrities went viral.

He seems to be particularly obsessed with Gomez (Lovato’s former best friend), whom who wrote multiple times about how he wanted to marry her.

One from 2010 allegedly read, “Hahaha selena gomez and demi are cute togueter [sic] but boy if you think demi is prettier…you’re WRONG!” Fans also flagged alleged comments he has made on other pop stars’ social media posts.

Ehrich also gushed about Gomez in an old Instagram Live video, addressing his tweets about her and his longstanding crush.

“I think she’s an extremely, extremely, extremely talented girl, and I’ve actually had a major crush on her since 2010,” he started. “And I—my teenage self, like, said it in an interview as well so it’s kind of been this ongoing thing but then like obviously I put it out on Twitter, and I didn’t even realize that would catch like—that people would take that like seriously.”

Before long, Demi addressed the resurfaced tweets in a statement posted to her Instagram Story, writing, “It’s really sad when people FAKE images to put women against each other…If women have conflict that’s between them NOT YOU.”

Following the social media controversy, a source told E News the performer was “really upset” when his alleged posts surfaced on social media.

“She is head over heels for Max and doesn’t want to be heartbroken,” the source said. “She truly cares about Max and wants to think his intentions are genuine.”

Lovato and Ehrich have yet to publicly address reports of their split.

Hopefully, Demi is surrounded by lots of love during this difficult time.