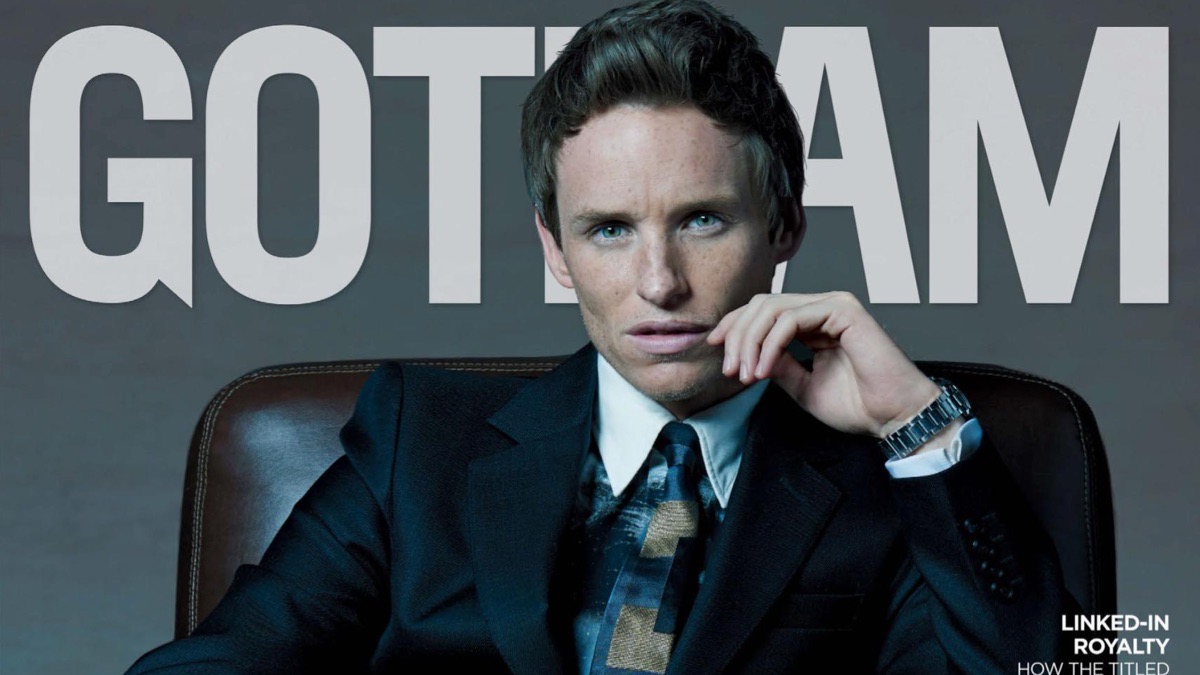 We all know he can model, but damn! In the issue, the 32-year-old is interviewed by BFF Andrew Garfield to discuss his latest role as Stephen Hawking in The Theory of Everything!

He opened about the first time he met Stephen, about the preparation and pressure that came with the role, and his obsession with New York City!

Eddie Redmayne Is Handsome in Vogue and Proves Just Wonder…

Eddie’s performance has made him a household name and has even earned him a spot on Hollywood’s coveted A-list. So now we want to know how he prepared for such an important role in his career. He said:

I said to James [Marsh, the director] I’d need time [to prepare], and he gave me four to five months. Hawking was diagnosed with ALS when he was 21. His disease is entirely secondary [to his life] as far as he’s concerned. Similarly, I wanted to make all the physical elements of the performance so embedded and second nature. Some of my favorite moments were improvised. The emotional lines of the film came from reading Jane and Stephen’s books, but also the patients that I met.

The actor also expressed his delight at meeting Stephen Hawking. He said:

Stephen has so much humor. It’s very difficult for him to communicate—now he can only do so using an eye muscle—yet he has the most fiendish timing. I belly-laughed a lot in his presence. That’s something we really tried to bring into the film, to always find the positive. Hearing the audience laugh at that premiere, and to have them feel like they were allowed to laugh, despite the subject matter—a family dealing with gritty obstacles—made me so happy…When you’re in a room with him, he absolutely controls it. He really has an amazing strength, which can be difficult and complicated. He loves women, and women love him. You can see this glint in his eye.

Eddie also told the Spider-Man star how obsessed he is with New York City! He said:

I’m weirdly obsessed. When I was 13 or 14, I had a calendar of black and white New York photos and was endlessly trying to do drawings of them. And then my mum took me to New York, and we were lucky enough to stay in this hotel on the 21st floor. I opened the windows and the curtains, and there was St. Patrick’s Cathedral, with all the high-rise buildings flying up above it. I kid you not, my knees buckled. I find New York the most electric, enlivening place. There’s something about the theater world, too. In London the theaters are geographically spread out so there’s no sense of community. In New York, the theaters back onto each other so you’d come out after doing the Rothko play, and Lucy Liu would be walking out from God of Carnage, and you were sharing this back alley, all of you together.

Amanda Bynes Is Engaged! Shows Off Ring on Instagram