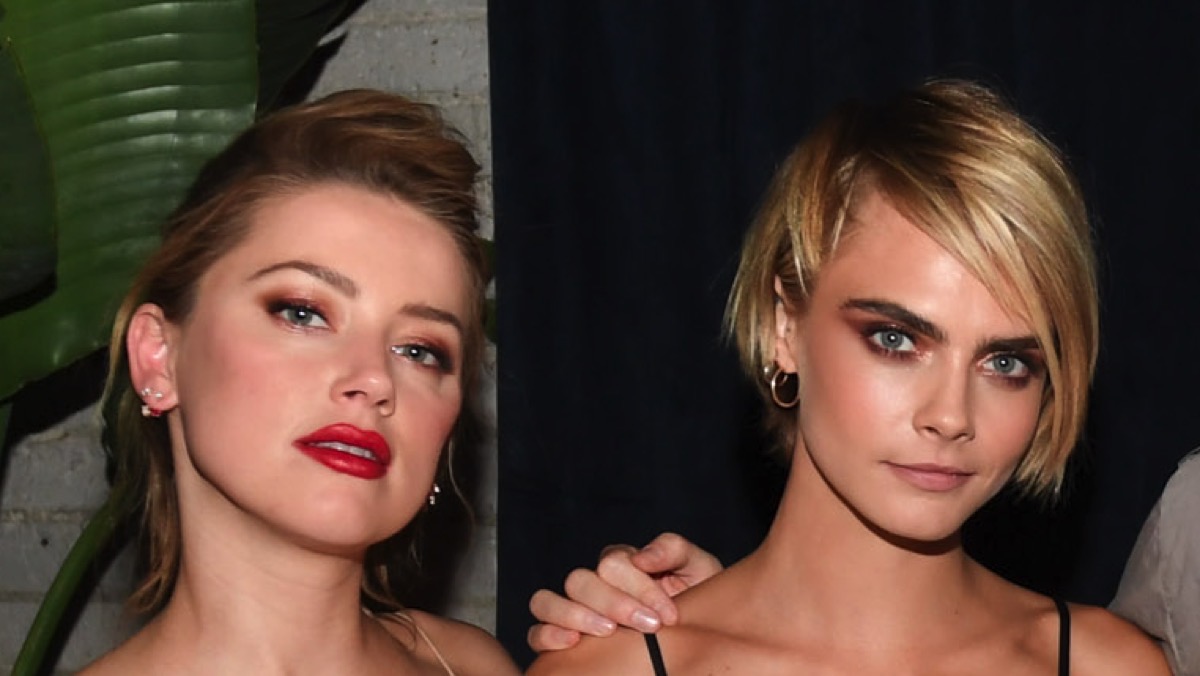 Model Cara Delevingne allegedly had a “three-way affair” with Amber Heard and Elon Musk, according to a deposition in Johnny Depp’s defamation lawsuit against Heard.

Depp, 57, is suing his ex-wife for defamation for $50 million, following a Washington Post op-ed in which Heard, 34, wrote about being a survivor of domestic violence.

And in a deposition acquired by DailyMail.com, the ex-husband of one of Heard’s close friends alleges that the Aquaman actress spent the night with Delevingne, 27, and Musk, 48.

In a video from 19 November 2019, Josh Drew, who was previously married to Heard’s friend Raquel “Rocky” Pennington, was asked by attorney Benjamin Chew: “Did Rocky tell you that Amber Heard was having an affair with Cara Delevingne while she was still married to Johnny Depp?”

Drew replied: “Yes.” He was then asked: “Did she ever tell you that the three of them – Elon Musk, Cara Delevingne – spent the night with Amber in November of 2016?,” with Drew saying he didn’t know the specific date.

Depp’s legal team asked: “Did she ever tell you in words or substance while Amber was still married to Johnny Depp, that the three of them, Amber Heard, Elon Musk and Cara Delevingne, spent the night together?,” with Drew saying “yes.”

Chew further asks: “So they were having a three-way affair, correct?”

Depp already filed papers demanding that Musk turn over any messages he had with Amber.

Sources close to Depp say he “hasn’t ruled out” serving Delevingne, 27, with a subpoena to find out if she has any information that could prove useful to his case against ex-wife Heard, 34.

Elon Musk has released a statement to Page Six denying the three-way allegations.

“Cara and I are friends, but we’ve never been intimate. She would confirm this. Also, I wish to confirm again that Amber and I only started going out about a month after her divorce filing. I don’t think I was ever even in the vicinity of Amber during their marriage! Regarding this lawsuit, I would recommend that everyone involved bury the hatchet and move on. Life is too short for such extended negativity. Nobody is going to say, after it’s all over, that they wished the court battle had lasted longer!”