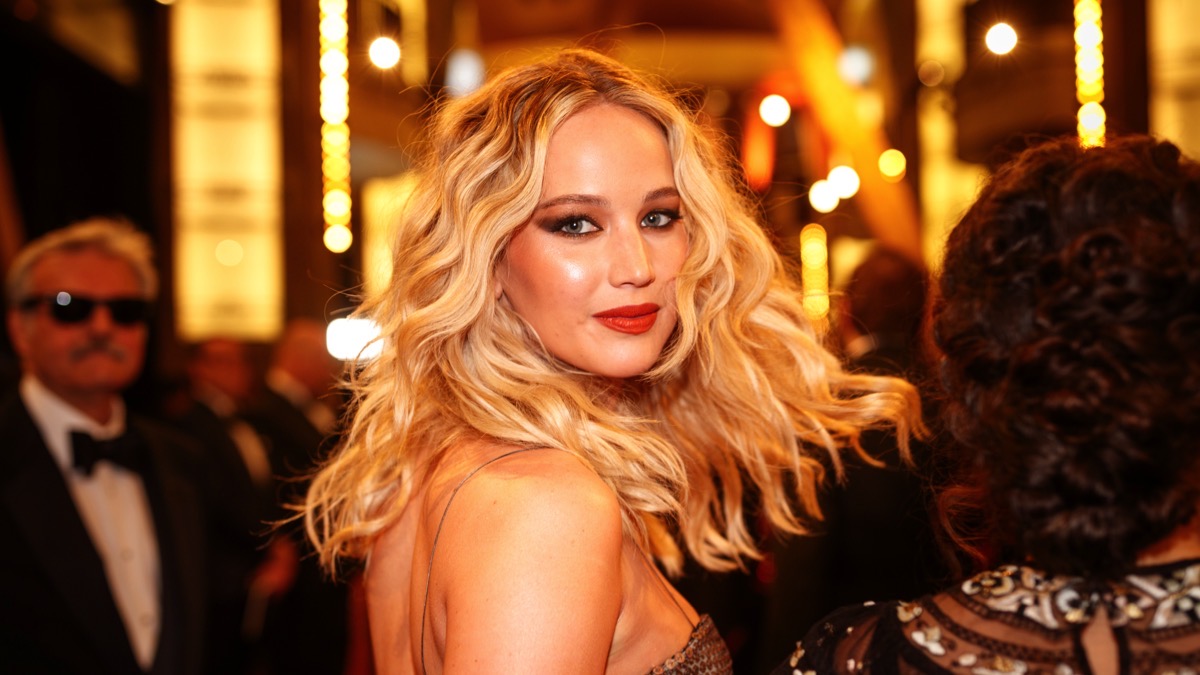 Lady Gaga Gifts Fan the Leather Jacket Off Her Back

Lawrence’s account in under the username JLawrence_RepUs, Jennifer Lawrence – Represent.Us.

She shared her first tweet on June 16, which was a call to action for the “Attorney General Daniel Cameron to take immediate action to hold those responsible for [Breonna Taylor] death accountable.”

“For three months since her murder Breonna Taylor’s family, the people of Louisville, Americans across the country, and many around the world have called out for justice,” Lawrence, 29, wrote. “We must not allow the erasure of Black women to continue in America. As many activists and leaders have been imploring for years: #SayHer Name.”

The actress sits on the board of RepresentUs which aims to “bring together conservatives, progressives, and everyone in between to pass powerful anti-corruption laws that stop political bribery, end secret money, and fix our broken elections.”

Lawrence is currently working on a campaign called Unbreaking America: Solving the Corruption Crisis, an initiative that aligns with the Black Lives Matter movement. In the campaign, Lawrence teamed up with people to explain the corruption in America’s current government and advise others on how to make a change such as voting.

Lawrence’s Twitter arrival comes several years after she claimed she would never join the platform. In November 2014, she spoke to BBC Radio 1, insisting Twitter was not for her. “I cannot really keep up with emails so the idea of Twitter is so unthinkable to me. If you ever see a Facebook, Instagram or Twitter that says it’s me, it most certainly is not.”

Conway appeared to have undergone a make-over.

Her face was heavily made up and her lips seemed fuller and were definitely more glossy. The skin around her eyes and on her forehead also appeared smoother.

“In Hollywood, I believe we call that “refreshed,'” quipped actress Kristen Johnston, implying that Conway had gotten cosmetic work done. (The Cut)

■ Kristen Wiig is a mother of twins! The funny lady, who is engaged to Avi Rothman, is a new mom after reportedly welcoming twins via surrogate. (Celebitchy)

■ Actress Michelle Williams is a mother for the second time, as she’s given birth to a baby. Director Thomas Kail is the father of the child, whom she may have secretly married in March. (Extra)

■ Text messages in the hours before the helicopter flight that killed NBA legend Kobe Bryant and eight other people show weather conditions were a concern and that the pilot appeared to become disoriented in fog. (Evil Beet Gossip)

■ Get ready to bro out. Pete Davidson and Colin Jost are teaming up for wedding comedy Worst Man. (Vulture)

■ Congrats to Raven-Symoné on her recent marriage to her partner Miranda Maday! (Boy Culture)

■ Kristen Doute is dealt another blow as her book publisher drops her in light of her Vanderpump Rules firing. (Page Six)

■ NeNe Leakes denies getting fired from Real Housewives of Atlanta, but she’s not sure if she will return. (Us Weekly)

■ Andy Cohen’s one-year-old son Benjamin has the sweetest reaction to a lifelike doll of his father.

Garrett Rolfe, the officer who shot Rayshard Brooks was charged on Wednesday (June 17, 2020) with murder for the shooting death last week of Brooks in a fast-food parking lot, while a fellow officer facing lesser charges has agreed to testify against his colleague.

DA Paul Howard announced 11 charges against Garrett Rolfe, who five days ago fired three shots at Brooks, two of which hit Brooks in the back and another that hit a car with three people inside.

After Rolfe shot Brooks, he exclaimed, “I got him,” kicked Brooks as he struggled for his life, and failed to give timely first aid, Howard said

Rolfe, 27, faces the possibility of life in prison or the death penalty if convicted.

Devin Brosnan, 26, the other officer on the scene, was charged with aggravated assault and violations of his oath of office. Brosnan, placed on administrative duty after the shooting, has given statements to investigators supporting the charges against Rolfe and will cooperate with prosecutors. (NY Times)

■ Tucker Carlson is the definition of fake news. Tucker Carlson has absolutely no obligation to investigate the truth of any statements before he makes them on his show, and his audience does not expect him to report facts, said a lawyer for Fox News to a New York federal judge. (Hollywood Reporter)

■ The Supreme Court on Thursday blocked the Trump administration’s attempt to end the Deferred Action for Childhood Arrivals (DACA), an Obama-era program that protects hundreds of thousands of immigrants brought to the US as children from deportation. (Mother Jones)

■ Yep. Cream of Wheat, your packing is definitely offensive. (Towleroad)

■ This is what happens when a small Black Lives Matter protest gets overrun with hundreds of armed protestors. (The Root)

■ John Bolton describes in his new book several instances where Donald Trump waffles on China-related issues after conversations with Xi, notably on the mass concentration camps Beijing was using to imprison and “re-educate” Uyghur Muslims. Bolton writes that according to the US interpreter in the room during a conversation between Xi and Trump at the G-20 meeting in June 2019, Trump said that Xi should go ahead with building the camps, which Trump thought was “exactly the right thing to do.” (Business Insider)

Lady Gaga Gifts Fan the Leather Jacket Off Her Back