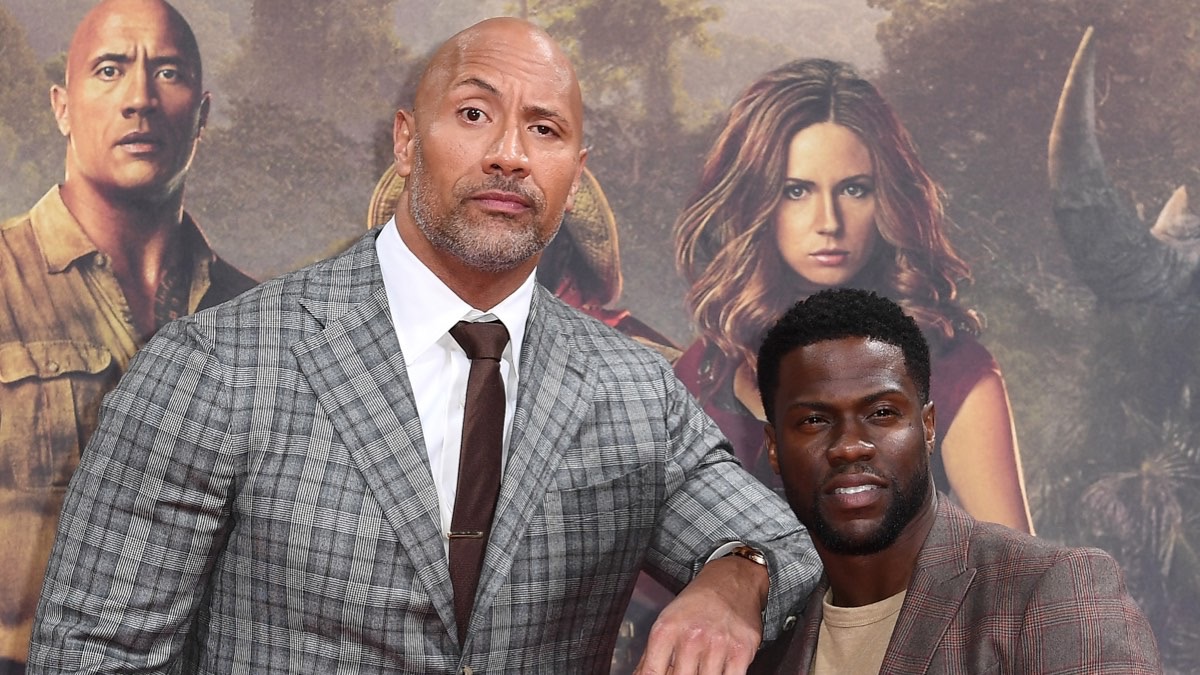 Kelly Clarkson was already nervous enough about hosting the very first episode of her own talk show. And then the worst-case scenario happened.

The singer and Voice coach’s first scheduled guest, Kevin Hart, is currently recovering from back surgery following a Sunday car accident in Malibu Hills, Calif. And while he’ll be “just fine,” according to his wife, Hart, of course, was unable to be on the series premiere of The Kelly Clarkson Show.

So what’s a host to do in the 11th hour? Clarkson says she phoned everyone she could think of, scrambling to replace Hart, and one of his friends stepped up in a major way.

Dwayne Johnson, who starred with Hart in Central Intelligence and two Jumanji movies, left his honeymoon early to fill in at the last minute as Clarkson’s first-ever guest on her new talk show, which taped on Tuesday, Sept. 3. Check out the sneak peek above as Clarkson gets teary-eyed over the predicament (and then properly geeks out about having Johnson as her first guest!).

Go Fug Yourself: We Have a Queen, and Her Name is Julie Andrews

Celebitchy: Emma Watson and Tom Felton are ‘just good friends’ and are not dating

OMG BLOG: Terrify your guests with a red balloon lamp from Pennywise the clown!

SONG OF THE DAY: “Superpower” by Adam Lambert

VIDEO OF THE DAY: Kodi Lee’s Version of “You Are the Reason” by Calum Scott.

Federal prosecutors have charged a Hollywood Hills man in connection with the death of hip-hop artist Mac Miller, who was found dead of a drug overdose nearly a year ago, according to a federal criminal complaint unsealed Wednesday.

The 42-page criminal complaint filed in the Central District of California alleges that Cameron James Pettit, 28, supplied Miller with counterfeit oxycodone pills containing fentanyl. Miller had asked to be furnished with “percs,” an abbreviation for percocet, a prescribed painkiller containing oxycodone.

Miller was discovered unresponsive in his Studio City home on Sept. 7, 2018. The manner of death was certified as an accident, although it was later determined that the rapper died from an overdose of alcohol, cocaine and fentanyl.