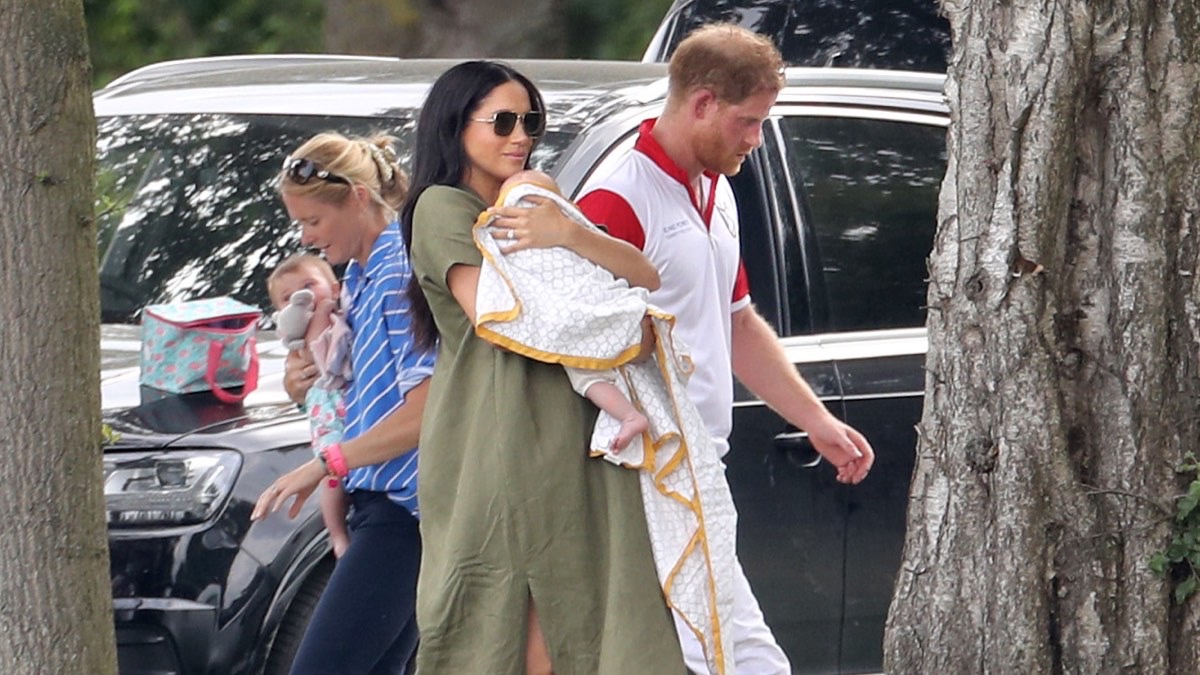 Prince Harry and Meghan Markle are thinking about the future for their son, Archie Harrison — and perhaps one more child.

“We are the one species on this planet that seems to think that this place belongs to us, and only us,” the 34-year-old royal said, to which Dr. Goodall agreed that humans will continue to feud over resources unless something changes.

The conservationist pointed out that the “terrifying” state of the world, as Harry put it, has likely intensified for him since welcoming Archie in May.

“Well, it does make it different, doesn’t it?” she said.

“It does make it different,” Harry replied. “I think, weirdly, because of the people that I’ve met and the places that I’ve been fortunate enough to go to, I’ve always had a connection and a love for nature. I view it differently now, without question. But I’ve always wanted to try and ensure that, even before having a child and hoping to have children…”

“Not too many!” Dr. Goodall said with a laugh.

“Two, maximum!” said Prince Harry. “But I’ve always thought: this place is borrowed. And, surely, being as intelligent as we all are, or as evolved as we all are supposed to be, we should be able to leave something better behind for the next generation.”

There are 66k people who paid actual money to watch that Jake Paul and Tana Mongeau wedding, but don’t worry, they’re getting their money back. — Dlisted

Why is Zach Braff beginning to morph into Sean Penn? — Go Fug Yourself

Kelly McGillis wasn’t asked to be in Top Gun remake, is happy for Jennifer Connelly. — Celebitchy

Everyone should enjoy a good stretch. — Boy Culture

Tuscany is for lovers! Leona Lewis proved that when the “Bleeding Love” singer walked down the aisle to “Ave Maria” on Saturday in a full-length white tulle gown in front of 180 guests. — Evil Beet Gossip

Lizzo turned it out for one of NPR’s Tiny Desk concerts, belting out “Cuz I Love You,” “Truth Hurts,: and “Juice” for a standing-office-only crowd, and showing off another smashing flute solo. — Towleroad

Alex Hassell starts The Boys off right with a full-frontal. Take a peak. NSFW! — OMG BLOG

Song of the Day — “Ready” by Alessia Cara

“I will not tolerate the dismantling of anyone’s legacy, especially not my own,” Burgess, 40, told host Wendy Williams on Tuesday, July 30, episode of her talk show.

“And who we were speaking about has done a beautiful job being the comedic giant that he is. And he has a wonderful movie coming out, and I was not going to participate in talking about that.”

Williams said: “Obviously it was wonderful working [with Murphy], and Andy might have been trying to trap you into saying something, and you didn’t say it.”

“Tituss will not be trapped,” the Emmy nominee clarified. “No. We have way too much work to do. We have far more important things to talk about.”

Read more at Us Weekly.