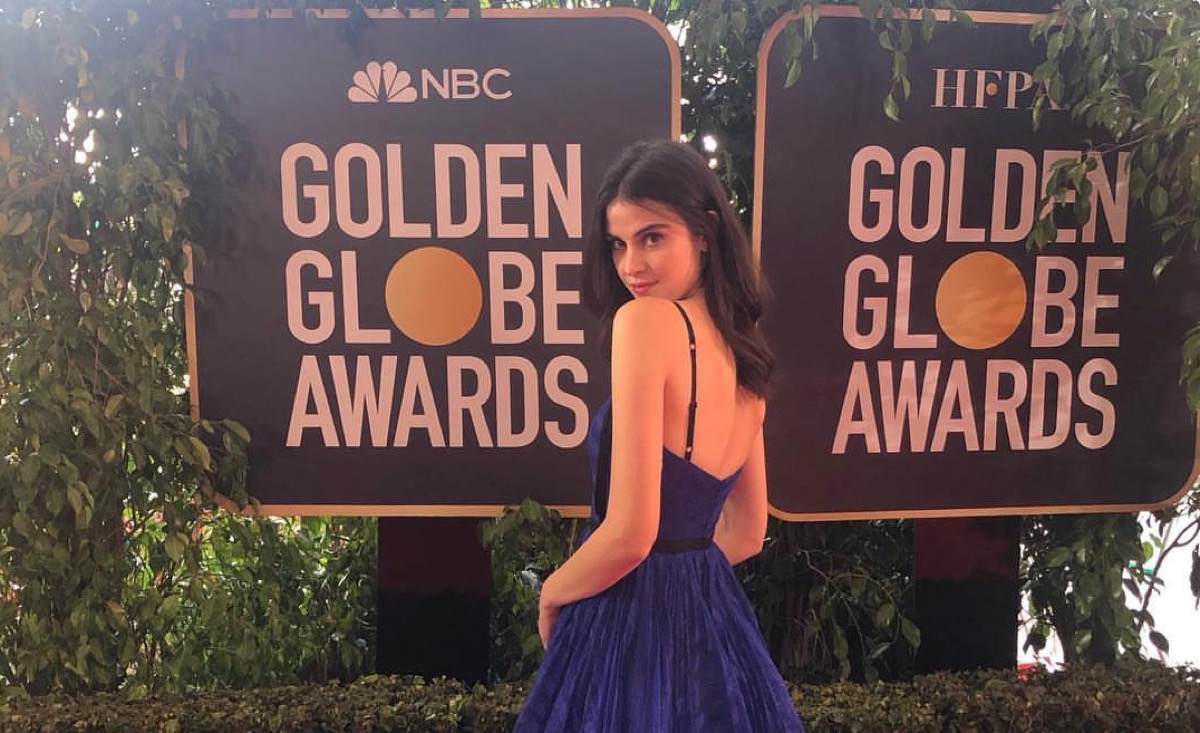 The true star of the 2019 Golden Globes was the Fiji Water Girl who photobombed a ton of celebrities while they were walking down the red carpet and posing for photos.

Kelleth Cuthbert, the woman behind the photobombs, was awarded “Best Supporting Actress On A Red Carpet” by E! News on January 7th. She used her platform to thank her “co-stars,” like, Richard Madden, Nicole Kidman, and Lucy Boynton.

“I’d like to thank water,” Cuthbert concluded. “If these celebs weren’t so thirsty, I wouldn’t have been able to serve the way that I did. My performance would’ve truly not been possible without you.”

And the winner of Best Supporting Actress On A Red Carpet goes to… FIJI Water Girl. pic.twitter.com/JaWjHjIIng

Cuthbert told Glamour that she didn’t mean to necessarily photobomb all those A-listers. She was simply told where to stand and to look “pleasant.” And the rest is glorious meme history.

We’re so glad everyone is talking about our water!

She’s right behind us, isn’t she? #FIJIwatergirl

Kelly Clarkson‘s “Since You’ve Been Gone” is super catchy and you’d think it would be a lot of people’s go-to karaoke song, but it is really a bitch to sing. Especially if you’re wearing noise-canceling headphones.

In a segment that aired on The Tonight Show Monday, host Jimmy Fallon gathered together an unusual assortment of singers and non-singers alike, gave them noise-canceling headphones and turned them loose on Clarkson’s hit.

They couldn’t hear themselves, and the results are pretty great.

Clarkson sang the pop track during the Turn It Up segment in a mashup including Shaquille O’Neal, Rachel Brosnahan, John Oliver, Meghan Trainor, Anthony Anderson, Mumford & Sons, and The Roots.

Watch the video and judge for yourself.

So this is what the Bird Box monsters were supposed to look like.

Some things are better left unseen.

To celebrate the late Elvis Presley‘s birthday (January 8th, 1935), NBC revealed the impressive line-up of talent set to honor the “King of Rock n’ Roll” during next month’s Elvis All-Star Tribute, set to air on Sunday, February 17, from 9 -11 p.m. ET.

NBC’s tribute celebrates the 50 year anniversary of Elvis’ 1968 Comeback Special, which is a personal favorite.

Here is the lineup and what they will be singing: