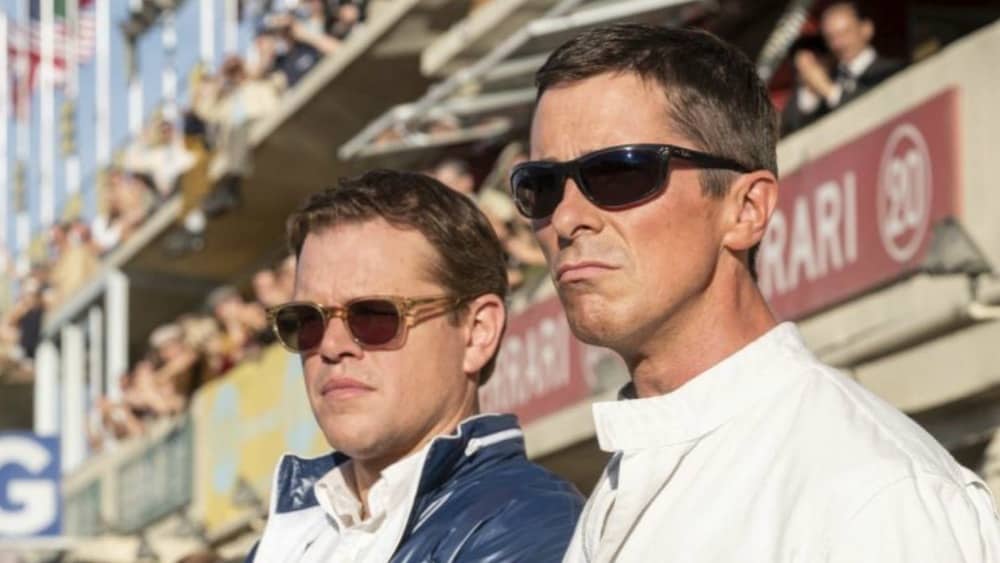 This November, car racing gets another shot at Hollywood stardom with the launch of the Ford v. Ferrari movie, a biographical flick telling the story of how Ford took on Ferrari at the legendary 24 Hours of Le Mans race in 1966.

Enlisted by Henry Ford II (Tracy Letts), Carroll Shelby (Matt Damon) along with a small team must come up with a car that can outpace Ferrari’s coveted race cars, racing in one of the most grueling endurance races that have long been dominated by the French, Germans, and Italians.

With a powerful Ford GT40 Mk.II ready to race, the team is missing just one crucial component, and that is a driver to match this new and unproven supercar — enter Ken Miles (Christian Bale).

Previously titled Go Like Hell the film courted Brad Pitt to star alongside Tom Cruise in the drama back in 2013.

Tom Cruise was the first attached and was supposed to reunite the actor with his Oblivion director Joseph Kosinski. The project had been in development hell ever since.

This is the synopsis for the film:

Academy Award-winners Matt Damon and Christian Bale star in Ford V Ferrari, based on the remarkable true story of the visionary American car designer Carroll Shelby (Damon) and the fearless British-born driver Ken Miles (Bale), who together battled corporate interference, the laws of physics, and their own personal demons to build a revolutionary race car for Ford Motor Company and take on the dominating race cars of Enzo Ferrari at the 24 Hours of Le Mans in France in 1966.

Watch the trailer for Ford V Ferrari below.

From Warner Bros. Pictures and Amazon Studios, “The Goldfinch” is the film adaptation of Donna Tartt’s globally acclaimed best-selling novel, which won the 2014 Pulitzer Prize for Fiction and the Andrew Carnegie Medal for Excellence in Fiction.

Theodore “Theo” Decker was 13 years old when his mother was killed in a bombing at the Metropolitan Museum of Art. The tragedy changes the course of his life, sending him on a stirring odyssey of grief and guilt, reinvention and redemption, and even love. Through it all, he holds on to one tangible piece of hope from that terrible day…a painting of a tiny bird chained to its perch. The Goldfinch.

The television series Downton Abbey followed the lives of the Crawley family and the servants who worked for them at the turn of the 20th century in an Edwardian English country house. Over its 6 seasons, the series garnered 3 Golden Globe Awards, 15 Primetime Emmy Awards, 69 Emmy nominations in total, making Downton Abbey the most nominated non-US television show in the history of the Emmys – even earning a Special BAFTA award and a Guinness World Record for the highest critically rated TV show along the way.

Once Upon a Time in Hollywood

Quentin Tarantino’s Once Upon a Time in Hollywood visits 1969 Los Angeles, where everything is changing, as TV star Rick Dalton (Leonardo DiCaprio) and his longtime stunt double Cliff Booth (Brad Pitt) make their way around an industry they hardly recognize anymore. The ninth film from the writer-director features a large ensemble cast and multiple storylines in a tribute to the final moments of Hollywood’s golden age.

Maleficent: Mistress of Evil is a fantasy adventure that picks up several years after Maleficent, in which audiences learned of the events that hardened the heart of Disney’s most notorious villain and drove her to curse a baby Princess Aurora.

The film continues to explore the complex relationship between the horned fairy and the soon to be Queen as they form new alliances and face new adversaries in their struggle to protect the moors and the magical creatures that reside within.

Winter 1968 and showbiz legend Judy Garland arrives in Swinging London to perform a five-week sold-out run at The Talk of the Town. It is 30 years since she shot to global stardom in The Wizard of Oz, but if her voice has weakened, its dramatic intensity has only grown. As she prepares for the show, battles with management, charms musicians and reminisces with friends and adoring fans, her wit and warmth shine through. Even her dreams of love seem undimmed as she embarks on a whirlwind romance with Mickey Deans, her soon-to-be fifth husband. Featuring some of her best-known songs, the film celebrates the voice, the capacity for love, and the sheer pizzazz of “the world’s greatest entertainer.”

After a difficult childhood drives him into the grasps of a white supremacist gang, Bryon (Jamie Bell, delivering a visceral, explosive performance) tries to escape their grips into a new life, all the while questioning whether he’s capable of undoing— and repenting for — the evil he’s done.

Director Jon Favreau’s all-new “The Lion King” journeys to the African savanna where a future king is born. Simba idolizes his father, King Mufasa, and takes to heart his own royal destiny. But not everyone in the kingdom celebrates the new cub’s arrival. Scar, Mufasa’s brother—and former heir to the throne—has plans of his own. The battle for Pride Rock is ravaged with betrayal, tragedy and drama, ultimately resulting in Simba’s exile. With help from a curious pair of newfound friends, Simba will have to figure out how to grow up and take back what is rightfully his.