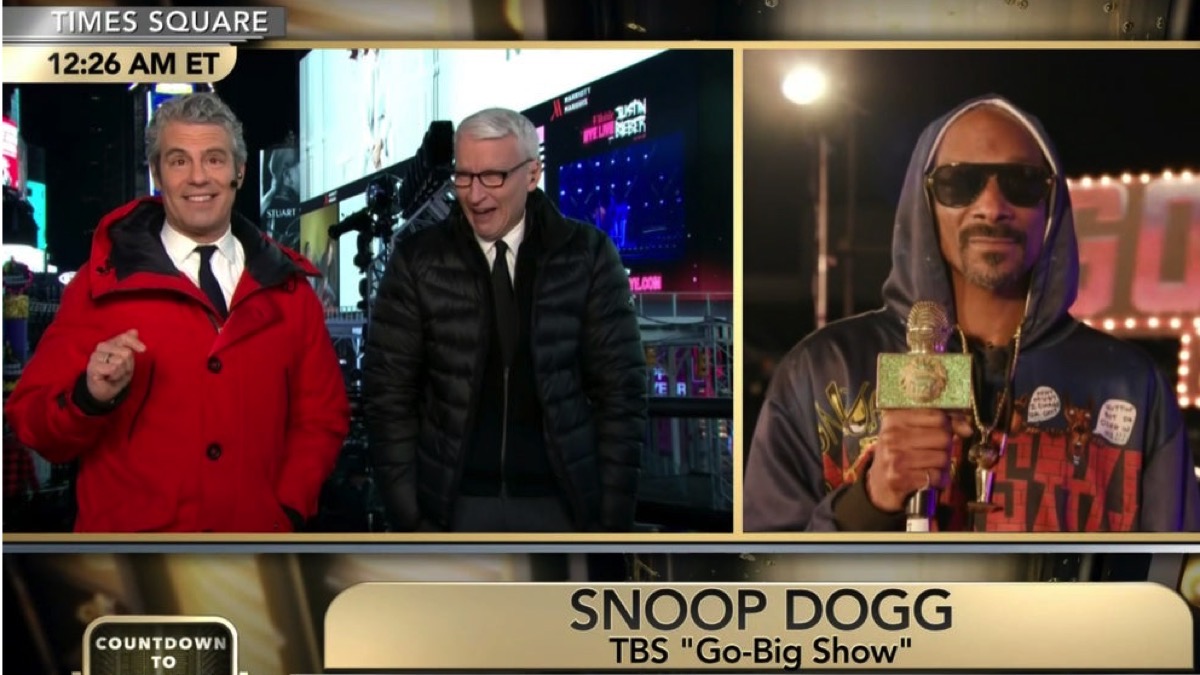 Cooper and Cohen were both smashed — as is a tradition at this event — and shortly after the ball dropped in Times Square, the duo interviewed Snoop Dogg from Los Angeles. It was a fun time for all, but then Cohen threw a curveball.

He wanted to play a game with Snoop called “Have you gotten high at” where he would list places and Snoop had to tell the audience whether or not he’d ever gotten high there. It sounds fun, but it turned out far better than advertised.

Cooper absolutely lost it during the segment, laughing hysterically as Cohen and Snoop got really into it. The two parts of the segment are in the thread below:

He just could not stop laughing. It was beautiful. A genuine moment of joy very early in 2021. It felt like we really needed it.

This section in particular was amazing:

That laugh is incredible and completely uncontrollable. Cooper is usually so composed that it’s an absolute delight to see him lose it like that.

I know 2021 is very young, but we’ve already got a serious contender for broadcast moment of the year.