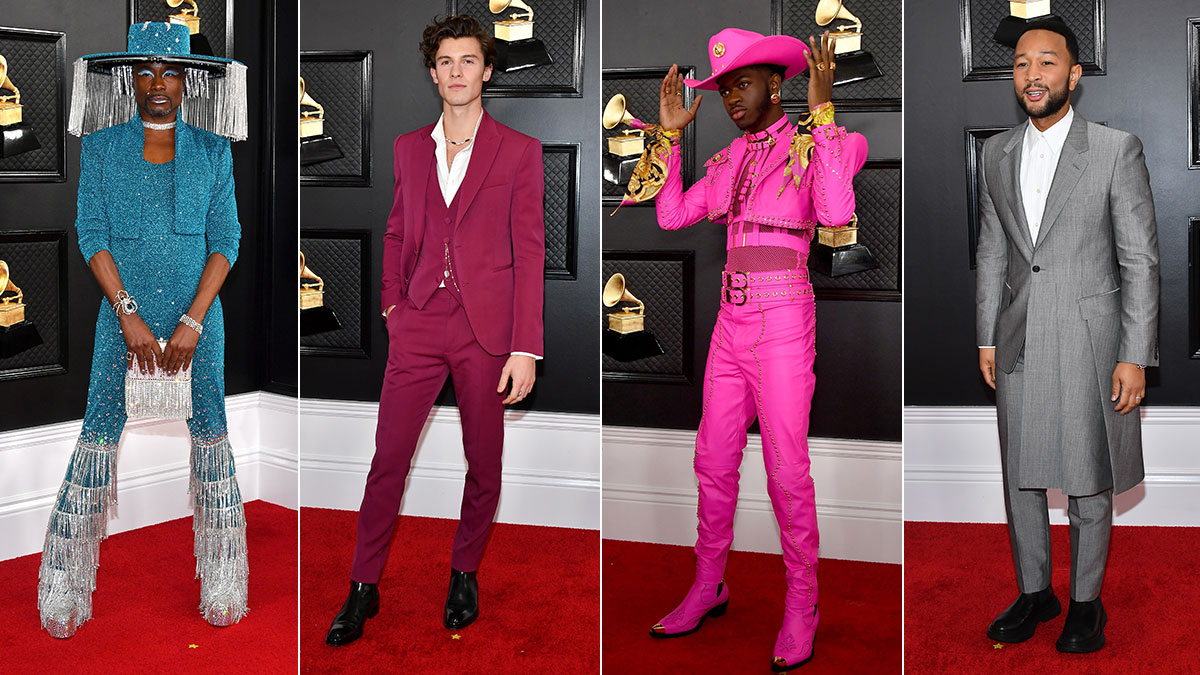 The Grammy Awards are typically the award show where celebrities tend to take fashion chances on the red carpet. More so the women than men. Well, this year the men went all out with no holds barred!

Billy Porter shut it down in a blue jewel-encrusted Baja East by Scott Studenberg jumpsuit and matching cropped blazer. The star rocked Alexis Bittar jewelry and a custom hat that was remote control operated, opening and closing face-obscuring strands of jewels.

Lil Nas X was by far the standout of the evening, wearing a Western-inspired bright pink Versace number with mesh details and gold adornments. He topped off the outfit with a cowboy hat and boots.

John Legend wore a gray outfit with an asymmetrical jacket that featured a pleated hem. And Ben Platt’s checkered Balmain blazer had subtle sequin detailing that was elegant and tasteful.

Launch the gallery below to check out the guys on the 2020 Grammy Red Carpet.