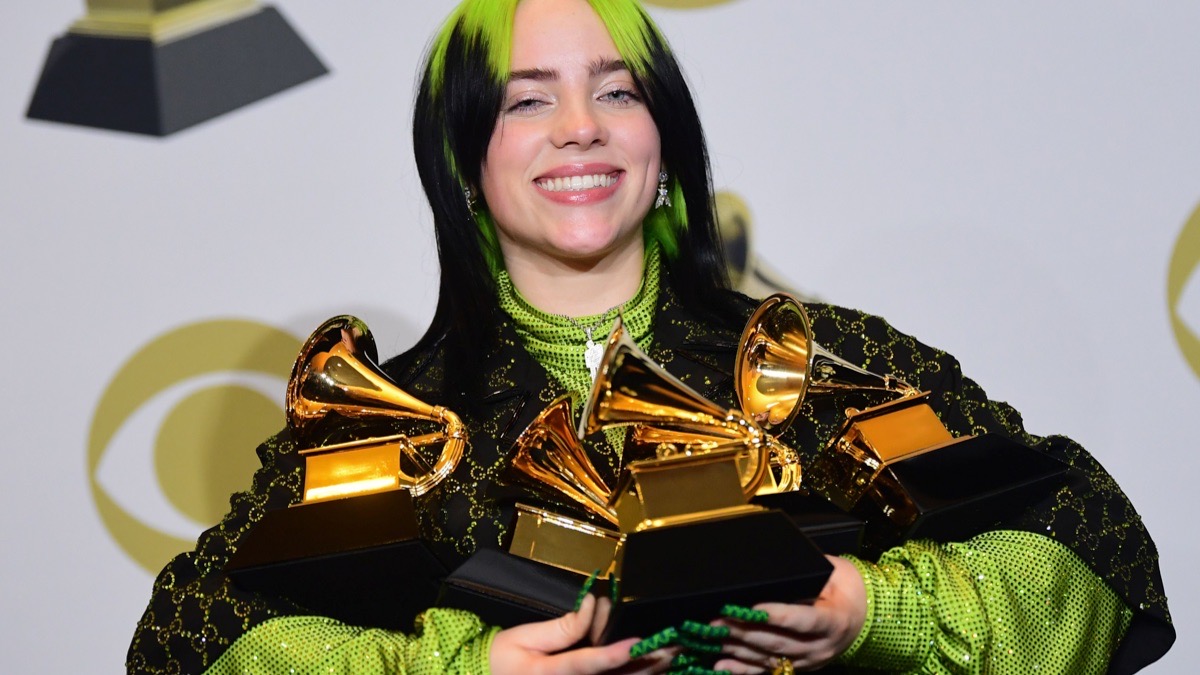 By the end of the 62nd Grammy Awards on Sunday evening, 18-year-old singer Billie Eilish swept all four of the night’s biggest prizes — Best New Artist, Song of the Year, Record of the Year and Album of the Year — along with honors for Best Pop Vocal Album.

The show started off on a somber note, as celebrities on the red carpet paid tribute to the legendary Kobe Bryant, who died in a helicopter crash that morning. Both stars and co-host Ryan Seacrest repeatedly emphasized that the Staples Center, where the Grammys took place and Bryant spent his career, was the “house of Kobe.”

The show was already thrown into chaos last week with the sudden exit of Recording Academy chief Deborah Dugan — the first woman to run the organization — followed by her explosive lawsuit that alleged gender discrimination and sexual harassment.

Host Alicia Keys promptly acknowledged the impact of the news of Kobe Bryant’s death on the best-laid plans of Grammy show organizers, stating immediately upon taking the stage “Here we are together on music’s biggest night celebrating the artists who do it best.

“But to be honest with you,” she added, “we’re all feeling crazy sadness right now, because early today, Los Angeles, America and the whole wide world lost a hero. I’m literally standing here heartbroken in the house that Kobe Bryant built.”

Here were some of the other Grammy highlights of the night.

Billie Eilish Performing “When the Party’s Over”

The Tribute to Nipsey Hussle

Album of the year: “When We All Fall Asleep, Where Do We Go?,” Billie Eilish

Best pop vocal album: “When We All Fall Asleep, Where Do We Go?” Billie Eilish

Producer of the year, non-classical: Finneas

Best dance recording: “Got to Keep On,” Chemical Brothers

Best compilation soundtrack for visual media: “A Star Is Born”

Best engineered album, non-classical: “When We All Fall Asleep, Where Do We Go?” Billie Eilish

Sean Combs Slams the Grammys Over Treatment of Black Music