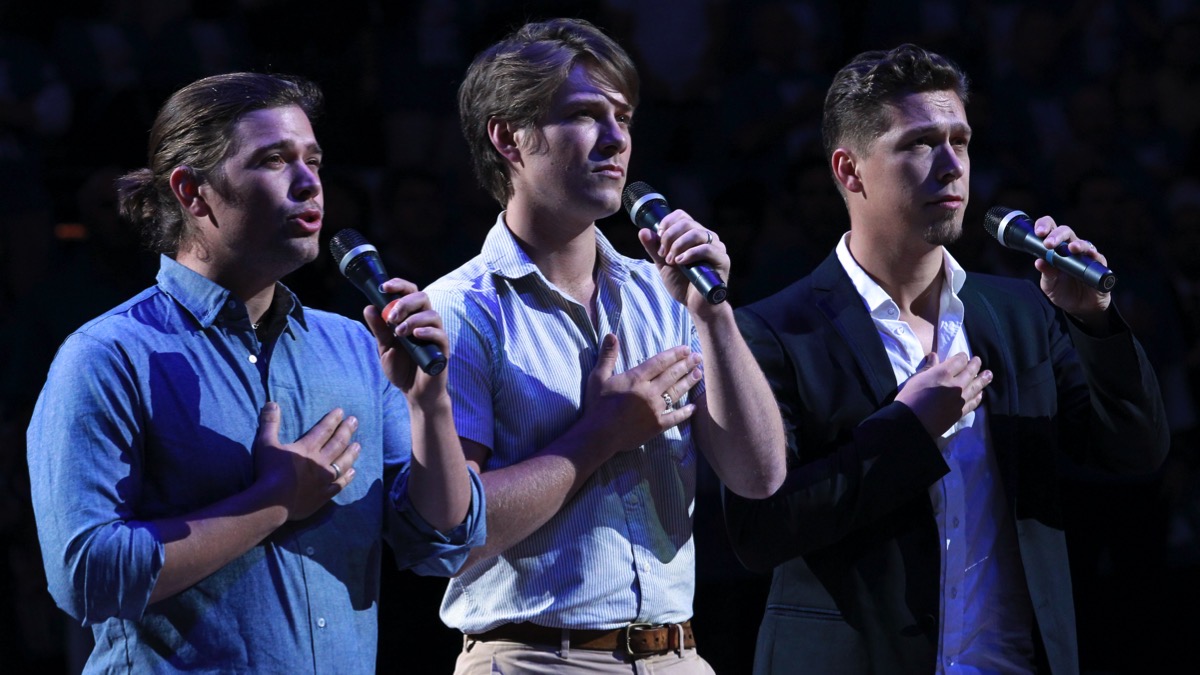 Hanson‘s die-hard fans are questioning their loyalty. According to a new report from Vice, their fans are revolting for not proactively addressing the officer-involved shooting death of Floyd back in May, the band began tentatively expressing support for “justice” and police reform, but avoided using the phrase “Black Lives Matter.”

But as tensions ran high [following the Floyd murder], Hanson stayed largely silent on the mounting racial strife, instead posting about the SpaceX launch and their personal fitness. For a group known to cite Motown artists for inspiring their music and who have covered songs by Stevie Wonder, Chuck Berry, and Bill Withers, the omission felt especially pointed to their fans. “This really was never about politics. It was about human decency.

While the three brothers — Taylor, Issac and Zac — did post message that touched on racism, they never said the words “Black Lives Mattter” until early June.

Then things got terribly worse for the band. Zac Hanson‘s Pinterest account was exposed. The account that fans are so upset about was not a collection of ugly throw pillows and questionable table settings. It was filled with pro-gun memes, which were often racist, sexist, homophobic, and transphobic in nature. Oh, and by the way, Zac Hanson is the father of four children.

Zac later confirmed the account (with the username “Commanding Officer”) belonged to him and issued a statement to Vice that read, “The leaked Pinterest page provided a distorted view of the issues surrounding race and social justice, which do not reflect my personal beliefs.” He added, “I apologize for the hurt my actions caused.”

One meme on the account suggested support for George Zimmerman over the 2012 killing of Trayvon Martin, while another compared the right to use an AR-15 rifle with Rosa Parks’ right to sit on a bus.

In the wake of all this, someone started a “PostHanson” subreddit “for former and ambivalent Hanson fans to discuss and support each other” with well over 1,000 members.