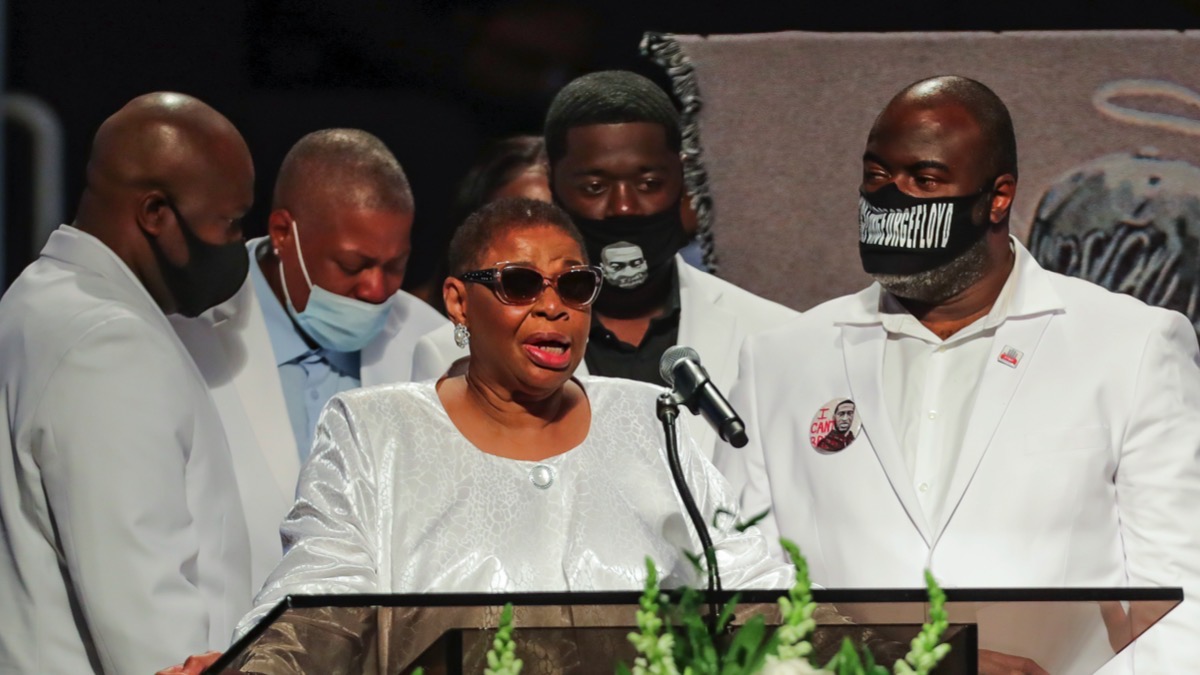 Photo by GODOFREDO A. VASQUEZ/POOL/AFP via Getty Images

Welcome to our IRL (In Real Life) daily news roundup where we highlight the major new stories that we think you should be paying attention to and following.

A horse-drawn carriage will transport the remains of George Floyd to his gravesite Tuesday following a private funeral in Houston, the final episode in a series of memorials celebrating the life of a man whose death has shaken the world.

“If he was told he would have to sacrifice his life to bring the world together, knowing him, I know he would have,” Floyd’s brother Rodney said before the service began.

More than 6,000 people lined up in blazing heat to pay their respects at Floyd’s viewing Monday. The funeral is being livestreamed from the church in Houston, Floyd’s hometown. Activist Al Sharpton anchors a lineup of speakers that includes civil rights leaders and family members.

Former Minneapolis police Officer Derek Chauvin appeared via video-conference for his first hearing in connection to the death last month of George Floyd.

Court records show a judge set Chauvin’s bail at $1.25 million without conditions or $1 million with conditions, including having no contact with Floyd’s family and agreeing not to leave the state.

Authorities charged Chauvin with second-degree murder, third-degree murder and second-degree manslaughter after video surfaced of him holding his knee to Floyd’s neck for nearly nine minutes May 25 during a call about a possible forgery in progress. A medical examiner’s reported showed Chauvin’s decision to keep pressing his knee to Floyd, despite pleas from both him and bystanders, helped cause his death.

Demonstrators took a knee, held their fists in the air and chanted ‘No Justice! No Peace!’ as part of a rolling, global anti-racism movement.

You’ve got to be fucking kidding me?