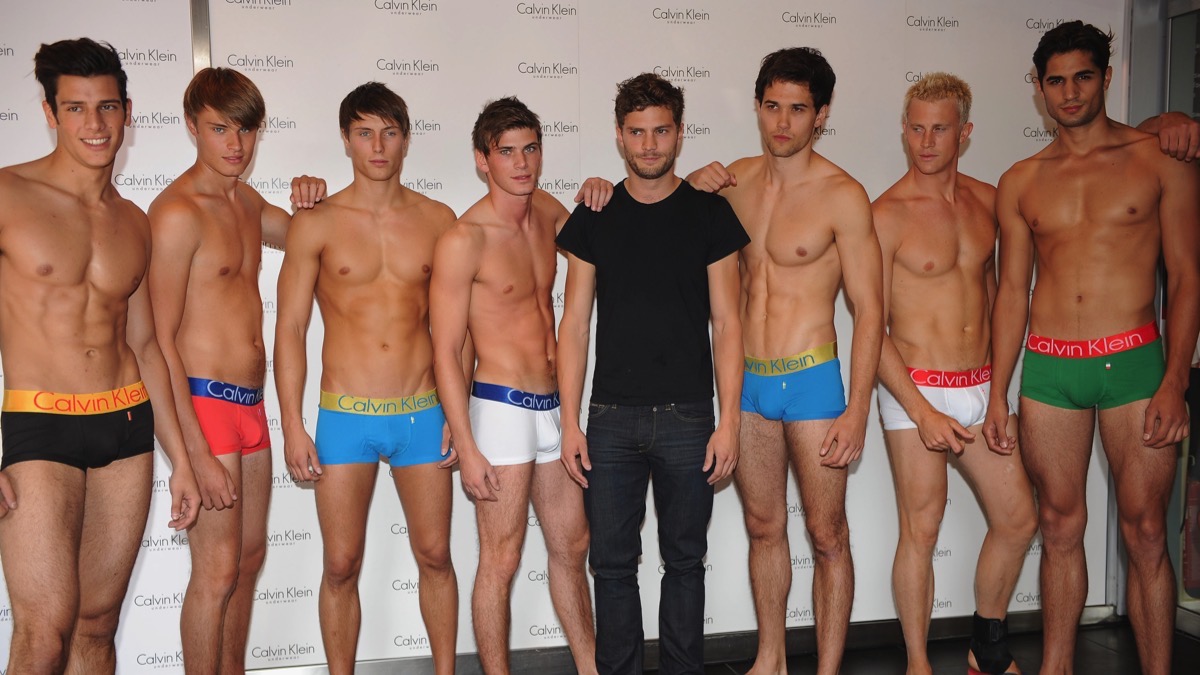 Have you ever seen Jamie Dornan look more uncomfortable?

Prior to his acting breakout roles in The Fall and Fifty Shades of Grey, Jamie was a model and back in 2009 Dornan was a judge for a Calvin Klein modeling contest.

The winner received a modeling contract and a luxury trip for two to South Africa.

Maybe he would have felt more at home if the had taken his shirt off as well.