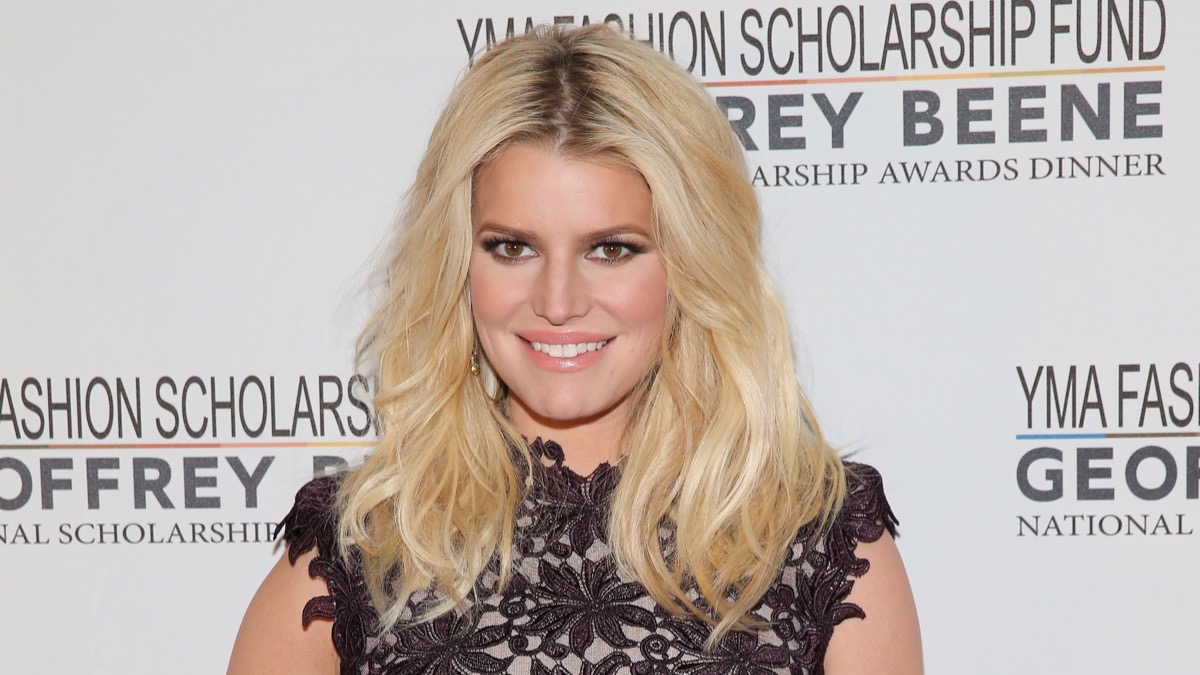 While reminiscing about her failed Mickey Mouse Club audition in the ’90s and recruiting Chuck Norris to help improve her acting skills, the “With You” singer shared that she had a brief fling with Justin Timberlake after she and the 98 Degrees frontman divorced in 2006.

“After divorce and he was out of a relationship, he was, like, over at my house, we shared a nostalgic kiss, but I thought, ‘Oh, this is interesting,'” she recalled.

“And he took his phone out and started typing. And I was like, ‘Okay, I hope that’s not, like, another girl. Like, did I, like, stick my tongue out too much or, you know?'”

Just wait, the story gets even better. “But apparently him and Ryan Gosling had a bet on who would kiss me first when they were 12-years-old,” she continued. “And so, he texted Ryan and said he won the bet. And I was like, ‘Oh, okay. Um…So we don’t kiss again. That’s done.'”

But, if 12-year-old Simpson had her way, she would have chosen the La La Land actor instead. “Ryan was the one that I was, like…when I was 12, I was, like, ‘This guy is so cool and he’s from Canada,” she dished.

“I don’t know where that is on the map, but I really think that that’s amazing.’ And there was something so cute about him. But Justin won the bet.”

Simpson also revealed that she studied with Chuck Norris as an acting coach. “He was a little tough,” Simpson remembers. “He told me I moved my eyebrows too much, so then I had to do all of my lines with my eyebrows taped.”

Simpson added that Norris encouraged her to “channel her inner Denzel Washington” even though, as a 12-year-old, she didn’t know who Washington was. Now as an adult, Simpson says that the experience “ruined every Denzel Washington movie” for her. “All I do is watch his eyebrows.”

In an excerpt from Jessica’s book obtained by Radar Online, the former Newlyweds star admitted that she became emotionally involved with Johnny Knoxville while filming the Dukes of Hazzard movie with him in 2005.

Jessica was near the end of her marriage to Lachey at the time, while Knoxville was married to Melanie Cates. In her book, the mom of three admitted things began to get flirty with Knoxville as they filmed the action movie on location in Louisiana nearly 15 years ago.

“It was like Johnny and I were prison pen-pals, two people who wanted so much to be with each other but were kept apart,” Simpson wrote, in reference to their spouses.

The actress, who played Daisy Duke opposite Knoxville’s Luke Duke in the hit film, revealed that as her marriage to Lachey was crumbling, she and her co-star Knoxville started sending “love letters” to one another. Their emotional bond proved to be stronger than a sexual one.

“It’s funny, I know, because I placed such an emphasis on sex by not having it before marriage,” Jessica wrote in Open Book. “After I actually had sex, I understood that the emotional part was what mattered. And Johnny and I had that, which seemed far more of a betrayal to my marriage than sex.”

At the time they were filming the Dukes of Hazzard film, tabloid rumors swirled that Jessica and Johnny were having an affair.

This is doing to definitely be one juicy tell-all book!