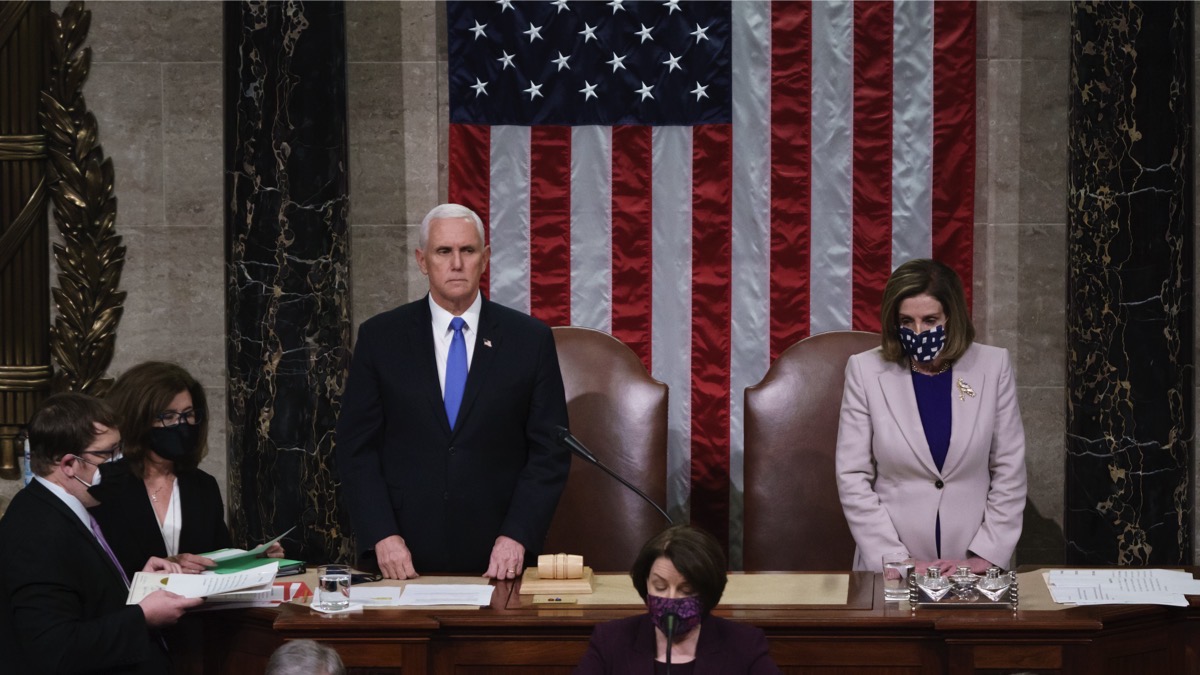 A joint session of Congress certified Joe Biden and Kamala Harris as the winners of the 2020 election early on Thursday (Jan. 07, 2021), the climax to a day of unrest in which supporters of Donald Trump stormed the Capitol in a violent siege that ultimately failed to stop the proceedings.

As Vice President Mike Pence presided over the electoral vote count from each state, the victory of Biden and Harris was sealed at 3:32 AM ET when Vermont’s votes put them over the 270 vote threshold.

Several minutes later, after the vote count was finished, members clapped after Sen. Amy Klobuchar (D-MN) announced Biden and Harris as the winners. Pence then confirmed his own defeat on the ticket with Trump as he announced the final total, 306-232.

“To those who wreaked havoc in our Capitol today, you did not win,” Pence said as the Senate session resumed following the evacuations of the complex. “As we reconvene in this chamber, the world will again witness the resilience and strength of our democracy, even in the wake of unprecedented violence and vandalism in this Capitol.”

Majority Leader Mitch McConnell, who has pushed back against Trump’s effort to use the joint session to overturn the election results, said that Congress has “faced down much greater threats than the unhinged crowd we saw today.”

“They tried to disrupt our democracy. They failed,” the Kentucky Republican said.

Minutes after Joe Biden was finally, formally confirmed by Congress as the winner of the 2020 election, remaining on brand, Donald Trump still refused to concede his overwhelming loss, but did stay in a statement that “there will be an orderly transition on January 20th.”

Statement by President Donald J. Trump on the Electoral Certification:

“Even though I totally disagree with the outcome of the election, and the facts bear me out, nevertheless there will be an orderly transition on January 20th. I have always said we would continue our fight to ensure that only legal votes were counted. While this represents the end of the greatest first term in presidential history, it’s only the beginning of our fight to Make America Great Again!”

The statement was released on Twitter through White House deputy Chief of Staff Dan Scavino, as Trump was still suspended from the platform over tweets earlier in the day where he expressed support for violence engulfing the Capitol and appeared to incite further violence.

If there was ever a time to invoke the 25th amendment it would be now.