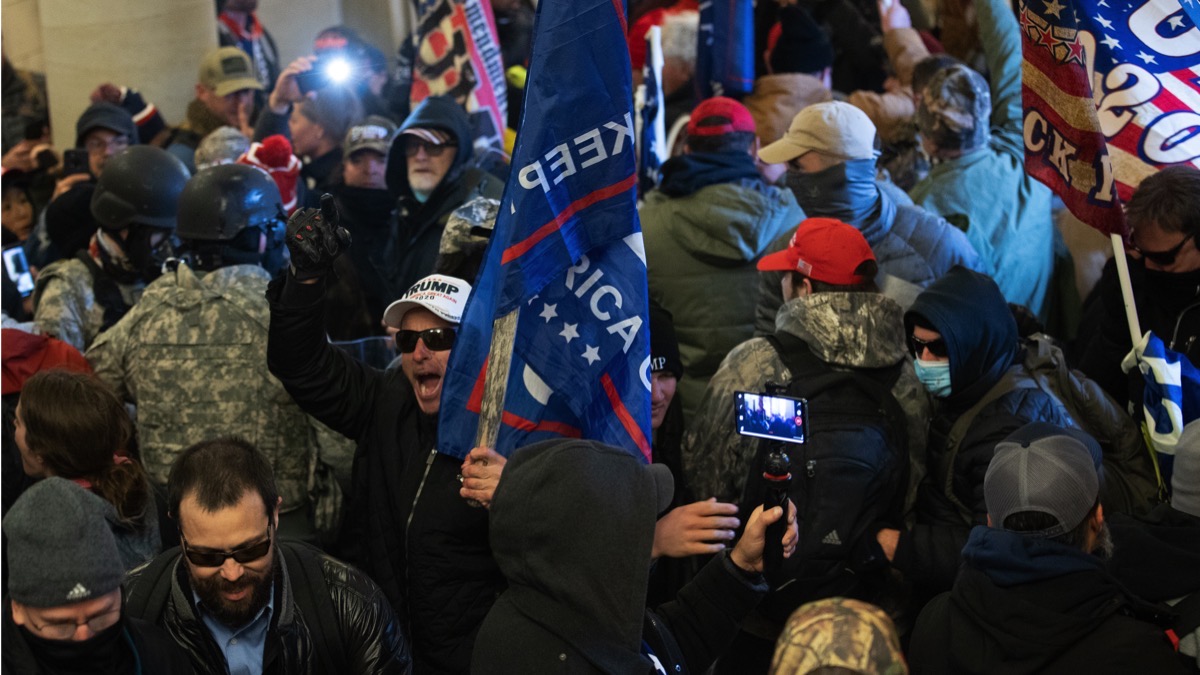 Like many other celebrities, Selena Gomez spoke out about the “Stop The Steal” riot that took place yesterday (Jan. 07, 2021) at the U.S. Capitol in Washington, D.C. that resulted in rioters taking over the Capitol building.

The crowds began pushing back police officials and breaking windows to force their way into the venue, prompting all politicians to be evacuated from the Senate and House floors as the building was placed under lockdown.

Riot police were called in to help deal with the chaos as shots rang out in the Capitol, leaving one woman dead, but questions were raised about the initial absence of the D.C. National Guard, which is under the control of the U.S. President, as outgoing leader Trump failed to call on his supporters to stand down as the violence erupted.

The approval was eventually granted, but the delay was noted by many politically-engaged stars, who took to social media to compare the lack of police and military presence around the Capitol on Wednesday to the strong showing at the Black Lives Matter protests, which occurred throughout the summer of 2020, when tear gas and rubber bullets were deployed on mostly peaceful activists.

“You have all failed the American people today, and I hope you’re going to fix things moving forward,” Selena wrote.

Celebrities react to US Capitol riot