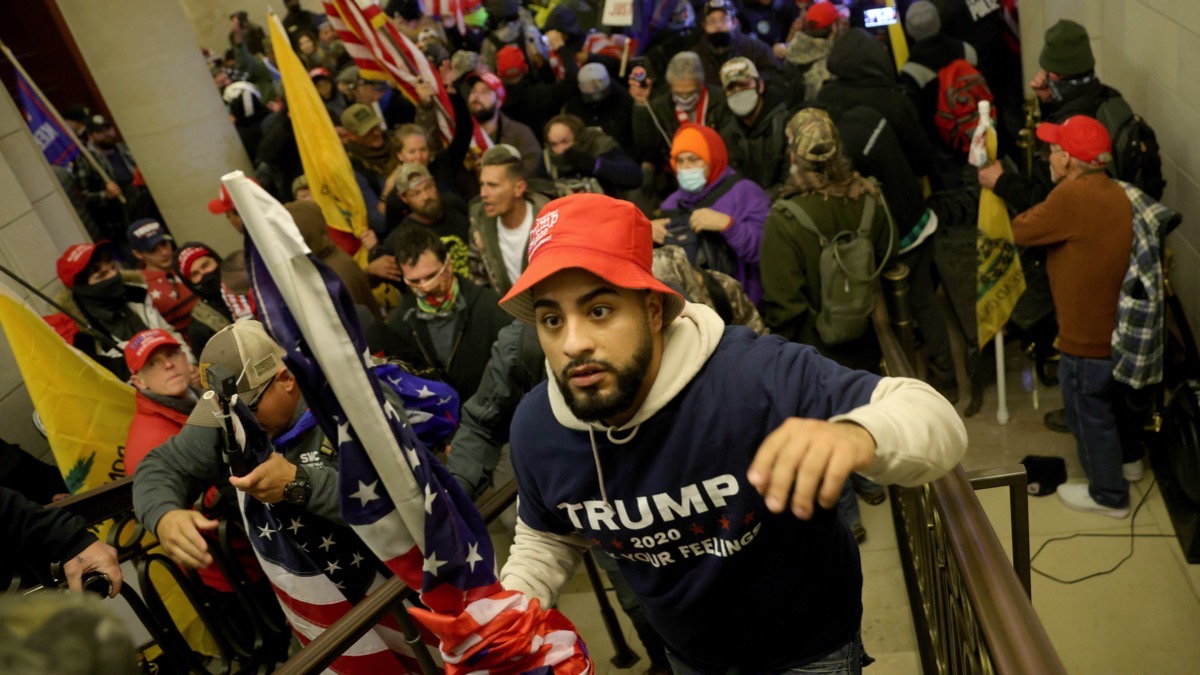 Rioters supporting President Donald Trump’s attempt to overturn the election unleashed violent mayhem in and around the U.S. Capitol on Wednesday afternoon (Jan. 06, 2021) as members of Congress were debating objections to the Electoral College count.

The extremists — or more correctly — the terrorists, broke into the Capitol building and assaulted police and security officers. Members of the House and Senate have been evacuated. Some lawmakers were told to don gas masks as security unleashed tear gas into the Capitol rotunda. Rioters broke windows, tried to break down doors, and scaled walls.

The rioters stormed the Capitol after Trump directed ire at lawmakers, particularly Republicans, and Vice President Mike Pence for not supporting his coup attempt. He offered a weak plea on Twitter to “support our Capitol Police” in the midst of the chaos. D.C. Mayor Muriel Bowser imposed a 6 p.m. curfew in the city.

Reporters on the scene captured video of the pandemonium consuming the Capitol.

A bear cub trying to catch a snowflake — WATCH