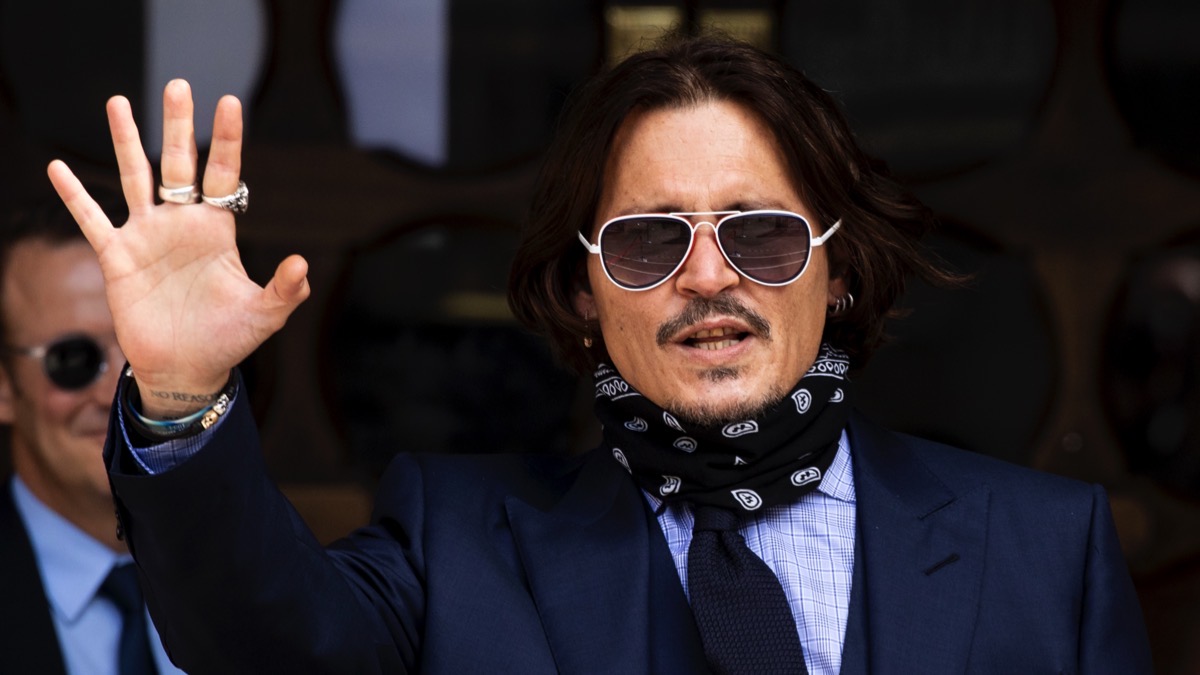 Another day in the libel trial of Johnny Depp versus The Sun and as usual, this was another pretty jaw-dropping day of testimony.

So much happened that we’re just going to bullet point it all for you.

■ Johnny Depp alleged that his former wife, Amber Heard, stubbed a cigarette out on his face, his bodyguard Malcolm Connolly told the court.

Connolly arrived at the rented house where Depp and Heard were staying to find a “ruckus” going on, with the recently wed couple “screaming at each other.”

Connolly took Depp out to his car, where the actor said: “She’s cut my fucking finger off. She’s smashed my hand with a vodka bottle.” Connolly told the court: “I saw his finger and it was a mess.”

Depp also told Connolly that Heard had put a cigarette out on his face, and Connolly confirmed he saw a mark. Heard, who appeared uninjured, came close to the car and said something like: “Are you just going to leave it like this, you fucking coward?”

■ According to The Guardian, barrister for News Group Newspapers Sasha Wass read texts sent between Stephen Deuters, Depp’s former personal assistant, and actor Paul Bettany on May 26, 2016, aloud to the court. “That moment when everything comes home to roost and all the shit compounds itself into one monstrous steaming pile of catastrophe. Just trying to keep him upright at the moment. But at least the bitch is gone. Yes, I do mean Amber—not the Mom. Poor Betty Sue [Depp’s mother] has been on her way out for the last six months—it was a relief to all, most of all herself,” Bettany wrote.

Deuters responded: “Sociopathic show pony. Machiavellian overlord. Talentless cunt. Good riddance to bad shit. Yes, I do mean Amber not the Mom, even though she was a devil herself.”

Wass argued that Deuters was part of “a public relations initiative to discredit Ms. Heard in the public eye” and told the court Deuters previously said he would never use such language to describe a woman. He replied, “I certainly regret that.”

When examined by Depp’s lawyer David Sherborne, he said Depp and Heard “were two people that were in love with each other that shouldn’t have been together,” and that he had never seen Depp abuse Heard.

Per Press Association via Deadline, Heard wrote: “Our fight was terrible. Johnny… at one point found himself with his shirt wrapped around my neck. Amazing to think about (the) precision, co-ordination that required considering the close circumstances… I don’t even know how I wound up with this huge, rather annoying knot on the back of my head. Fuck, I hate that.”

She added: “We finally fell asleep with one another smashed together in desperate, childlike anger, fear and love.”

■ Tara Roberts, the estate manager of Depp’s Little Hall Pond’s Cay in the Bahamas, called the actor an “unusually kind man” who became “withdrawn” during his volatile relationship with the Heard

Heard was a “thrower” — “someone who threw projectiles” — and would “lunge violently at Johnny, pull his hair, and commit other aggressive physical acts against him,” Roberts said in a witness statement.

Roberts detailed how Heard “repeatedly berated [Depp] with increasing ferocity” during one alleged assault in December 2015 when the couple was on the Caribbean island with Depp’s two children and a friend.

“She was insulting him, calling him names, and in the middle of this onslaught I heard her say specifically ‘your career is over,’ ‘no one is going to hire you,’ ‘you’re washed up,’ ‘fat,’ ‘you will die a lonely man,’ and also screaming things that were incomprehensible,” Roberts said.

■ A Hollywood stylist has told the High Court that Amber Heard had “no visible” injuries the day after the actress alleges Johnny Depp was violent towards her during a heated row.

Samantha McMillen said she spent “much of the afternoon and early evening” with Heard, 34, on December 16 2015 as the star prepared to appear on James Corden’s The Late Late Show and she could “see clearly” that Heard had no marks, cuts or bruises.

Depp, 57, is alleged to have been violent towards Heard in an argument at their Los Angeles penthouse on December 15, which he denies.

In a witness statement, McMillen said that she saw Heard “in good light, at close range, wearing no makeup” the following day, adding: “I could see clearly that Ms Heard did not have any visible marks, bruises, cuts, or injuries to her face or any other part of her body.”

McMillen claimed that after her appearance on the program, Heard said to her “Can you believe I just did that show with two black eyes?” The stylist said: “Ms. Heard did not have any black eyes, and had been visibly uninjured throughout the day and at that moment.”

■ Amber Heard is denying Johnny Depp’s claims that she defecated in their bed — blaming it on the actor’s “lavatorial sense of humor.”

A rep for the actress says the accusation that Heard, 34, or one of her friends put poop in the couple’s marital bed in 2016 is bogus and suggested that the Pirates of the Caribbean actor himself could be the perpetrator because he had joked about committing a similar prank.

“This accusation is completely untrue and has been designed purely to humiliate Ms. Heard,” a spokesperson for Heard told The Post Tuesday, as Depp’s defamation trial against a British newspaper went on in London.

“As the evidence in court showed, Mr. Depp discussed committing such a prank for years beforehand and it plays to his lavatorial and abusive sense of humor. Mr Depp’s team is trying to grab headlines – at the expense of the truth — and distract from the serious, central issue of this case: the perpetration of domestic violence.”