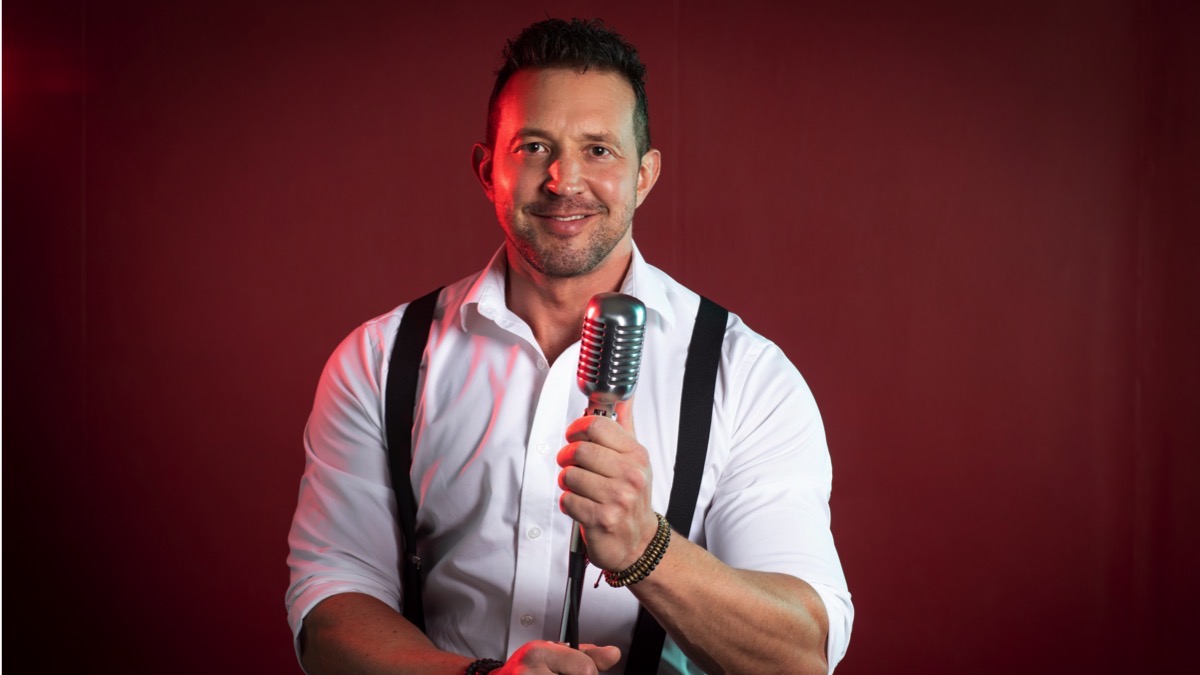 OUTMusic Award-winning singer/songwriter, Justin Utley is here to deliver some holiday cheer with his latest single, “All is Bright.” In the song, described as optimistic, yet not overly sweet,” Justin declares that even during these dark and tumultuous times, there’s still a silver lining, asserting, “The pandemic has brought people closer together. There’s nothing like spending time surrounded by the people who matter most, even if it’s over Zoom.”

Justin said, “All is Bright is about bringing people together to celebrate something meaningful and special,” and adds, “I wanted to write a song for the holidays that didn’t have lyrical ties to a specific tradition since we all value different aspects of this time of year.” “All is Bright” is being distributed independently and is available on all digital platforms with all proceeds benefitting the Homeless Youth Resource Center of Utah.

Utah-born Justin was introduced to the world when he was selected to perform at the 2002 Winter Olympics in Salt Lake City. His single, “Stand for Something,” won Best Country/Folk Song of the Year at the 2010 OutMusic Awards. SiriusXM’s OutQ Radio later named Justin “Artist of the Year.”

After breaking ties with his Mormon roots, Justin was a regular performer at Pride Festivals alongside acts like Icona Pop, Tegan & Sara, Margaret Cho and Billy Porter. He regularly provides insight on issues of faith and the LGBTQ community at colleges and universities throughout the country.

Justin plans to spend the holidays in Utah with his brother and his brother’s family.  Like most of the world, they will not be able to enjoy time with other family members in-person, but they will be sure to gather together over Zoom. Pre-Zoom, Justin shared that his favorite Christmas memory is “from when I was 8 years old and my family finally got a piano,” Justin recalls. “It was an old Conover upright and it weighed a few tons. I grew up playing it, wrote my first songs on it when I was 12, moved it in and out of a number of apartments before I moved to New York City.  My parents still have it at their house today. It’s a nostalgic piece and means even more to me when I play it.”

Get to know more about Justin as he answers the Socialite Seven!

When did you know that you wanted to become a singer?

As a kid I remember watching INXS “Live Baby Live” and saw, first how huge that crowd was at Wembley, and second, how awesome the energy was between the band and the audience. I wanted to connect, as a musician, like that. I started listening closely to other artists over the years and formed my own vocal style.

I grew up learning to play piano. I eventually invaded my parents’ record collection and was amazed particularly by the Beatles and Billy Joel for their piano work. The pop/rock infused piano got me got me interested in how the songs were actually written, what chords progressions were, what a pre-chorus was, etc. I eventually got kinda fired from piano lessons after a few years since I was starting to play mostly by ear, not paying attention much to the actual sheet music, and began writing my own.

Right now, as far as singer/songwriters go, it would be either Frank Turner or Butch Walker. They’re incredible writers that don’t require a team of other writers and producers to deliver the goods. To me, that’s important.

What’s the best advice you’ve ever been given?

I spoke with one of the members of the B-52s about whether or not a manager was something essential to making it in the industry. Their answer was that it isn’t essential or necessary, and often times a stumbling block for those artists and bands that want more autonomy and say-so in their career directions and decisions. For better or worse, I think that’s been all-around good advice for me.

“Happy Xmas (War Is Over)” by John Lennon (and its many covered versions). It’s such a fantastic song about reflection and empowerment.

What do you want for Christmas this year?

For COVID to have a foreseeable end, and to get back on a touring schedule for next year. I really have missed playing gigs and meeting up with the audience afterward. Writing and recording is one thing. Playing out and bringing the music to life is another.