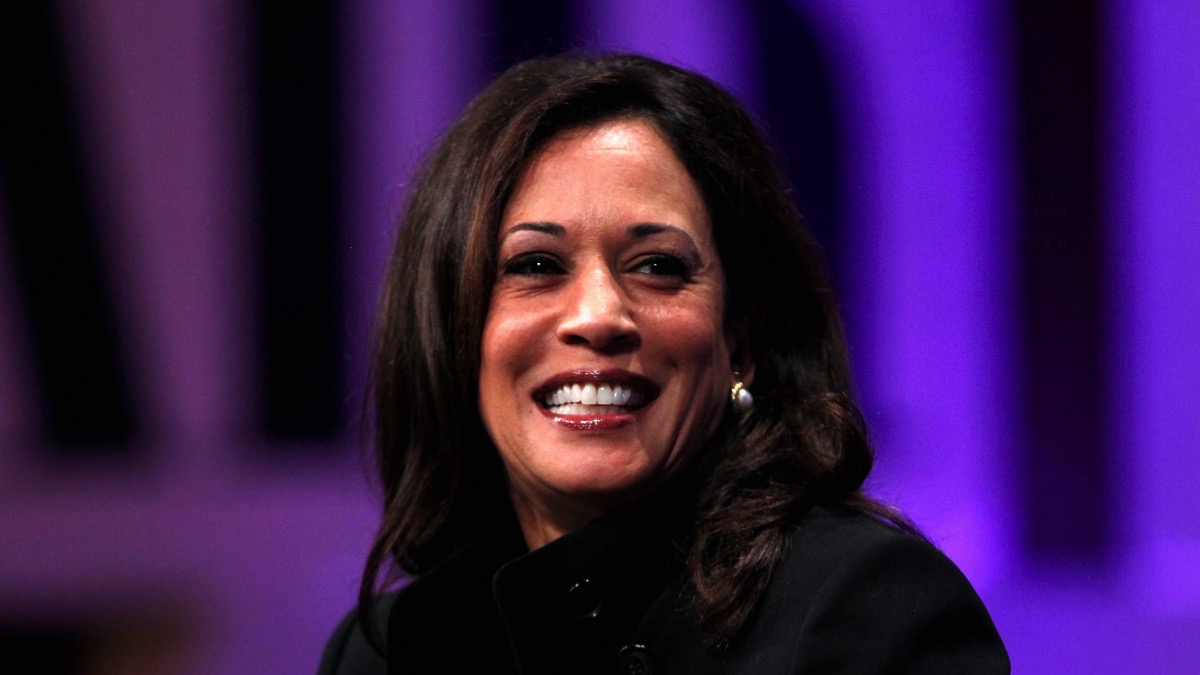 Somewhat ironically flanked by the phrase “By the People, For the People: The United States of Fashion” stands Vice President-elect Kamala Harris, casually dressed as if in between campaign stops (which she may very well have been).

In the photo, Harris sports a black blazer, skinny jeans and white tee, accessorized with a coordinating pair of her now-trademark Converse low-tops and the oft-seen pearl necklace emblematic of her chosen family, Alpha Kappa Alpha Sorority, Inc.

The sorority also gets a visual shoutout in the cover’s pink-and-green (the sorority’s colors) backdrop of artfully rumpled silk shantung and brocade, which Harris looks…weirdly transposed upon.

Some social media users are saying Harris looks washed out in the photo while others say the cover’s style doesn’t give her the respect she deserves. Others are saying that it’s just plain bad.

Journalist Yashar Ali tweeted the cover along with the following info: