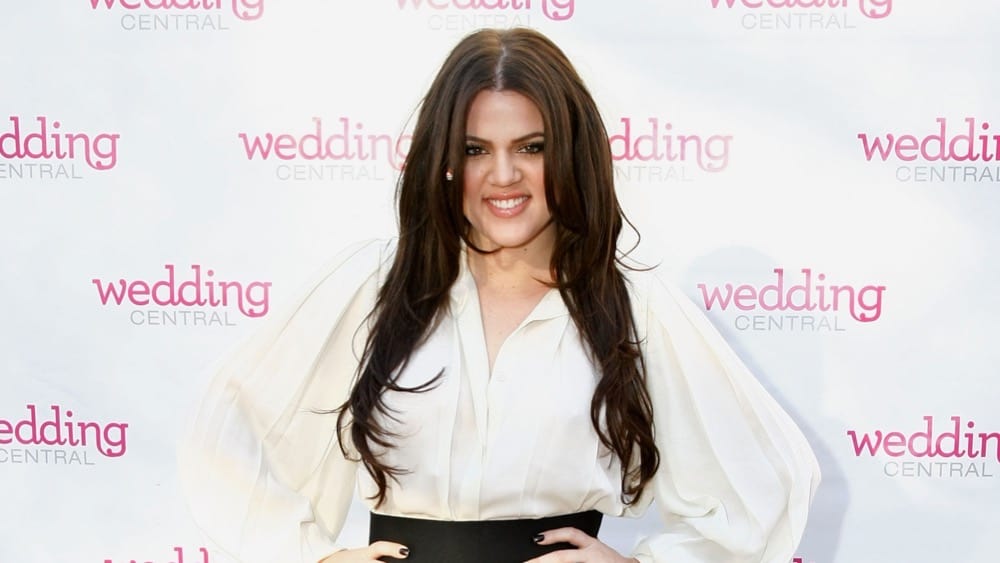 Khloe Kardashian has been hinting at an announcement to make and if you thought it was that she was pregnant, it’s actually a weird sort of opposite declaration. Khloe is here to talk about periods.

Yes, the tall reality TV star put on a period red mini dress, crossed her legs and picked up a pink sledge hammer and Kotex hardhat to join The Declaration of Real Talk campaign.

Khloe says she joined U by Kotex for “a campaign devoted to empowering women to feel comfortable discussing their periods.

I did this for Kendall and Kylie because I was disgusted with the information they were bringing home — they were so uncomfortable talking about something that is natural and I would do anything to protect my baby sisters.”

So to help her baby sisters the feisty Kardashian hit a wall that said vajajay in Madison Square park today or helped “break down a wall (both literally and figuratively) filled with feminine care euphemisms symbolizing all of the barriers facing young women today.”

It probably depends on how you look at it.

The commercial is indistinguishable from their reality show, but Khloe, Kim Kardashian and Kris Jenner are actually really cute and when I read Khloe’s opening line, “I have no problem screaming at the top of my lungs about periods and vaginas,” I laughed.

Socialite Life debuted back in 2003. SL Flashback showcases some of our favorite content from years past. This article was originally published on April 14, 2010.

Khloe Kardashian Address the Rumors About Her New Face