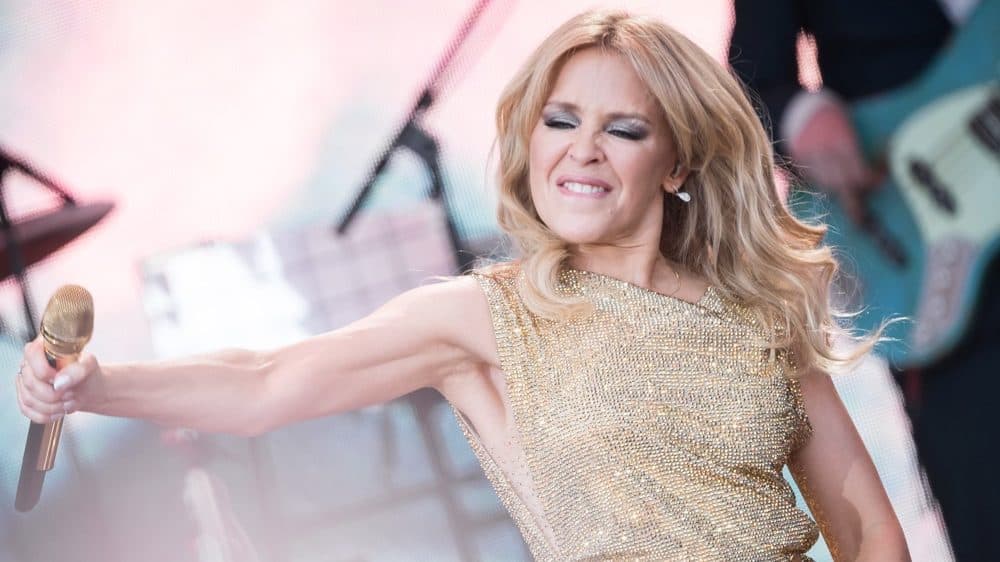 Kylie Minogue got emotional on stage at Glastonbury as the singer recalled the moment she was forced to pull out of the music festival 14 years ago due to her breast cancer diagnosis.

Kylie Minogue, 51, opened up about her experience with breast cancer to crowds at Glastonbury during her performance this evening.

The singer was originally set to headline the Pyramid Stage at the festival in 2005, but cancelled her appearance when she was diagnosed with the disease. Kylie became overcome with emotion as she covered her face with her hands.

She then told the audience at Worthy Farm: “I just want to take a moment…”

The star then took a moment to pause and turn away from the crowd as she attempted to fight back tears.

When she felt ready to speak, she turned back to face her fans and explained: “In 2005 I was meant to be here on this very stage.

“Circumstances meant I didn’t make it. I was watching in Australia wishing things had been different but life is what it is.”

The Especially For You hitmaker was supported by the audience as they cheered her on.

She then continued: “We’re all here in this moment.

The 75-minute set saw the musical icon change outfits not once but four times. She rocked a red boiler suit, a glittery gold shift dress and a white suit by her designer pal Stella McCartney.

Kylie was also joined by surprise special guests Chris Martin – for a flamenco-tinged rendition of ‘Can’t Get You Out Of My Head’ and fellow Aussie Nick Cave, for their 1995 gothic track ‘Wild Rose’.

“You’re giving me the chills,” she admitted to concertgoers at one point – and we think the feeling was mutual.

Check out more of Kylie Minogue at Glastonbury in the gallery below.