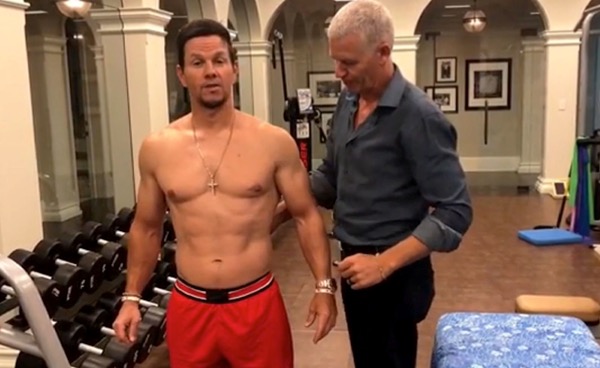 At the Palm Springs Film Festival on Sunday, Mark Wahlberg went up to accept Variety‘s Indie Impact Award. While up on stage, Wahlberg commented that the award itself looked like a bong. He was quick to add, “But I don’t use those anymore.”

Then, in a classic case of TMI, Wahlberg went on to explain why he doesn’t smoke pot anymore. No one really needed to know, but he put it out there anyway.

“I stopped smoking weed for my kids. One day, we were driving and you could smell it from somewhere. My daughter asked what the smell was so I told her it was a skunk. Then she said, ‘Sometimes Daddy smells like that!’ to me and my wife. So I knew I had quit.”

Cool. I was unaware that Wahlberg was a pothead but good for him. He has to give up the green stuff to be the best boxer he can be. Wahlberg’s movie, The Fighter

is getting all sorts of press this awards season.

Michael B. Jordan and Lori Harvey are Instagram official

He attended a Writers Guild screening for the film on January 6th in Los Angeles. Christian Bale‘s masshole accent was spot-on, and Amy Adams played that “MTV girl” quite well. I’m so proud.