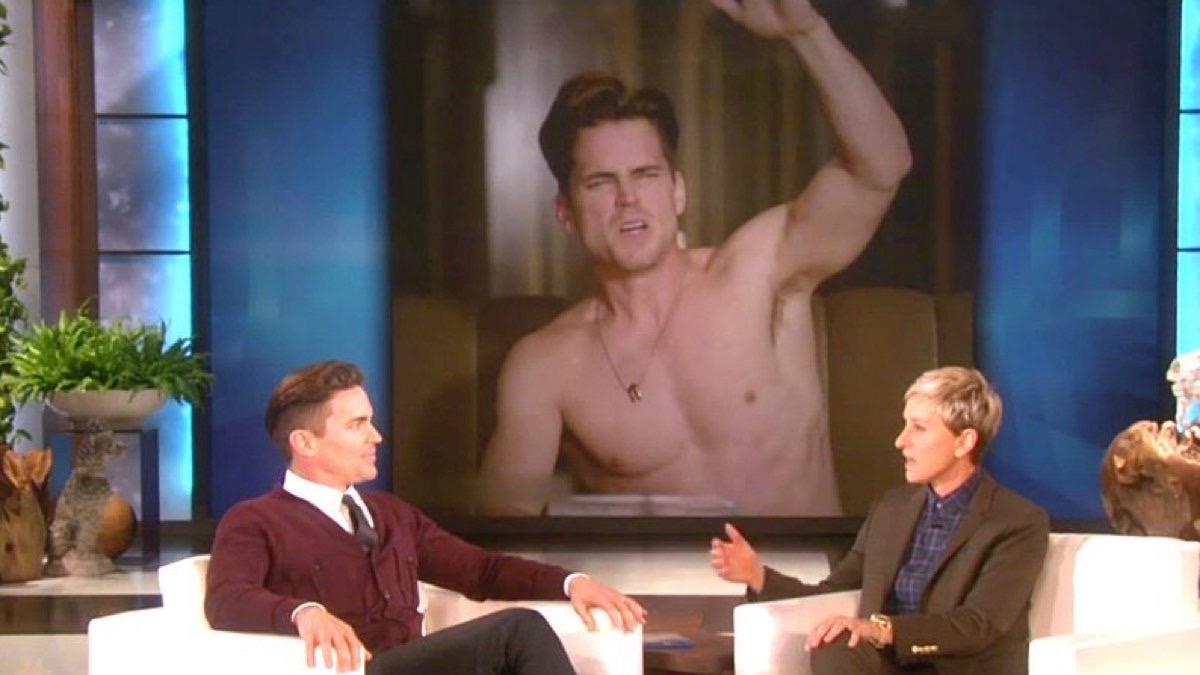 Seriously, so much about Matt Bomer‘s junk happening this week. Obviously, I have no problem with this.

As you’ll recall, Matt got pretty detailed with Details magazine (ha!) about trying to keep his man bits in a sock during all those American Horror Story: Hotel sex scenes. And bless his soul, he was talking about it again, this time on The Ellen DeGeneres Show.

For those of you who watched the first episode of Hotel last night, you’ll know that Matt and Lady Gaga got pretty naked and bloody during it.

I didn’t watch it because of fear, but I did read reviews! Matt was quick to mention again that doing sex scenes with Lady Gaga, or Stefani as he calls her is actually pretty easy because she “is so intelligent, and gracious and down to earth. She had us over to her house before we started to work together so that by the time I was wearing nothing but a sock with her, we could just focus on the scene.” And bless Ellen for asking the follow-up, “How do you keep the sock on?”

“It depends on what kind of sock they use but typically there is an elastic band and you pull it nice and tight–maybe give it a double tie.” At that point, “there’s not much left to the imagination, I mean, you have a pretty much understanding of someone’s junk if they’re wearing that.” I love you, Matt Bomer.

He also joked about last night’s premiere episode of Hotel which features him, Lady Gaga and another couple naked and covered in fake blood. “They just threw a plastic tarp over us…so here were the four of us with just a plastic tarp over us, making small talk until they called, ‘Okay, we’re rolling!’” Ain’t show business grand? Check out Matt’s full interview above. And yes, I’m going to try watching Hotel. But in broad daylight!

Socialite Life debuted back in 2003. As a tribute to the thousands of articles that we’ve published over the years, we have reached back into our vault to bring you this SL Flashback, that showcases some of our favorite posts. This article was originally published on October 5, 2015.