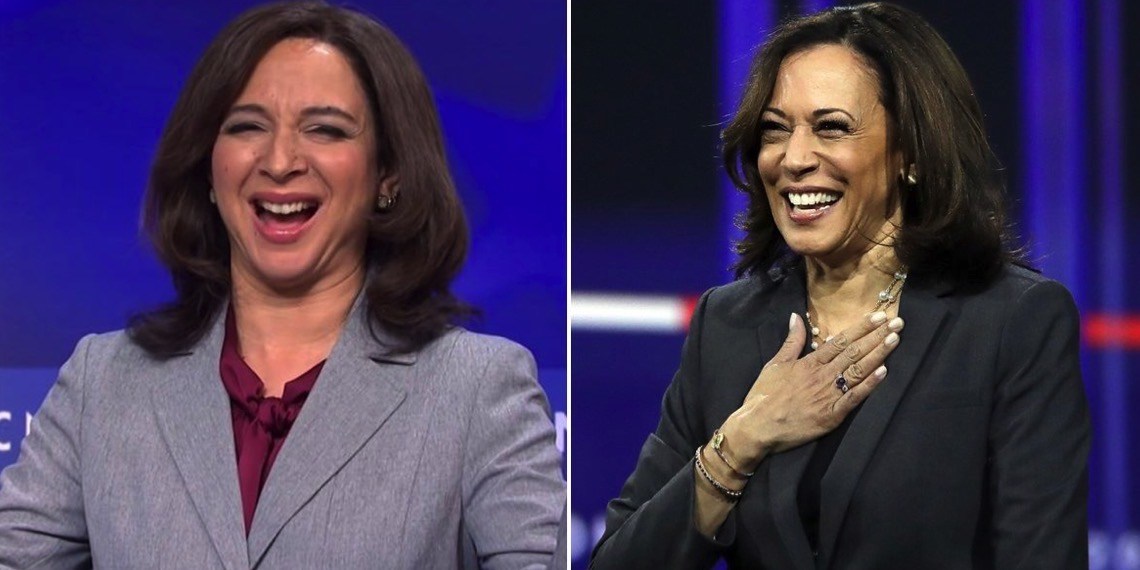 Kamala Harris has been named as Joe Biden‘s running mate for this year’s presidential election, and the woman who portrayed her on Saturday Night Live has something to say about it.

Entertainment Weekly was recording a panel discussion featuring Rudolph when the news broke. Her reaction to the news, “That’s spicy.”

When asked if she’d like to return to the show to portray Harris, Rudolph offered a hopeful response. “I love going to the show any excuse I can get … I just didn’t really anticipate traveling during this pandemic, but if there’s anyone who can work it out I’m sure Lorne [Michaels] has some kind of invisible helicopter that can get me there,” she said.

Below are a few clips of Maya Rudolph doing her best Kamala Harris.

Barack Obama had this to say about Joe Biden picking Harris in a statement:

Choosing a vice president is the first important decision a president makes. When you’re in the Oval Office, weighing the toughest issues, and the choice you make will affect the lives and livelihoods of the entire country – you need someone with you who’s got the judgment and the character to make the right call. Someone whose focus goes beyond self-interest to consider the lives and prospects of others.

Joe Biden nailed this decision. By choosing Senator Kamala Harris as America’s next vice president, he’s underscored his own judgment and character. Reality shows us that these attributes are not optional in a president. They’re requirements of the job. And now Joe has an ideal partner to help him tackle the very real challenges America faces right now and in the years ahead.

I’ve known Senator Harris for a long time. She is more than prepared for the job. She’s spent her career defending our Constitution and fighting for folks who need a fair shake. Her own life story is one that I and so many others can see ourselves in: a story that says that no matter where you come from, what you look like, how you worship, or who you love, there’s a place for you here. It’s a fundamentally American perspective, one that’s led us out of the hardest times before. And it’s a perspective we can all rally behind right now.

Michelle and I couldn’t be more thrilled for Kamala, Doug, Cole, and Ella. This is a good day for our country. Now let’s go win this thing.