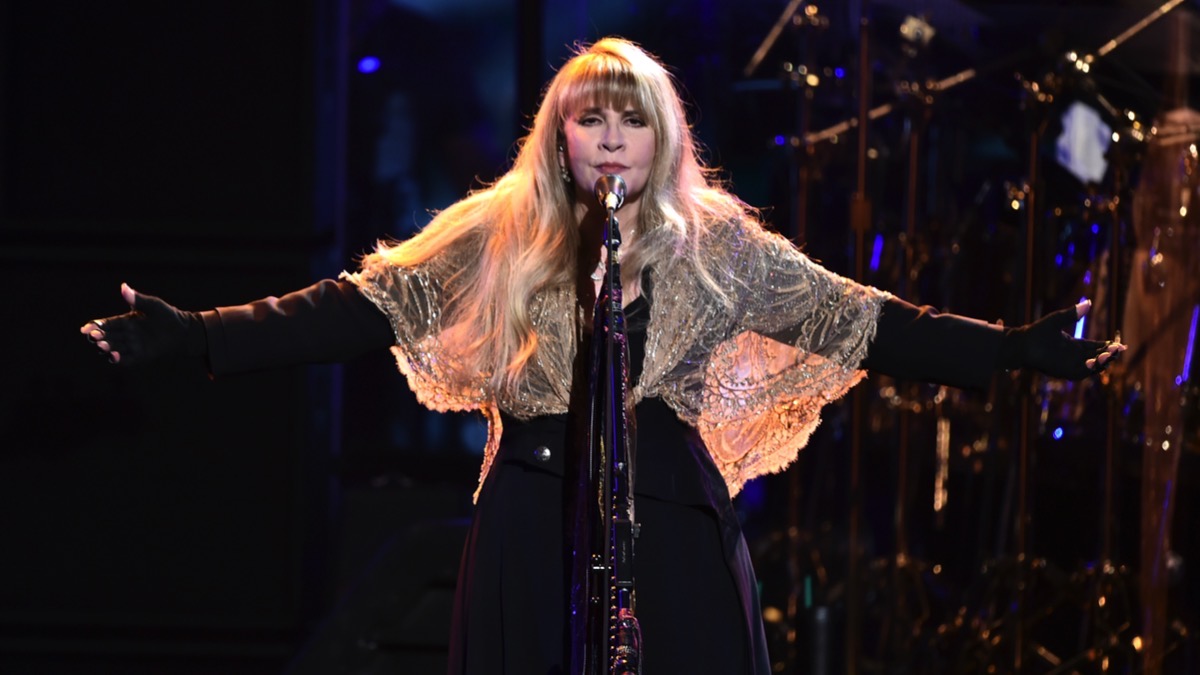 If you want to preserve Stevie Nicks‘ voice just wear a fricking mask!

Nicks spoke out on Twitter about the coronavirus pandemic, particularly the way Americans are responding to and facing the health threat, calling it “a real American Horror Story.”

“We still have our freedom, but we don’t have much time. Today, August 10th, 2020 there are 163,465 deaths from COVID 19 in the United States. 22,035 people have died in 13 days. A lot of people still aren’t taking the wearing of a simple mask seriously — or, just trying to be aware of how close you are to others. The masks and the distancing have now become a political statement. It is not political. It is a silent killer hiding in the shadows. It is stalking you. It doesn’t care who you are…it’s just looking for a victim.”

Nicks went on to list possible long-term effects of the virus, including blood clots, neurological problems, and a persistent, damaging cough. “If I get it, I will probably never sing again. Put me on a ventilator and I will be hoarse for the rest of my life. I don’t have much time. I am 72 years old.”

“This is like the season of American Horror Story I was in. It had turned into an apocalypse above ground. A serious ‘shelter in place.’ And unless you were a famous witch or wealthy warlock or just a very rich person you did not get into one of the underground bunkers…You did not want to leave that safe house because only death awaited you above ground. When those characters ventured out for just a moment, they wrote their hazmat suits and black gas masks — no questions asked. I found it terrifying. It was the end of the world.

“What’s going on in our country now is a real American Horror Story. Nobody is leading us. Nobody has a plan. Unless people change their attitude from ‘Oh this is such a bummer to stay in and wear a mask and not follow the rules, and not party,’ we will never get a hold of this virus. This virus can kill you. it can kill me. Kill my chances of pulling on those boots and hitting the road,” she wrote. “You take deadly chances because you think you’re immortal. You’re not. If you get this virus, your life will be forever changed. Your beauty will be stolen from you. You will age as you fight for your life. You will age as you fight your way back…if you survive.”

“This is a real American Horror Story. It is not a mini-series. It is a tragedy.”

Selena Gomez Opens Up About Mental Health and Alone Time

Can we all just listen to Stevie Nicks, wear a mask and move on.