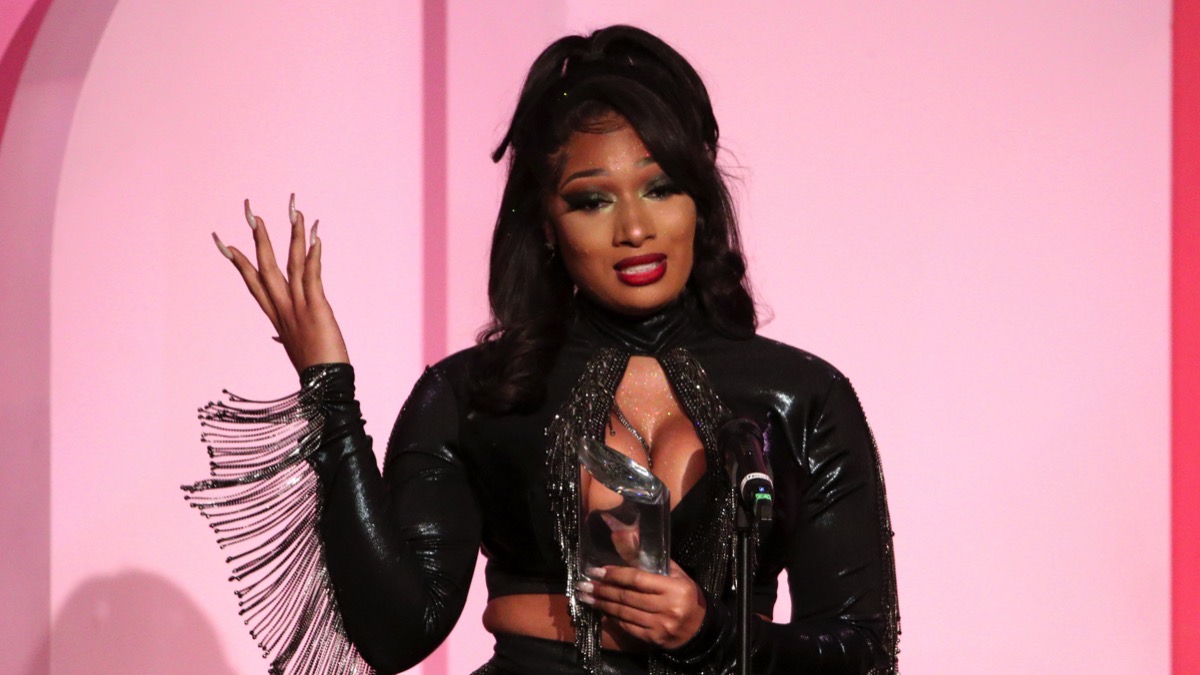 Rapper Megan Thee Stallion took to Instagram to clear up rumors regarding reports that she was in the car when Tory Lanez was arrested on Sunday (June 12, 2020) for carrying a concealed weapon.

She was shot in the foot, but it is not clear who she was shot by. TMZ’s law enforcement sources say she told the cops that night she had cut her foot on glass, and that’s why officers took her to the hospital for treatment.

“I was never arrested. This whole experience was an eye-opener and a blessing in disguise. I hate that it took this experience for me to learn how to protect my energy.”

“The narrative that is being reported about Sunday’s morning events are inaccurate and I’d like to set the record straight. On Sunday morning, I suffered gunshot wounds, as a result of a crime that was committed against me and done with the intention to physically harm me. I was never arrested, the police officers drove me to the hospital where I underwent surgery to remove the bullets. I’m incredibly grateful to be alive and that I’m expected to make a full recovery, but it was important for me to clarify the details about this traumatic night. I’m currently focused on my recovery, so I can return back to my life and back to making music as soon as possible.”

Read the full story at TMZ.

John Legend Owns Up to Cheating Before Meeting Chrissy Teigen

During an appearance on Armchair Expert With Dax Shepard, John Legend and host Shepard both shared stories about how they cheated on their exes — and neither one is proud of the fact.

“I think what happened for me, personally, you go through a lot of your life in your teens — and I was like the ‘two years younger kid than everybody’ in high school and college, and so I just didn’t get a lot of girls when I was younger,” Legend said. “When I started to get that attention, I loved it. I just ate it up.”

Legend went on to say that he would tell himself that it wasn’t “technically” cheating because he kept his relationship status blurry. Because there was no official statement on the situation, he thought he could do whatever he wanted.

“I escaped ‘technically cheating’ by keeping my relationship ill-defined. But it was really cheating,” Legend explained. “I definitely was dishonest and selfish and just enjoyed this new attention I was getting. It was happening before I was famous but when I was kind of on my way.”

Read the full story at People.

■ Actor Kevin Connolly is accused of sexually assaulting a costume designer in a VIP lounge during a 2005 wrap party in Manhattan, according to a report. (The Daily Beast)

■ Jake Paul remains a horrid individual. During the middle of a pandemic the YouTube personality massive party at his mansion in Calabasas despite stay-at-home guidance in California. (Vulture)

■ She surprises us again. Ghislaine Maxwell is secretly married and won’t reveal whom she’s married to! (The Guardian)

■ It seems Tom Hiddleston and Zawe Ashton are living together in Atlanta right now. (Celebitchy)

■ It is all on Bruce. Demi Moore says Bruce Willis is to blame for that brown shag rug in her bathroom. “This is the house that my children grew up in. So that, originally, was a Bruce Willis choice, not to put it off on him.” (Just Jared)

■ Claudia Conway, the daughter of Trump aide Kellyanne Conway and Trump critic George Conway, who made headlines in June after Twitter discovered she’s anti-Trump, goes to Black Lives Matter marches, is an LGBTQ ally and is making her voice known on TikTok, has reportedly been banned from social media. (Towleroad)

■ Jim Carrey says Renee Zellweger, who he dated for a year after meeting on the set of the 2000 movie Me, Myself & Irene, was his “last great love.” Apologies to all the women that he’s dated since. (Daily Mail)