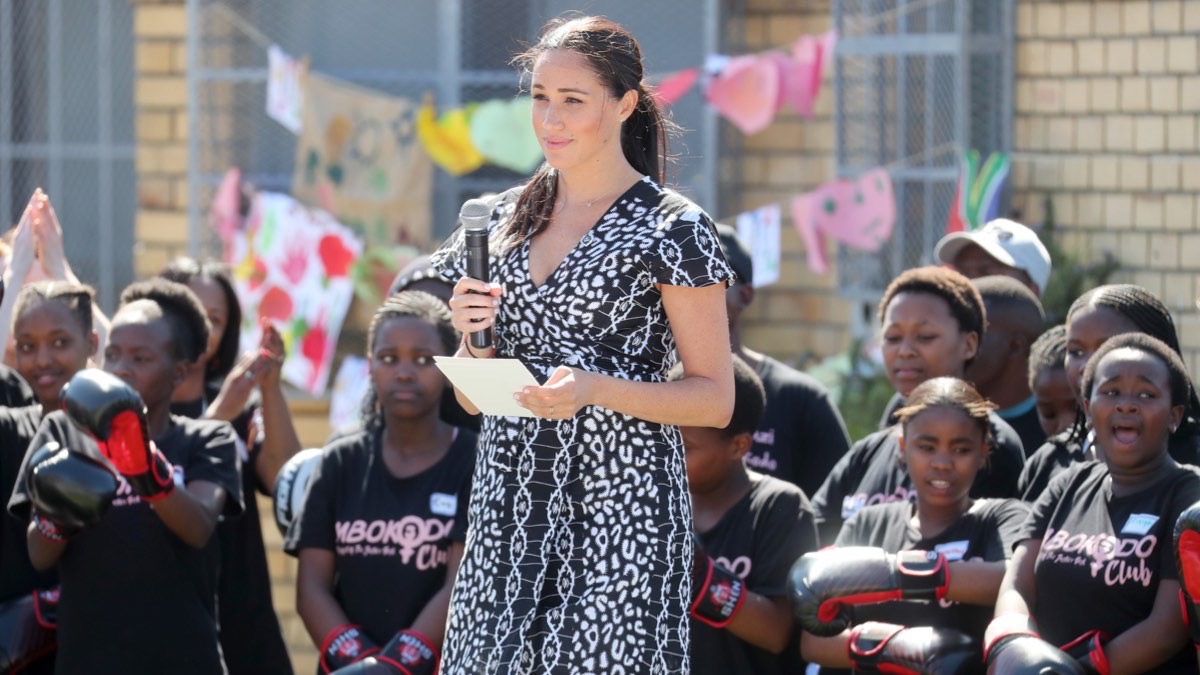 Meghan Markle was in South Africa Monday (September 23, 2019) for her first visit to the country, and while the Duchess of Sussex might officially be there on royal business, she told the cheering crowd, “I want you to know that for me, I am here as a mother, as a wife, as a woman, as a woman of color, and as your sister. I am here with you, and I am here for you.”

Prince Harry also gave a speech on the first stop of the tour, at Cape Town’s Nyanga township.

Markle, 38, after watching a self-defense class for girls, urged women to fight for “respect, dignity and equality,” and her husband, 34, spoke out against violence toward women.

“No man is born to cause harm to women. This is learned behavior and a cycle that needs to be broken,” he said. “It’s about redefining masculinity, it’s about creating your own footprints for your children to follow in, so that you can make a positive change for the future.”

The 10-day tour will also include stops in Malawi, Angola, and Botswana. Vanity Fair notes the royal couple did away with some of the traditional protocol for the trip—no red carpet was rolled out upon their arrival, and there will be “minimal fuss [and] formality,” the magazine says.

“I have no idea how to speak to them,” one official reportedly told a local outlet. “We haven’t received any official brief on etiquette. I think that’s because the Sussexes want to keep it informal. I don’t even know how to greet them.”