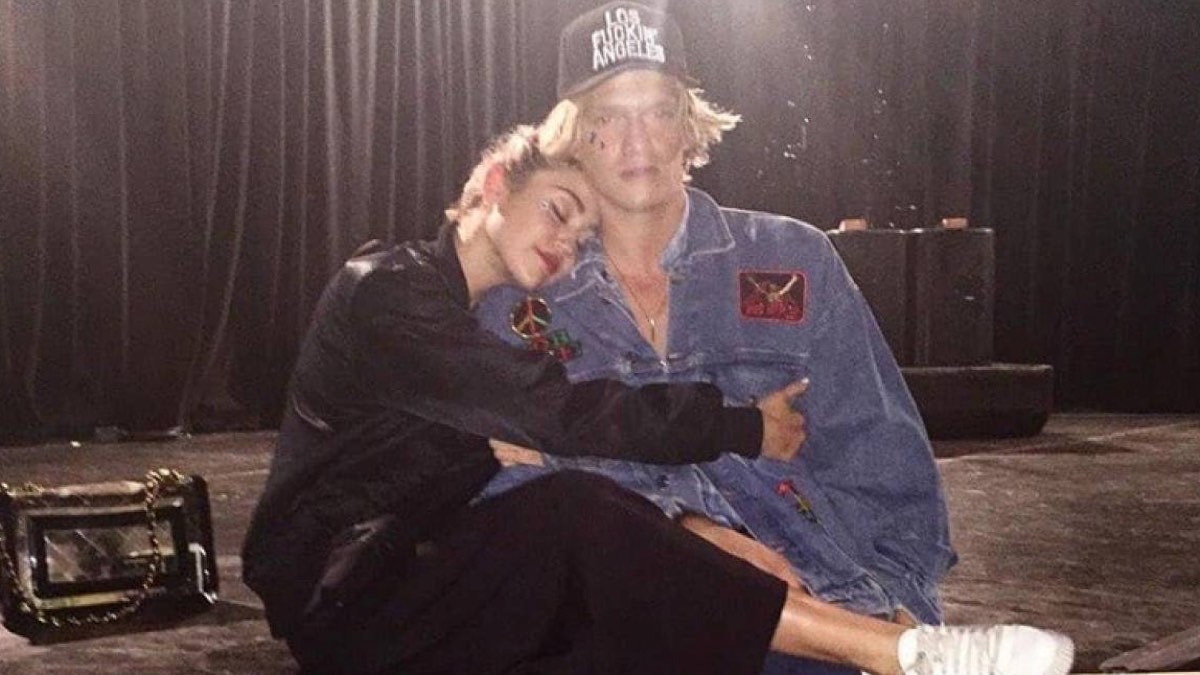 Now that the singer’s whirlwind whatever with Kaitlynn Carter is over, Miley Cyrus seems to be moving on to a new make-out buddy — Cody Simpson.

On Thursday afternoon, the Cyrus was spotted with Cody Simpson at a Los Angeles grocery store where an eyewitness exclusively tells E! News they saw them coming into the grocery store “real quick” to grab a drink and some sushi.

And, according to the eyewitness, they also shared a “quick kiss” while perusing their food options.

Not long after, the eyewitness says Miley, who was “dressed casually in a tank top,” and Cody “noticed people seeing them so they tried to rush out of there.”

This isn’t the first time that they have been spotted together, with recent fan rumors indicating that the two have met a number of times recently.

A fan claimed on Twitter on 30 September that they had spotted the two at a coffee shop in Malibu, as they sat “four feet from him.”

Miley and Cody have also known each other for some time now, with the Aussie gushing that the Wrecking Ball hitmaker was his ‘best friend’ in 2015.

Speaking to GQ Australia, he said: “Miley is one of my best friends and she helps with some of that transitional stuff – trying to escape your childhood. She’s super open-minded and I’m working on becoming more like that.”