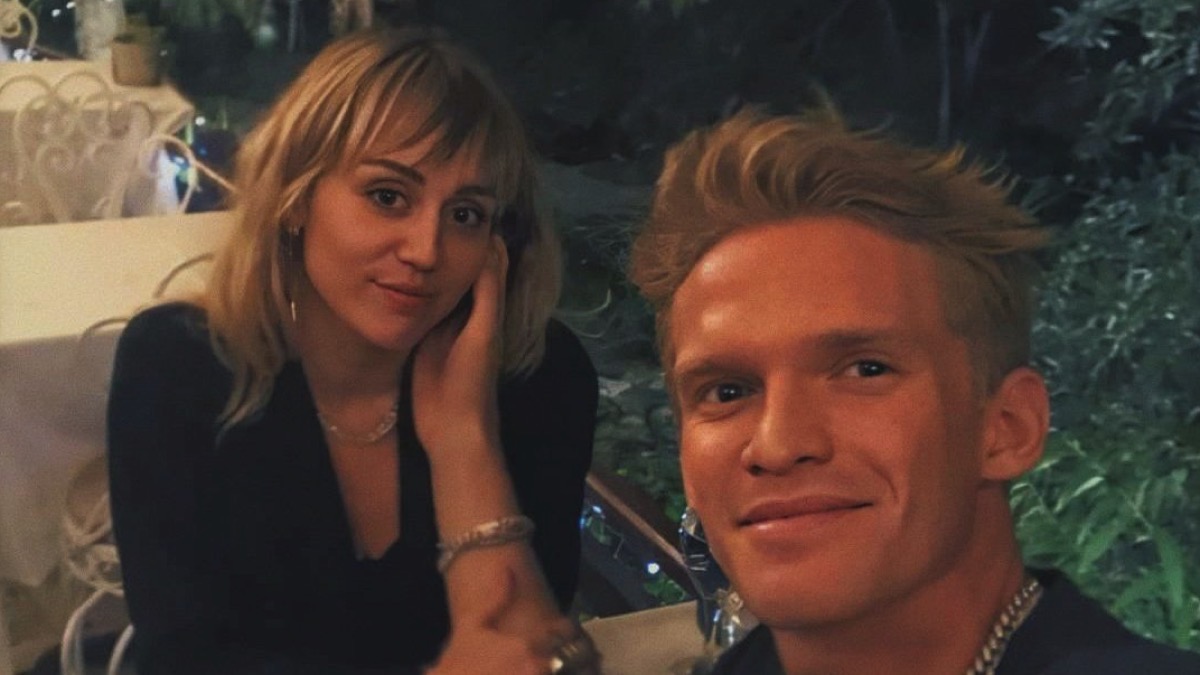 Miley Cyrus and Cody Simpson have broken up after less than a year together.

Details of the split remain unclear, though E! News reported that the Simpson star was the one who initiated the breakup “a few weeks ago.”

Miley may have been hinting at their split while promoting her upcoming single “Midnight Sky.”

Cyrus seemingly teased the breakup on Instagram while promoting her self-directed video for her latest single, “Midnight Sky.” The pop star captioned a photo earlier this week: “Forever and ever no more. The #MidnightSky is the road I’m taking … head up high in the clouds.”

Simpson, 23, and Cyrus, 27, were first linked together in October 2019 after the pair was spotted kissing in Los Angeles.

Just last month an insider told E! News how great they were together. “Miley feels very secure with Cody and really trusts him,” the source said. “He treats her well and makes her feel like a million bucks.”

The source continued, “Cody and Miley have been quarantining together this entire time and are very happy. They are both low-key and enjoy doing simple things like hanging out at home, watching movies, and cooking.”

Miley has addresses the break up report in an Instagram Live video:

“A year ago, almost to this exact date, the media tried to tell my story for me, and control my narrative, and I’m just not accepting that…so today, it came out that me and my boyfriend have broken up.”

“It was confirmed by a ‘reliable source’ even though no one is reliable in a relationship except the individuals who are participating in it. But right now, two halves can’t make a whole and we’re individually just working on ourselves to become the people that we wanna be, like everybody else at this age.”

“We are just deciding who we wanna be in our lives, what we wanna do, and so, don’t make it some drama story if next week we’re hanging out, getting pizza. We’ve been friends for 10 years and we’re going to continue to be friends, so just don’t make it something that it is not.”

Speaking of Miley’s relationships, Cyrus appeared on Barstool Sports podcast Call Her Daddy where she revealed that she lost her virginity to Liam Hemsworth when she was 16-years-old.

“I didn’t go all the way with a dude until I was 16, but I ended up marrying the guy,” she said in the teaser video for the episode. Miley was 16 when she filmed The Last Song with Liam. After having an on-off relationship for a decade, they got married in December 2019, but split just seven months later.

Cyrus also revealed to host Alexandra Cooper that “The first time I ever hooked up with anyone, it was a girl — two of them, actually.”

Watch the video for “Midnight Sky” below.