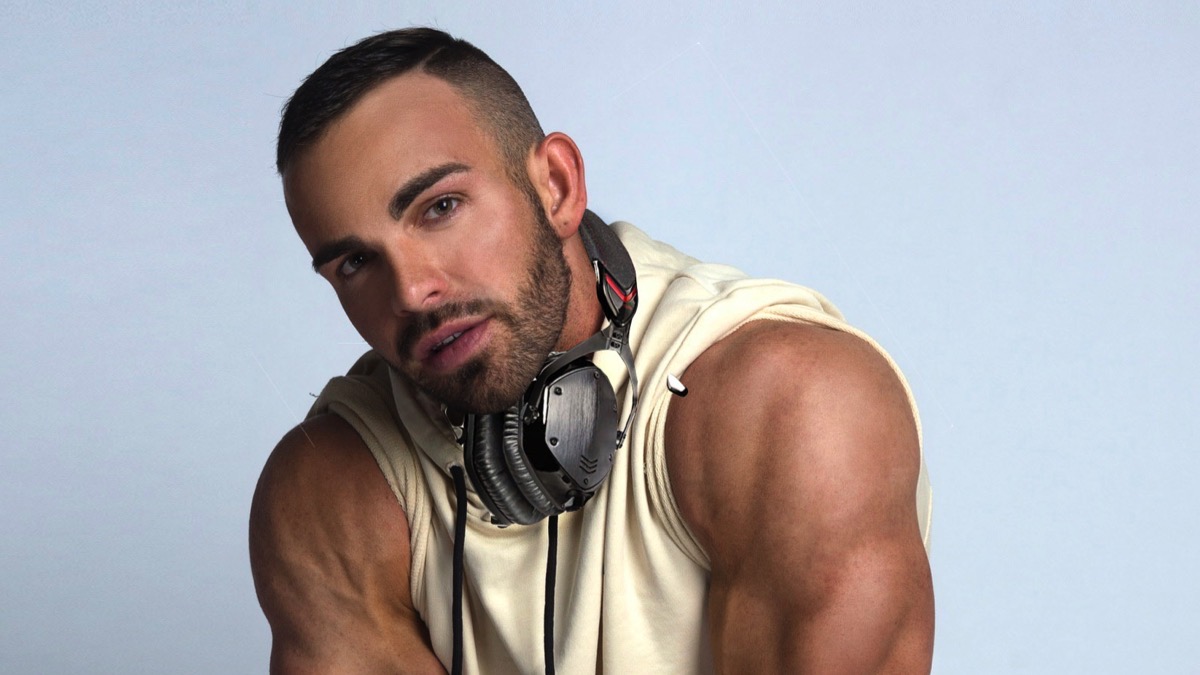 Nick Stracener is not only easy on the eyes, as his 200,000+ followers on Instagram can attest to, but he’s also a busy, busy man.

Nick recently received kudos for his work as a DJ/producer, as his remix of Lindsay Lohan’s “Back to Me” gained him a shout-out from the actress. In addition to his success as a social media influencer, he’s a nationally qualified men’s physique athlete and an international flight attendant.

When he’s not globetrotting, he’s home with his two pups, Oliver and Olivia, and his fiancé, CX.

Nick chose to remix the song because it had a relatable message to him, due to the fact that his social media notoriety often invites criticism. He uses his platform to show off his bodily accomplishments, yes, but it is also a place for him to release heavy matters that are weighing on his mind – most significantly, his own mental health.

He says, “People with mental illness come in all shapes, sizes, and colors and I want to reach others who may be going through similar struggles.” He adds, “You can never really know what someone’s going through in their personal life or what’s going on in their head.  Severe depression and anxiety are hidden diseases and I have found, the best way to fight it is to get it out in the open.  It’s nothing to be ashamed of.”

Nick discusses how music shapes his life and shares more about himself as he answers the Socialite Seven. Get to know more about this true renaissance man.

When did you know that you wanted to work in the music industry? And have there been any moments in which you regretted your decision (in the moment)?

For me, every time that I have ever gone to an event or a party, I have been one to fully immerse myself in the music. I always think to myself, what is it about this particular song or remix that I like and how do I think I could improve on that? I’ve always been the first one of my friend circle to give my two cents about the music.

Last year was when I finally pulled the trigger on deciding to work in the music industry and take up DJ’ing, and it was a decision that I have wanted to make all of my life. Music was actually what I wanted to major in at college, but you know how it is when parents tell you to pursue something that’s a little more secure financially.

I ended up choosing Kinesiology because I love human anatomy. There has been a time or two when I thought that DJ’ing was just too political for me, but then I snap out of thinking that way and think to myself that my music will always speak volumes, so I let it do the talking.

The year 2020 was the year I told myself that I would choose something that I am passionate about and pursue that as a career. One is not simply working if they are enjoying it.

Who has had the biggest influence on your career and why?

I think for me my answer would have to be Taylor Swift because I think our minds function quite similarly. I am a creative person, passionate about what I believe in, and I am an entrepreneur. Those are my favorite three qualities about her; and I think that’s what makes her so successful. She also stays true to herself and I love how she has evolved as an artist and isn’t afraid to take risk. I tell myself to think like Taylor when it comes to making a difficult decision. Lol.

I would absolutely love to collaborate with either Taylor Swift or Lauv. Those are two of my favorite artists and I think we could make a banging track together. Both of them are incredibly talented.

I tend to play a lot of what I actually listen to in my hour-long sets but I am not afraid to admit that I love me some Kacey Musgraves and Miranda Lambert. Both are country artists and Miranda is from my hometown of Lindale Texas, and Kacey is just 10 minutes further. Sometimes some of the slower songs that I like are harder to incorporate in my music, but I think I do a pretty good job at showing the listener exactly who I am through my music.

What has been your greatest accomplishment so far?

In terms of music I think my greatest accomplishment would be to have gotten a positive review from the actual artist Lindsay Lohan herself about my latest remix “Back to Me” that I did for her. Nothing can truly top that. haha.

Three things that I cannot live without are my family (my puppies Oliver and Olivia included), my phone, and HEADPHONES!

The best advice that I’ve been given goes back to my early days of treating people how you want to be treated.