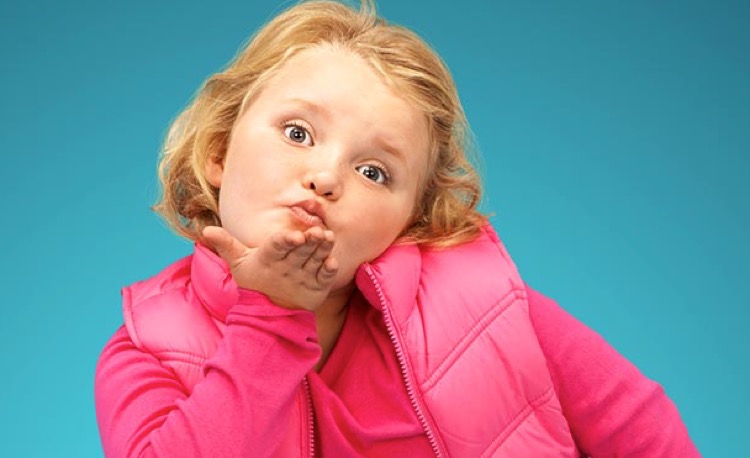 There are just some reality TV stars that get to. Those you love to hate but hate the fact that you secretly love them. We’ve picked out a few of our faves.

1. Honey Boo Boo: Tiaras, toddlers and…Honey Boo Boo Child! With just as much sass as she has crass, its hard to look away from the small diva due to her quirky confidence. While she may not be the most refined little girl in pageant history, that’s what separates her from other bratty kids we see on these type of shows. Honey Boo Boo rocks what shes got, a huge personality with a boisterous crazy family by her side. It’s hard to make fun when the family wants in on the joke that is their unconventional television success.

2. Flavor Flav (YEAHH, BOY!): Who else can wear a huge clock around his neck and have it be as accepted as Elizabeth Taylor wearing diamonds around hers? To each his own, right? Even though his time as a rapper was short-lived, Flavor Flav gave us numerous hilarious reality television shows on VH1. We watched each week, one sleazy contestant after the next duke it out for the affection of this grill-wearing celebrity. And of course, let’s not forget Ms. New York. Flavor of Love was just a jumping off point for the insane spinoff shows that were to follow.

3. Jon and Kate Gosselin: These two are just sad. Sad, with an abundance of children. Somehow they managed to grab an enormous audience with fans tuning in weekly to see this couple slowly fall apart. But then again who could blame them? If you want to see chaos within the modern American family most could find it in their own backyard. However, the scandalous relationship between these two oddballs kept us watching.

4. Jersey Shore Cast: Apparently, The Real World just wasn’t making the grade anymore in terms of the craziness factor. Which brings us to New Jersey. Seven “guidos” and “guidettes” picked to live in a house, and have their fist-pumping lives taped. Yes, taped and recorded for us non-Jersey folk to both laugh with and at. With nicknames like The Situation and Snooki, it wasn’t hard to get lost into this televised New Jersey Turnpike.

5. The Kardashians: First, Kim and her sex tape. Then, Khloe with her DUI. Next, Kourtney with her dysfunctional relationship with Scott. We just can’t get enough of the Kardashian clan. Keeping Up With The Kardashians is a non-stop buffet for endless drama and entertainment. Back in the 70′s, we had the Brady Bunch, now we have the Kardashians to laugh and cry with—minus the corny moral dilemmas. Well, maybe some. MARCIA, MARCIA, MARCIA! More like KIM, KIM, KIM!

This article was originally published on September 16, 2012.