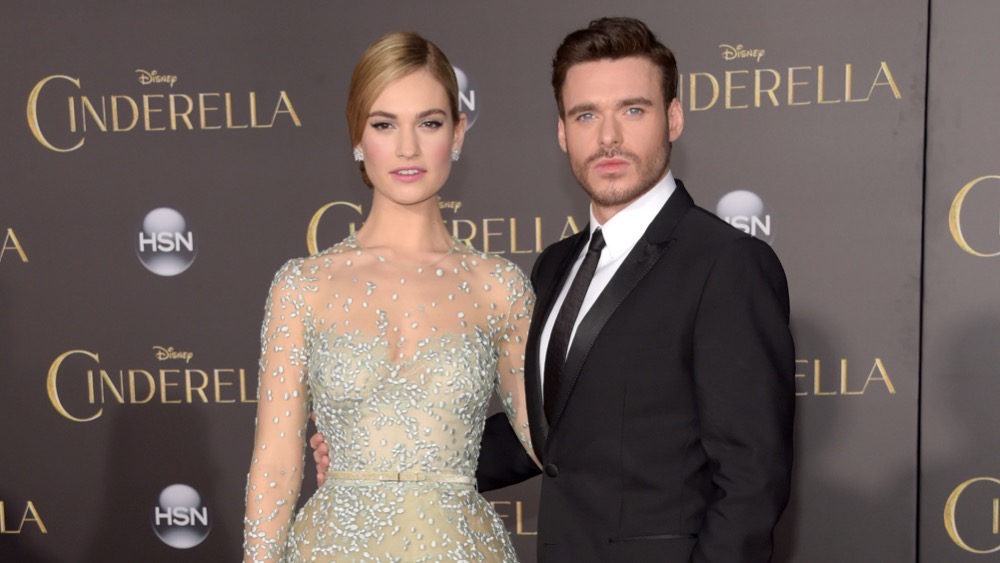 Apparently guys, Richard Madden‘s junk was just way too much for Disney.

The actor popped by Jimmy Kimmel Live last night to plug his upcoming movie Cinderella, aka The Movie Sabba is Most Excited About This March Because Who Doesn’t Wanna Watch Cinderella.

RELATED: Ewan McGregor Covers Nylon Guys, Is Too Polite To Tell Us About His Huge Penis

While there, Richard revealed that Disney had quite a lot of trouble with his genitals and the tight, white pants he was wearing as Prince Charming in Cinderella

“The prince can’t have any genitalia, apparently,” Richard joked with Jimmy Kimmel. “We had about two days of screen tests where we had to try lots of different jock straps, just to make sure we can’t see anything through the trousers.”

Listening to Richard describe the most painful jockstrap might bring a tear to your eye as it did to Richard’s.

Watch the video above, then tell us how you like your Prince Charming: bulging or like a Ken doll. And if you want to hear Richard talk about Game of Thrones

Socialite Life debuted back in 2003. SL Flashback showcases some of our favorite content from years past. This article was originally published on February 27, 2015.