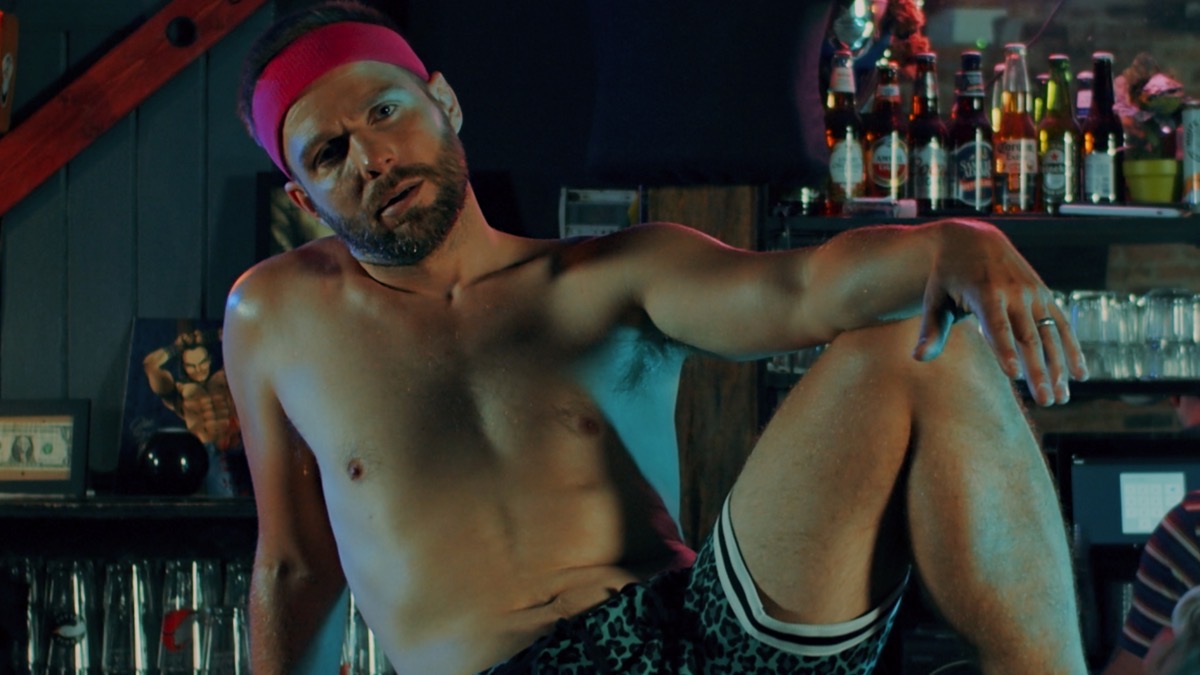 In the video (watch below), Tom shows off his basketball dribbling skills and he even channels his inner drag queen – but makes it nerdy, appearing as Princess Peach from the Mario Brothers video game. Tom said, “I was happy to wear the dress and tiara. It’s the embodiment of the video game hero becoming the real-life hero. The nerdy bear saves the day!”

About the inspiration for the tune, Tom explains, “We’ve all seen the movies where the nerdy girl is hot, but she doesn’t know it. She has to take off her glasses and let down her hair for the world to recognize her beauty. I say hell no to all that. The nerdy bear is already as cute as can be!”

“It would be hard to pinpoint what I love most about nerdy bears,” continues Tom from his LA home.  “From my experience, they tend to be gentle and warm. They want to have a good time, they’re easy to get to know and of course, they’re cuddly.  To me, that’s a winning combination.”

Tom hopes the song lifts listeners up and make them smile, something he believes we need more than ever.  “Given the hot mess that is 2020, I feel like I have a responsibility to create music that brings people together and helps them to see the world in a positive light.”

“Nerdy Bear” follows the release of Tom’s full-length album, Territories, that included six music videos and his first Spanish-language single. Since the pandemic, he has spent his time in quarantine working on new projects for himself as well as for other artists. “I’m excited for the opportunity to give back to the community and help other queer artists tell their unique stories,” Tom says, adding optimistically that, “It’s going to be a fun 2020.”

Learn more about Tom as he answers the Socialite Seven.

When did you know that you wanted to become a singer?

I’m not sure to be honest. I always found joy in singing, but it wasn’t my first love growing up. When I was in high school, I started really getting into Dave Matthews Band. It was then that I realized the power that music could have to bring people together and create a positive impact.

Hmmm, I don’t know. I love hip hop, maybe that’s surprising, but I think everyone loves hip hop. I listen to a lot of true crime and conspiracy theory podcasts, that’s probably more surprising. I’ll talk your ear off about murder and UFOs if you let me.

What are your favorite nerdy things (shows, comics, games, etc.)?

Probably video games. I’m fairly obsessive. Once I get into a game I can’t stop playing. It’s all I think about and I literally lay in bed thinking about how to be better at the game. My method is this, find a game, play it obsessively, notice how it’s starting to control my life and how I’m not getting work done, quickly finish the game, delete the game. I do it over and over. I have to delete all my games or there will be serious life repercussions.

What skill would you like to wake up with tomorrow?

I’d love to be good at languages. I believe that my inability to speak another language is one of my greatest weaknesses.

Focus on those who love you.

“Nerdy Bear” is available on iTunes, Spotify and all major digital platforms. You can get more from Tom on Instagram and at http://tomgossmusic.com.