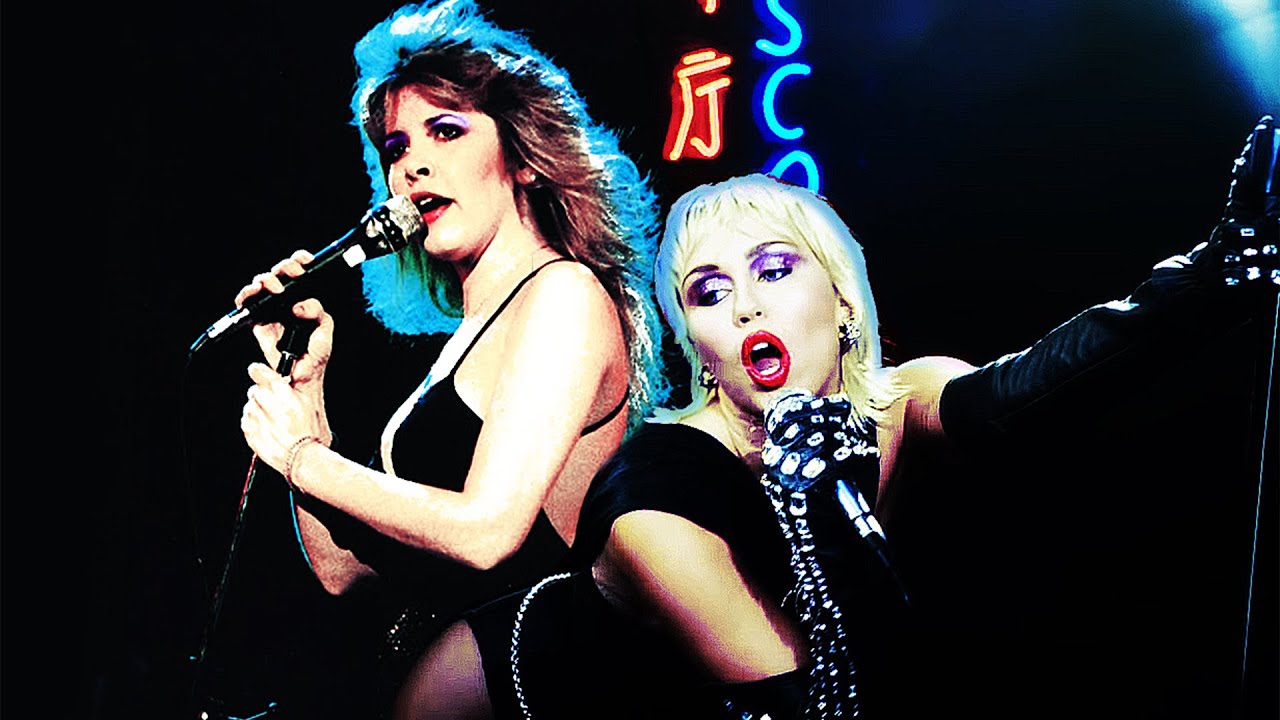 In what has to be have been one of the most nerve-wracking weeks of my life, Miley Cyrus has given us a gem in the form of a Stevie Nicks assist.

Last night (November 05, 2020), Cyrus released what is officially deemed “Edge of Midnight (Midnight Sky Remix),” a track that mashes up her own current single, “Midnight Sky,” a top 20 hit released in August, with “Edge of Seventeen,” the hit that appeared on Nicks’ first solo album, Bella Donna, back in 1981.

Stevie Nicks has always been my idol & an inspiration. It’s an honor to now call her my friend and collaborator.” To which Nicks responded: “Miley…Magical! Loved singing with her!”

Cyrus recently opened up about how she has been coping with “trauma” since her divorce from Liam Hemsworth was finalized in December 2019. On Monday, Nov. 2, Cyrus spoke on the Scandanavian talk show Skavlan about her secret “tool” to handling the heartbreak.

“I think my feelings change really drastically all the time. Because every experience we have at every second changes the way that you perceive your life,” Cyrus said.

When the show’s host Fred Skavlan asked the singer, “Would you say that you are becoming more emotional or less emotional as you grow older?” she admitted that it all depends on who she is having that conversation with.

After all, “If you ask dudes I’ve broken up with they’ll say less, but I think more. I would say that there’s a stigma of coldness for a woman who actually, really moves on.”

The singer also addressed her personal traumas during her interview and revealed how “I’ve gone through a lot of trauma and loss in the last couple years: I had a house fire in Malibu where I lost my house and went through a divorce recently, my grandma super close with, I lost.”

“In a way, I didn’t spend too much time crying over it and it wasn’t because I was cold or trying to avoid feeling something but it was just because I wasn’t going to change it. I tried to just continue to be active in what I can control, otherwise you just start feeling like you’re trapped.”

As a result of everything that happened over the last couple of years, Miley ended up learning that “I heal through movement. I heal through traveling and meeting new people. As you lose one person, another person comes into your life.”