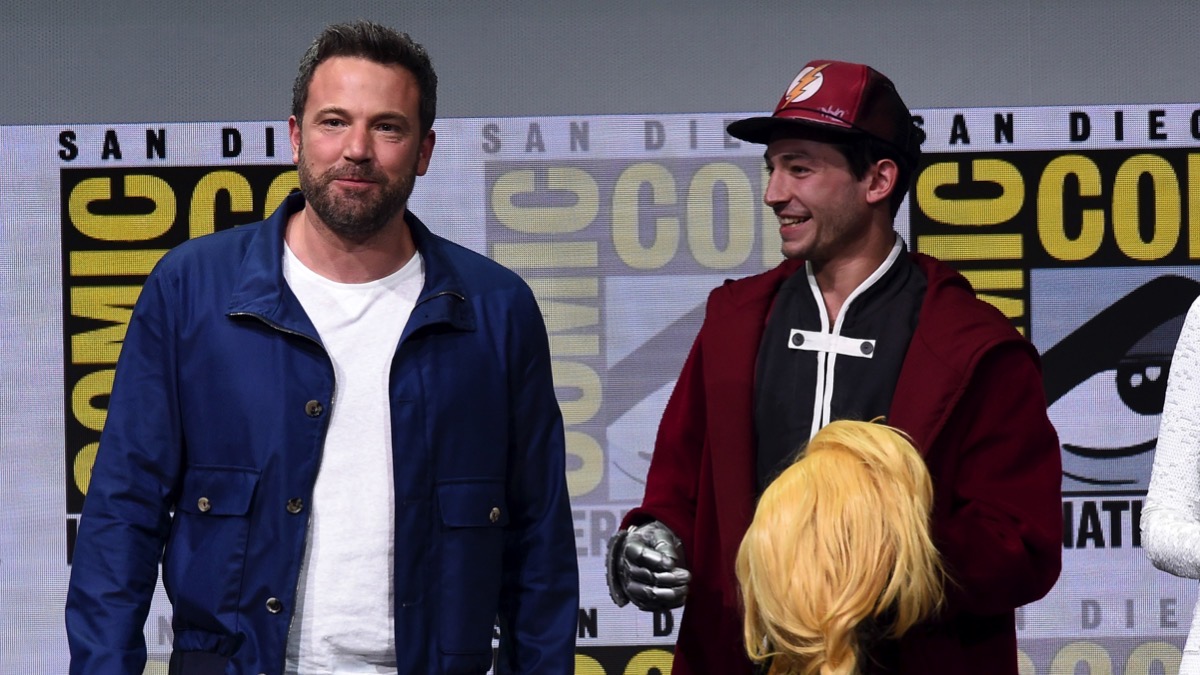 Ben Affleck will once again reprise his role as Bruce Wayne/Batman in Warner Bros.’ upcoming DC movie The Flash starring Ezra Miller in the title role!

According to Deadline, it will be a cameo role and it will be alongside Michael Keaton, who is also reprising his role as Batman from the Tim Burton-directed films.

While it is said to be just a cameo, The Flash director Andy Muscietti describes it as a “substantial” part. Affleck reportedly got the script for The Flash last week and agreed to jump on board the project. Muschietti said in a statement:

“He’s a very substantial part of the emotional impact of the movie. The interaction and relationship between Barry and Affleck’s Wayne will bring an emotional level that we haven’t seen before. It’s Barry’s movie, it’s Barry’s story, but their characters are more related than we think. They both lost their mothers to murder, and that’s one of the emotional vessels of the movie. That’s where the Affleck Batman kicks in.”

Ben Affleck Spotted With Ana De Armas in Cuba, Said to Be Dating