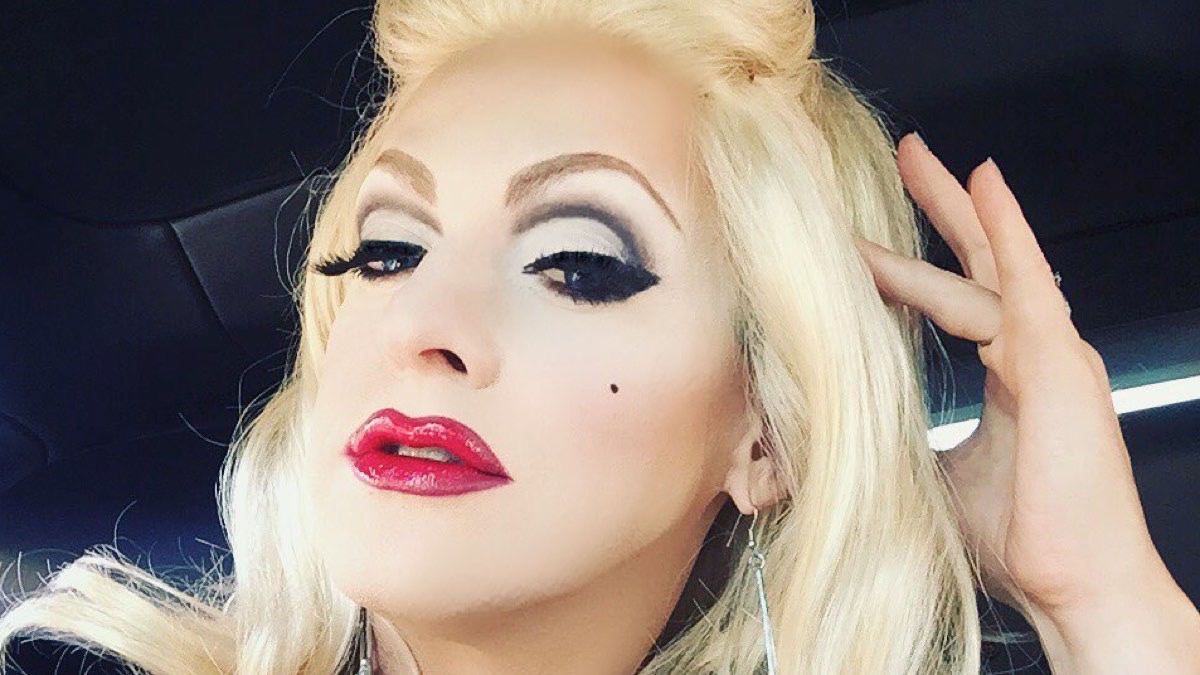 Hello, hello, hello! It’s been a busy week in Dragland, what with the excellent premiere of RuPaul’s Drag Race UK (don’t worry, we are recapping the show’s most sickening moments for you here at Socialite Life!)

Stateside, we have an update from some of your favorite queens, who are here to keep you company until season 12 and All-Stars 5. Let’s bring it to the runway.

Mano Agapion and Nicole Byer are together again for the season two premiere of “Drag Her.” The pair hilariously discuss the queen-testants of RuPaul’s Drag Race UK and scream jokes at us like only they can.

If you missed last week’s episode of “Hot Goss”, be sure to check it out with more from Delta Work. Willam and Alaska once again spill the tea, get a little political and deep dive into the DMs on this week’s episode and, over at “Race Chaser” classique, the dolls dissect the RuPaul’s Drag Race season three reunion and share the last “Raja Refection” of the season. Check them out at Forever Dog.

One of our favorite OG queens, season 2’s Pandora Boxx shared a preview of her new single, “Swish”, on social media this week. It’s a great tune, and we’ll be talking with Pandora about the new song and what she’s been up to soon, so stay tuned.

In other Pandy news, if you miss her on the small screen as much as I do, she’s been cast on an upcoming series called Some Kind of Wonderful. The show, described as a “gay romantic comedy television series set in the heart of Palm Springs, California” The show also stars Olympic diver Greg Louganis. The show is in need of funding and has an Indiegogo campaign up to raise money to shoot the pilot. Help out and support our queen!

Another season two stand out, Morgan McMichaels, has launched a new podcast called “Funk What Ya Heard.” The show promises “all the music you didn’t know you were missing and more.” I’ve seen Morgan perform and she consistently chooses fantastic songs, so this podcast is sure to be a hit. You can check out the first few episodes on iTunes or wherever you get your podcasts.

Nina West took home the title of Miss Congeniality on season 1 and could possibly add “Oscar winner” to her list of accomplishments. Entertainment Weekly reports that after Nina expressed her desire to do voice work for Disney on The View, she was handpicked by director Amos Sussigan to voice the role of the lead character’s mom for his animated short “Coaster.” She told EW, “People still see drag as relegated to the nightlife, but I don’t necessarily see it that way,” adding that there are “things in motion that hopefully will further the conversation with Disney” in addition to leading a children’s show with a drag queen host in the near future. “I know that’s controversial and people are going to try to tear me down, but I think there’s a need and a market for it, and there’s space for people to say that they want something like this in their lives.”

Our favorite quirky queen, Tammie Brown, just released a video for her new song, “Round ‘N Round.” The tune, which is giving me some serious 70s disco-era vibes, is accompanied by clips of Tammie on stage and at RuPaul’s DragCon. We need more Tammie in our lives.

Bob and Monét talk about video games on the latest episode of “Sibling Rivalry.”

If you’re at a loss for a Halloween costume this year, Kimora Blac shows you how to achieve a “gothic goddess” look in this wet and wild makeup tutorial.

And, if you need a wig to complete your Halloween ensemble, let Jaymes Mansfield show you how to transform another of Ru’s Party City wigs into a Hairspray-esque beehive.

I didn’t know that Willam did a podcast/video series to accompany his Suck Less book, but this sizzle reel just hit the interwebz this week and it is everything. Check it out as she cuts up with the likes of Alaska, Jiggly Caliente, Manila Luzon and more.

Speaking of Jiggly, she is not only killing it as an actress on Ryan Murphy‘s Pose (but we need to see more of her), she’s also winning in the video dating department, if this “Drag Queen Video Dates” submission is any indication.

Before we wrap things up, if you are a fan of all things drag, I can’t recommend signing up for Wow Presents Plus enough. For a few bucks a month, you can access not only Drag Race UK and Drag Race Thailand, but video series from some of your favorites, including Yvie Oddly‘s “Odd School”, Tatiana;s “Tea with Tati” and Yuhua Hamasaki‘s “Sew What” (and, of course, my favorite, “UNHhhh” with Katya and Trixie.) For the price of one cappuccino, you can have hours of drag and LGBTQ programming just a click away. Treat yourself!

That’s all for this week. Until then, everybody say LOVE!

The Week in Drag – All-Star Week One Recaps, the Queens Celebrate Pride and More