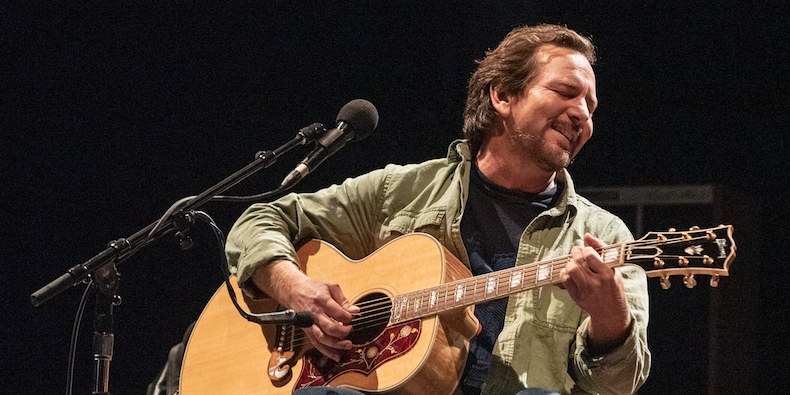 During his set, he covered “Maybe It’s Time,” a song written by Jason Isbell and performed by Bradley Cooper for A Star Is Born. Watch below (via Stereogum). Scroll down to hear Cooper’s soundtrack version.

After learning of Vedder’s cover, Jason Isbell tweeted, “Holy shit Eddie Vedder sang my Bradley Cooper song in his set tonight. That is by far the strangest sentence I’ve ever composed but it’s certainly a huge honor. I was 12 when ‘Ten’ came out and by god I learned how to play every song on it.”