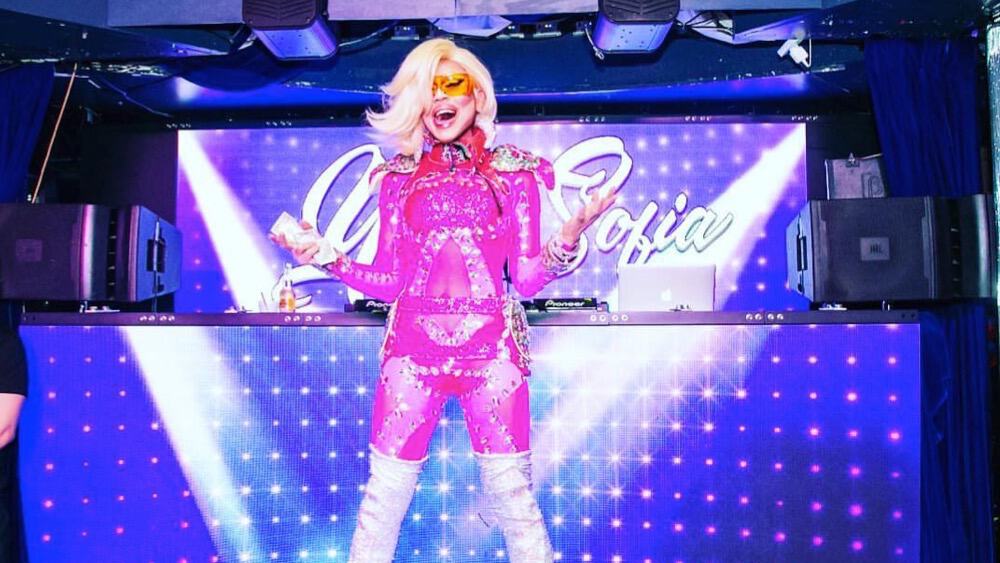 This season on RuPaul’s Drag Race, Puerto Rico is definitely in the house, with two queens representing the “Island of Enchantment”!

Yara Sofia, from Manati, Puerto Rico has more talent and beauty than her native island can contain – and she’s ready to enchant the world!

Does this spicy, sexy performer have what it takes to be tops in the drag world.

Even though this queen is still working to improve her English, our interview proves that her many charms aren’t lost in translation!

Socialite Life: How did you start performing in drag?

Yara Sofia: Professionally, it was five years ago and (former Drag Racer) Nina Flowers gave me my first opportunity to perform. Before that, I used to wear my mom’s heels and I was so interested in this world.

SL: What is the drag scene like in Puerto Rico?

Yara: Well, it’s awesome, honestly. I think we have the most talented queens here – like Nina Flowers and Jessica Wild – and not too many people have the opportunity to see our shows. We have many drag queens. We have more drag queens than transexuals because in other countries like Venezuela, Colombia and Mexico, they have more transexuals. We have ladyboys – boys that only perform. That’s our job, you know what I’m saying? I’m sorry, English is not my first language! We love to perform, this is what we love. It’s kind of weird because we still have the boy look, but we perform…it’s our job. We have too many talented queens here and it’s hard to get shows because we have too many!

SL: When you started working on the show, were you excited to see another queen from Puerto Rico (Alexis Mateo)?

Yara: The answer is yes! I didn’t know her and she’s from Puerto Rico but she had never performed here before. And when I saw her…I wasn’t expecting another person, but I was like “Oh my God! She’s from Puerto Rico. Fine.” that’s what I thought. And at least she could help me translate – if you see me lost, please help!

SL: Alexis told me that you two lived close to each other in Puerto Rico but that you had never met.

Yara: No. It was so weird because, let me tell you, we know everybody and when you come here I can introduce you to too many people because Puerto Rico is so small; and it’s so weird because Alexis used to live near…so close to me. It’s funny.

SL: What is your favorite thing about performing?

Yara: Well, it’s like a fantasy. It’s like another dimension, it’s how I express myself. To me, Yara Sofia is an extension of my persona. Yara is so free to express her feelings and her thoughts and her movements and talents…I love to perform because of that. As a boy, I’m probably a little shy, but in drag, I feel free and I love to perform. I love it!

SL: How would you describe Yara’s look?

Yara: Well, I have a few looks. I love to always be different, so I have like three looks: the Latina one with the brown hair and highlights, which is softer. And I have the edgy Yara Sofia and that’s my favorite. I love to be edgy. I love a strong woman who’s also sweet and there’s love involved – like Morticia from The Addams Family – she’s got a dark look but inside there’s this strong woman who feels – I love that. I don’t like to be bald. To me, a strong woman is not like a bald club kid. You know what I’m saying? It’s like Nina Flowers – flat chest, no. My other look is the Yara Sofia who does characters. I don’t know how to say it, is someone who loves celebrities like Cher, Rihanna and Beyonce and it depends. Those are my three looks and I can say this is my trademark.

SL: Who are your inspirations?

Yara: I love Lady Gaga, of course. Alexander McQueen, I think. Michael Kors – I would say fashion inspires me. I love to make clothes like theirs. I love Alexander McQueen, and that’s my inspiration. For example, if I see Alexander McQueen’s fashion show, I’m going to take that inspiration and bring it together. I love fashion – fashion is my biggest inspiration. Oh, by the way, I used to do Lady Gaga a few years ago and nobody knew about her! When I finished my performance, people told me, “Oh my God! I love that song.” And I said, “It’s Lady Gaga.” And they were like, “Who?” But I was attracted to Lady Gaga and I wanted to imitate her because of the fashion. I like the music but the most important thing I see are the clothes.

SL: Do you design your own costumes, or do you have someone make them for you?

Yara: It depends. I have a close friend who used to go to school with me and the most of my clothes I made myself.

SL: Did you have any formal training in fashion design, or did you just pick up your skills along the way?

SL: What was your reaction when you found out that you were going to be on Drag Race 3?

Yara: The whole process was kind of long – you have to go step by step and I was like, “Oh my God. They’re not going to pick me.” That’s what I thought, they weren’t going to pick me. I don’t want to be disappointed. I was expecting them not to pick me – that’s it. They know. Finally they told me, “You know what, you are on RuPaul’s Drag Race” and I screamed! I was driving and I was screaming – it was so funny, I almost got in a car accident!

SL: What do you think makes you stand out from your Drag Race competition?

SL: What do you feel you’ve gained from being on the show? Did you learn a lot from the other queens?

Yara: Yes! Of course. I learned so many little details and for me it was so helpful. For example, to take off glitter with duct tape, I didn’t know that! That’s so wise – details like that helped me to grow even more in this industry. If I put together all of the details I learned, it would be like a school curriculum!

SL: What are your career aspirations beyond the show?

Yara: I would love to open my fashion line just for queens. In Puerto Rico, this is my job. I make costumes just for queens. Well, I do have some clients who are biological women but they are singers and they perform here in Puerto Rico and I make clothes for them. Most of my clients are queens. Of course, I also love to perform so I would love to combine those two things.

SL: Are you planning to come perform in the US more now?

Yara: Yes! As I told you, it’s kind of hard to get jobs here because there’s a lot of queens, it’s hard here in Puerto Rico – and it’s even harder to get in the fashion industry.

SL: Do you have a way for people to stay in touch with you?

Socialite Life debuted back in 2003. SL Flashback showcases some of our favorite content from years past. This article was originally published on January 21, 2011.

Lord Help Us All, Scott Disick Gets His Own Show, Nicolas Cage Sings ‘Purple Rain’ and More — Endnotes