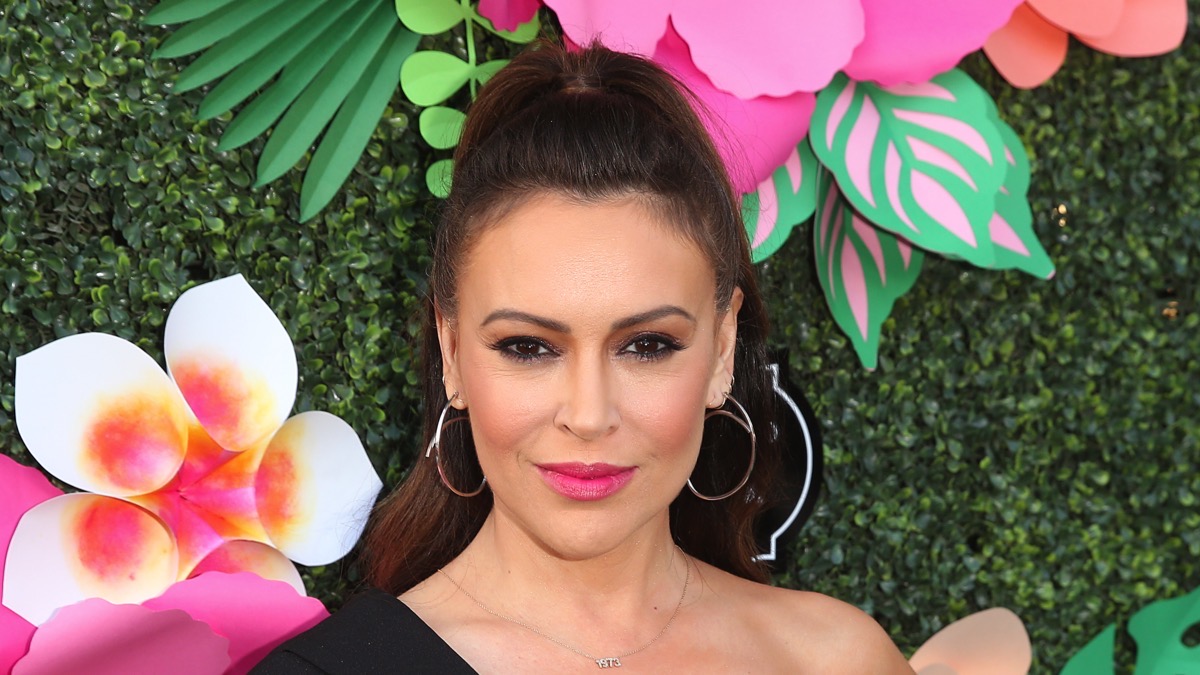 The Charmed actress, 47, furiously shut down all allegations in a straight to the point tweet after she was accused of wearing Blackface in a 2013 video.

Fox News commentator Laura Ingraham founded a site called Lifezette, and it was there that a reporter wrote an article accusing Alyssa Milano of Blackface.

After some people alleged that her heavy fake tan in the video was an attempt at doing Blackface, Alyssa slammed critics and said she was “parodying Jersey Shore and Snookie’s tan.” You can watch the video below.

Taking to Twitter to bash the speculation, Alyssa penned: “Hey, assholes. The below picture is me parodying Jersey Shore and Snookie’s tan.

“Snookie’s tan (she is a sweetheart by the way) is worthy of parodying as is Trump’s ‘tan’.”

She added: “So go fuck yourselves with your smear campaign.”

Under her tweet, the star posted the link to her seven-year-old video, which indeed was a Snooki parody clip.

The short parody video poked fun at a Dove advert that showed how the beauty industry manipulates images to set unrealistic beauty standards for women.

Alyssa’s clip, however, saw her transform into an exaggerated version of Snooki, saying that her tan had been manipulated to “distort” perceptions of New Jersey, where the popular MTV show is set.

Jersey Shore star Snooki – whose real name is Nicole Polizzi – was known for her heavy fake tan and makeup during her years on the hit reality TV show from 2009 up until 2012.

Mark Wahlberg Reveals He Is ‘Allergic to Almost Everything’