While Ariana Grande‘s fans have been living for her new song, it has caused quite the controversy after multiple rappers have been accusing her of copying it.

Sounding like a combination of 2 Chainz’s “Spend It” and Soulja Boy’s “Pretty Boy Swag,” the 25-year-old has been accused of ripping off some famous rap artists in her latest single.

And one of the most recent has been rapper Princess Nokia, who played a clip from the song, and smirked into the camera in a now-deleted video as she quipped:

“Does that sound familiar to you? Because that sounds really familiar to me. Oh my God. Ain’t that the lil’ song I made about brown women and their hair? Hmm … sounds about white.”

Grande later wrote on her Instagram Story: “‘You like my hair? Gee, thanks, just bought it’… White women talking about their weaves is how we’re gonna solve racism.” 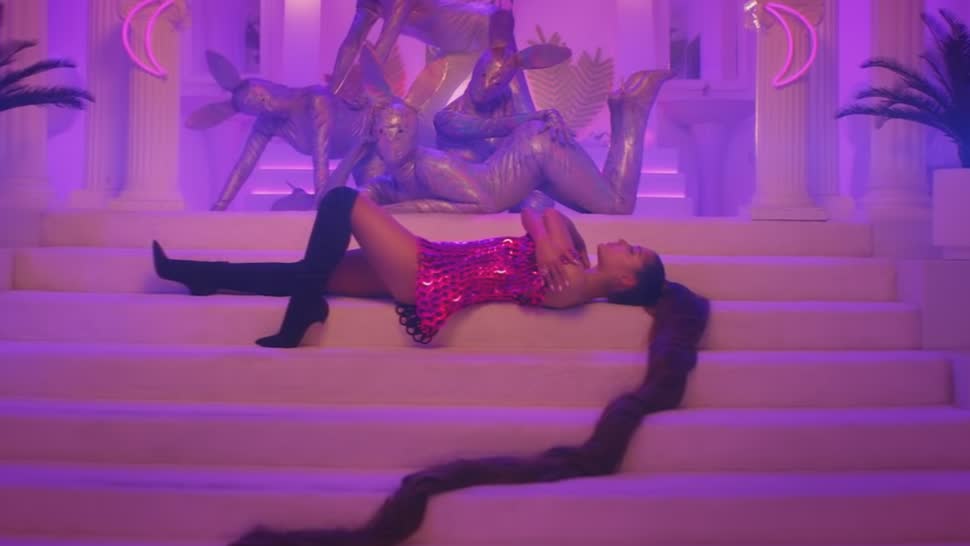 The Shade Room posted a screenshot of Grande’s social media snafu, the 25-year-old slid into the comments section with a heartfelt apology.

“Hi hi,” she wrote. “I think her intention was to be like… yay a white person disassociating the negative stariotype [sic] that is paired with the word ‘weave’… however I’m so sorry my response was out of pocket or if it came across the wrong way. Thanks for opening the conversation and like… to everyone for talking to me about it. It’s never my intention to offend anybody.”

All that said, Ariana’s “7 Rings” broke Spotify’s record for most streams within the first 24 hours with nearly 15 million streams.

13 Reasons Why star Tommy Dorfman comes out a trans woman

Cameron Diaz Thinks She Bought Pot From Snoop Dogg; Didn’t We All?

Zachary Quinto and Jacob Elordi starring in He Went That Way